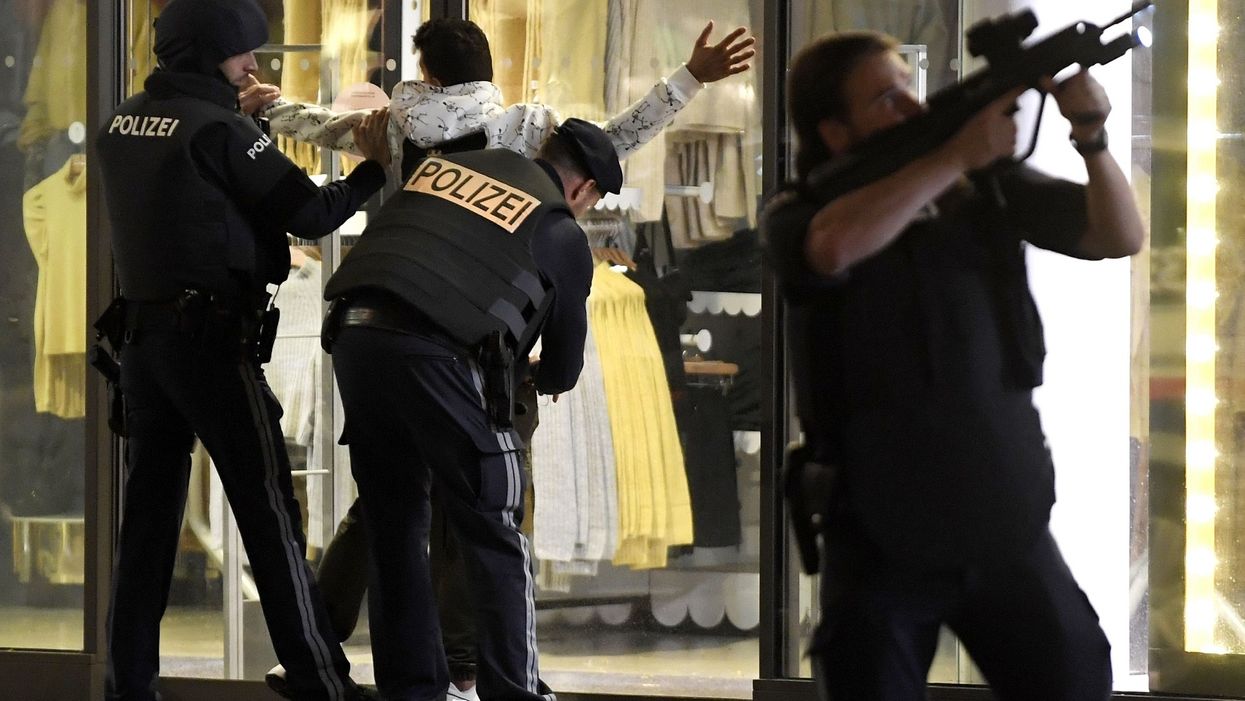 At least one victim was killed and 15 people wounded in suspected terrorist attacks at multiple locations Monday night in Vienna, Austria. One alleged perpetrator was also killed by law enforcement, and a police officer is among the wounded.

The Associated Press reported that police “said several shots were fired” in “a lively street in the city center and that there were six different shooting locations,” adding that “Austria’s top security official said authorities believe there were several gunmen involved and that a police operation was still ongoing.”

Gunfire broke out near the central synagogue in the Austrian capital shortly after 8 p.m. local time, but it is unclear whether the place of worship was a target because it was closed at the time.

Interior Minister Karl Nehammer told the media, “At the moment I can confirm we believe this is an apparent terror attack,” according to Reuters.

Authorities gave no indication of the identity of the assailants or reason for the attack.

Sky News reported that 15 people were transported to a hospital for treatment of injuries, and seven of them were seriously wounded. One of the injured is a law enforcement officer.

One civilian has been confirmed dead, and one suspect was killed by police.

Viennese police on Twitter warned locals to stay away from public places and public transport. Monday is the last night before Austria’s nationwide coronavirus lockdown begins, and some had therefore decided to go out to restaurants, bars and other venues. Many are now trapped in these places in the city center.

Vienna’s chief Rabbi Scholomo Hofmeister told British radio outlet LBC that he witnessed “at least two” gunmen firing upon bar and restaurant patrons at the scene of one of the attack locations.

The attacks on Vienna follow two recent terrorist attacks in France that left four people dead — two of whom were decapitated — following the republishing of satirical cartoons by Charlie Hebdo magazine, which depicted the Islamic Prophet Muhammed.

France is now facing a boycott by hard-lined Muslims in countries across the globe, and demonstrations were held worldwide. Tens of thousands of Muslims have marched in the streets condemning the cartoons as blasphemy, even hanging and burning effigies of French President Emmanuel Macron after he condemned the murders and defended the right to free expression.

Macron tweeted in German on Monday, “”We, French people, share in the shock and sorrow of Austrians after an attack in Vienna. After France, another friendly country has been attacked. This is our Europe. Our enemies must know who they are dealing with. We will not give up.” 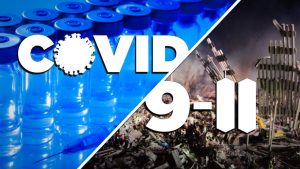 9/11, as we were told repeatedly in the days, weeks, and months after the attack, was the day that changed everything. And now a new event has come along to once again throw the world into chaos. But whereas the post-9/11 era introduced America to the concept of homeland security, the COVID-19 era is introducing the world to an altogether more abstract concept: biosecurity. This is the story of the COVID-911 security state. 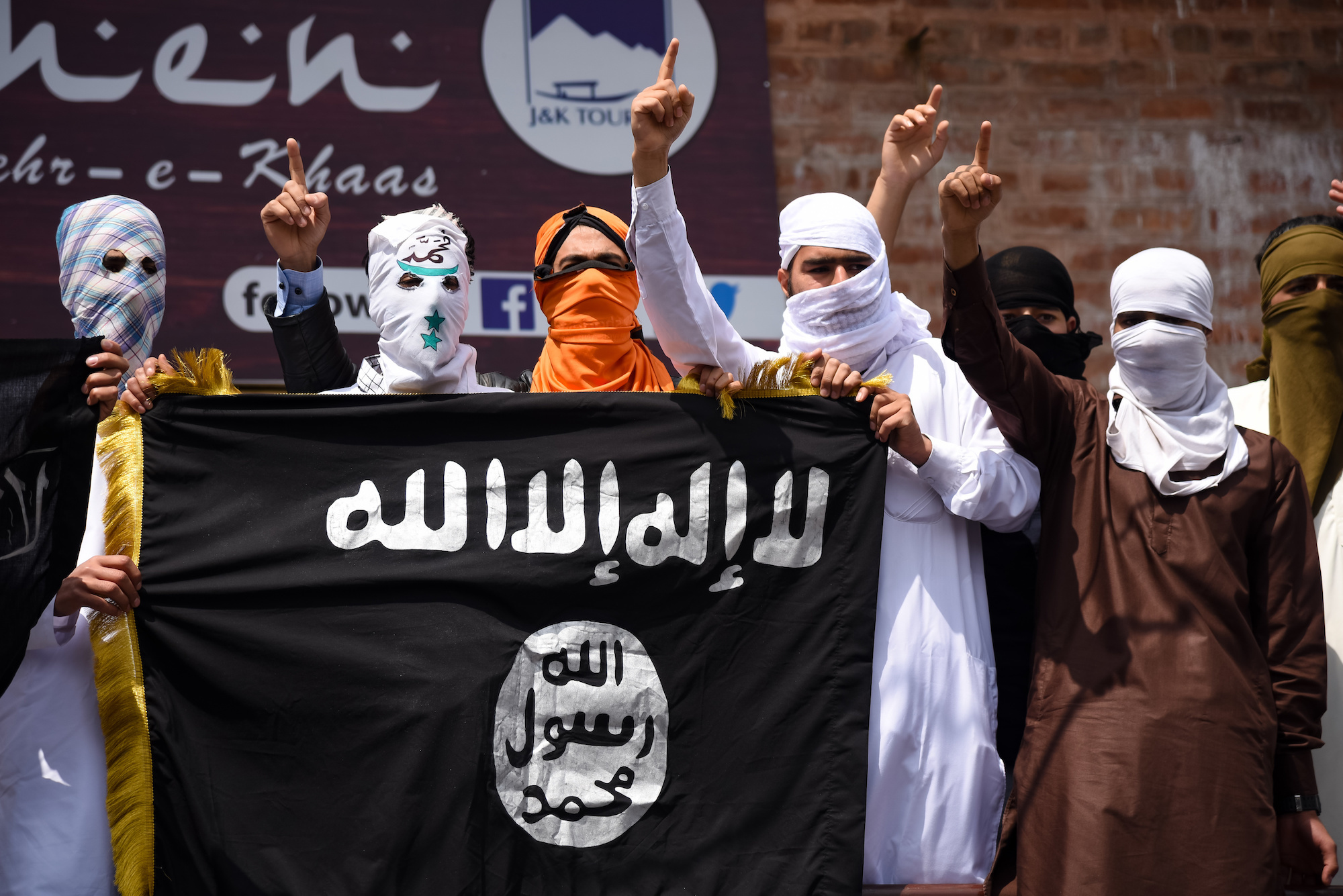 Islamist terror group ISIS issued a travel advisory to its members to avoid Europe because of the coronavirus, calling it the “land of the epidemic.”

Homeland Security Today reported the message from the editors of the terror group’s weekly newsletter, Al-Naba.

“The healthy should not enter the land of the epidemic and the afflicted should not exit from it,” the message read.

The full-color infographic also claimed that the numbers of those who had perished from the disease was much greater than what was reported.

They added that China was “claiming the recovery and discharge of some patients with the disease… to reassure people, and to reduce the catastrophic effects.”

The coronavirus epidemic originated in Wuhan, China, but has spread worldwide. Hardest hit have been the countries of Italy and France. In the United States, officials have called on Americans to practice “social distancing” and avoid crowds in order to prevent the spread of the virus.

In a previous Al-Naba newsletter, ISIS acknowledged that many Muslims were calling the virus a “punishment from God Almighty.”

ISIS also exhorted their members to “cover the mouth when yawning and sneezing.”

Here’s more about ISIS and coronavirus: 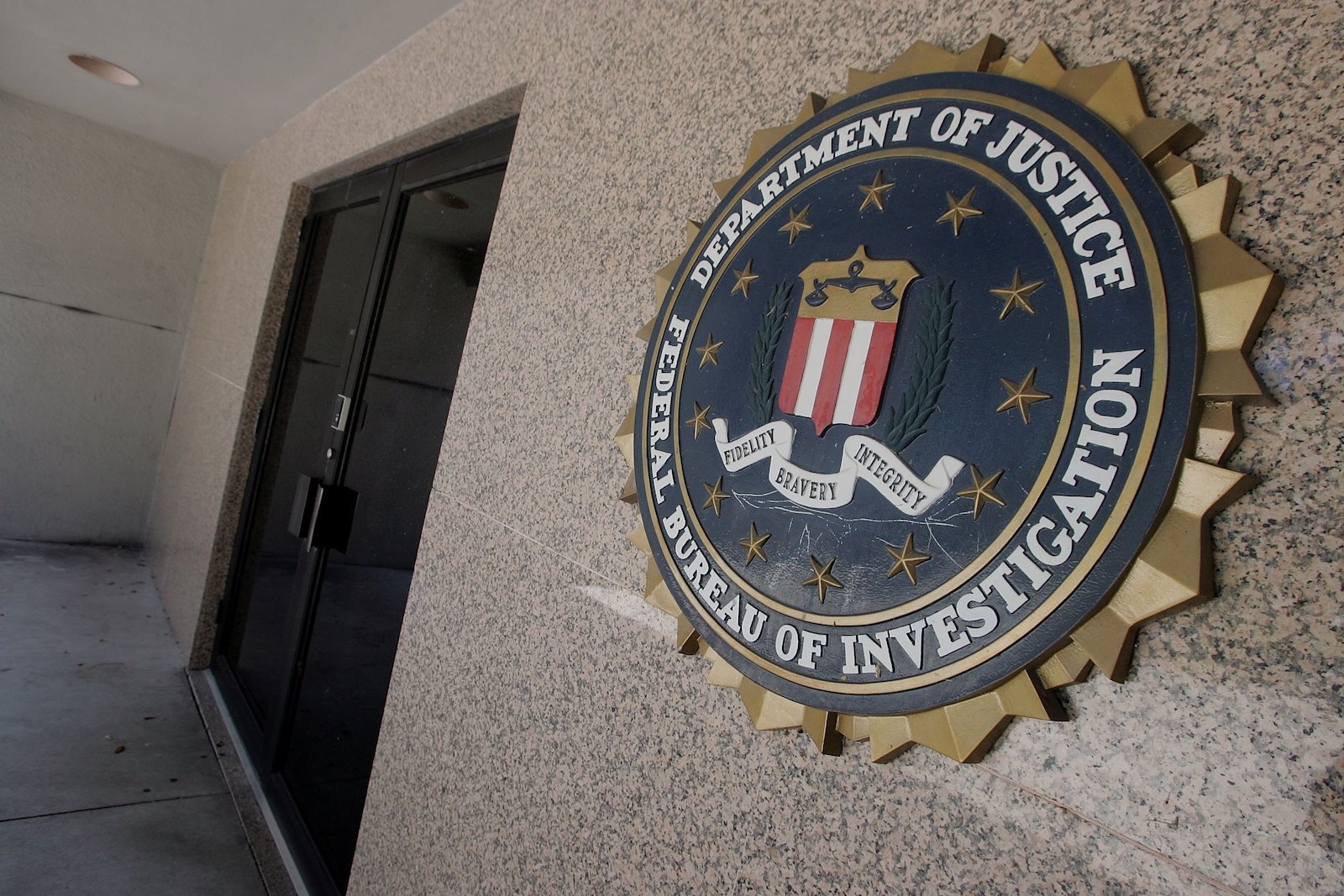 The Department of Justice’s government watchdog has released a report faulting the Federal Bureau of Investigation for how it has handled information on potential homegrown terror threats.

The report, released Wednesday by Inspector General Michael Horowitz, focused on the bureau’s efforts to investigate and identify homegrown violent extremists, or HVEs, which it defined as “global jihad-inspired individuals who are in the United States, have been radicalized primarily in the United States, and are not receiving individualized direction from a foreign terrorist organization (FTO).”

Among the problems that the investigation found were that some of those designated extremists went on to conduct terror attacks after they had already been on the FBI’s radar.

“Since September 11, 2001, HVEs have carried out over 20 attacks in the United States, some of which occurred after the FBI closed a counterterrorism assessment or investigation on the individual,” the report explained. “During our audit, we found at least six attacks committed in the United States by individuals who the FBI had previously assessed or investigated and who were subsequently categorized as HVEs.”

Among such attacks listed in the inspector general’s report are the 2013 Boston Marathon Bombing, the 2009 Fort Hood Massacre, and the 2016 Pulse Nightclub shooting.

Furthermore, while the bureau conducted reviews in the wake of attacks by people previously designated as HVEs in order to figure out what went wrong in the investigation process, a related news release explained, “FBI did not ensure that all field offices and headquarters implemented recommended improvements and subsequent policy requirements.”

Therefore, it added, “FBI field offices continued to conduct some counterterrorism assessments that did not meet FBI requirements or standards.”

But the report also noted other follow-through problems associated with a widespread review of previously closed counterterrorism assessments that the FBI conducted in 2017. The review found that 6% of the cases it looked over didn’t properly assess potential threats and needed further investigation, the reports notes.

However, “nearly 40 percent” of those flagged assessments “went unaddressed for 18 months after deficiencies were known,” the report said. “As a result, potential terrorist threats were not mitigated for more than 1 year.”

In a Wednesday video address describing the investigation’s findings, Horowitz acknowledged, “This is a particularly challenging area for the FBI because of the need to preserve constitutional protections while maintaining national security.”

He added that his office has made seven recommendations for the FBI to address the listed problems, “and the FBI has agreed with all of them.”

Horowitz was also the inspector general behind the December report on the origins of the FBI’s Trump-Russia probe that found “at least 17 significant errors or omissions in the Carter Page FISA applications.”