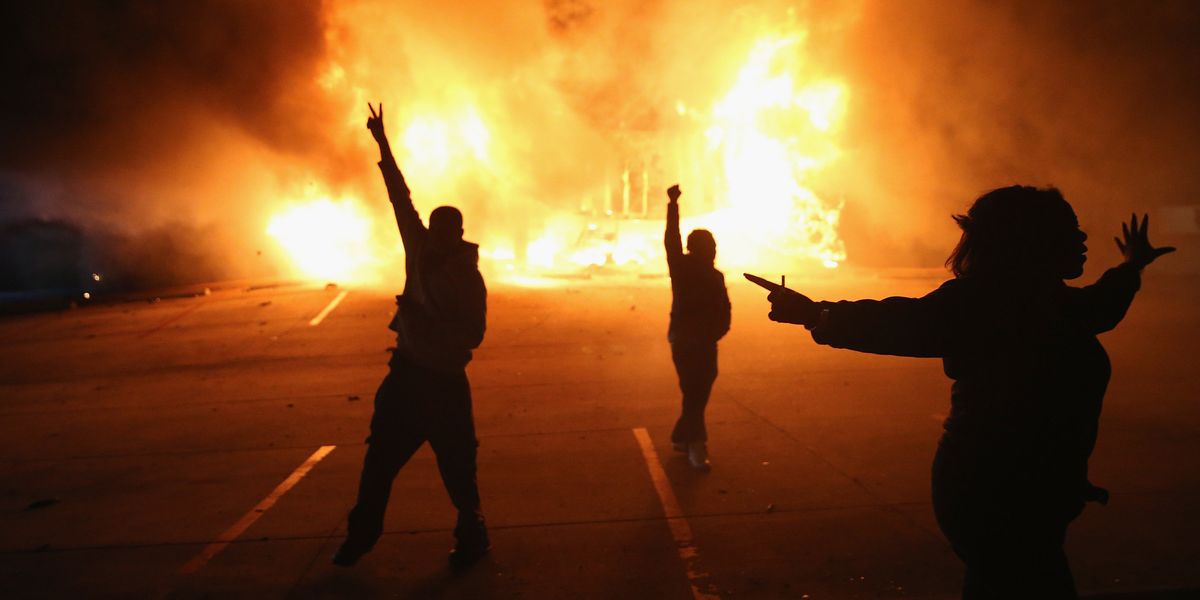 A majority of voters surveyed by a Fox News poll say that Black Lives Matter demonstrations are riots rather than protests.

The findings come amid months of heightened police-community tensions following the death of George Floyd in May.

The poll, released on Sunday, found that 48% of likely voters believe protests taking place across the country — in cities such as Rochester, Portland, and Kenosha — are riots, while 40% view the demonstrations as protests.

According to Fox, the national survey is the first the network has conducted among likely voters in 2020.

Of those responding, 39% said that violence stemming from the demonstrations is due to “left-wing radicals,” while 33% blamed “right-wing radicals”; 9% of respondents said that blame could be apportioned to both sides.

The poll’s findings were split along party lines, with 68% of Republicans referring to the demonstrations as riots and just 30% of Democrats agreeing.

Along racial lines, 52% of white voters said the protests are riots, while 62% of black respondents and 48% of Hispanic said they are demonstrations.

The poll also asked respondents who they would vote for if the election were held today.

The Biden-Harris ticket, according to the poll, was ahead of the Trump-Pence ticket 51-46.

“That 5 percentage-point advantage sits right at the margin of sampling error of the latest Fox News survey,” the outlet pointed out, however, which was conducted following both the Democratic and Republican national conventions.

“Despite the often tumultuous events of the day, campaigns are often about partisan homecoming. Trump may be benefiting from this dynamic,” Republican pollster Daron Shaw — who conducts the Fox News Poll with Democrat Chris Anderson — said. “It looks like Republican-leaning undecided voters have come around, both in the ballot and his job ratings.”

You can read more on the poll’s findings here.