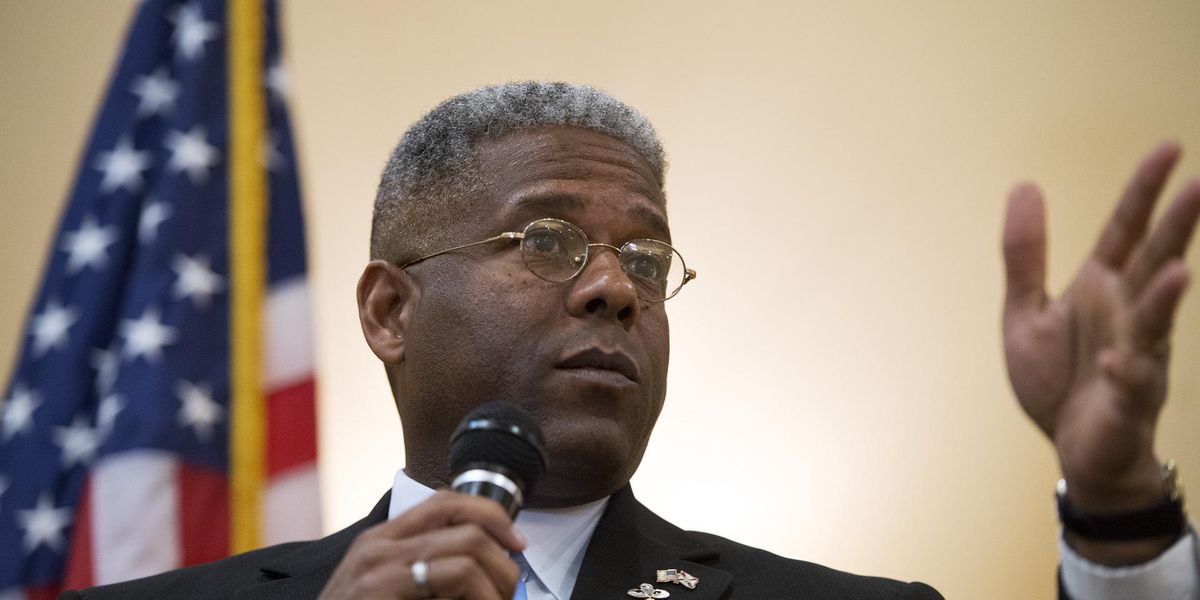 Former Florida congressman and retired Army Lt. Col. Allen West is stepping down as chair of the Texas Republican Party, sparking rumors that he is looking at another run for office.

The Texas GOP issued a statement Friday morning announcing that West “submitted his irrevocable resignation to the officials’ meeting” and “will remain at the helm of the Texas GOP until a new Chairman can be selected on July 11th at an undetermined location as of now.”

The party wrote that West “expressed his humble gratitude and stated that ‘it has been my distinct honor to serve as Chairman of the Republican Party of Texas. I pray Godspeed for this governing body.'”

“Lt. Col. Allen West will take this opportunity to prayerfully reflect on a new chapter in his already distinguished career,” the news release went on to say.

The Washington Times reported that West’s “resignation comes less than a year after he entered the job.” The outlet went on to note that “the former congressman has not ruled out challenging Republican Texas Gov. Greg Abbott (R), who was endorsed by former President [Donald] Trump on Wednesday.”

The Texas Tribune reported that West also raised the prospect of a run for Congress. He is a resident of the 32nd Congressional District, “and there’s a guy in Texas 32 I really don’t care for being my congressional representative,” West said, the outlet reported. That incumbent is Democratic Rep. Colin Allred of Dallas.

West did not say when he would announce a decision on his next step, the Tribune reported. He told a reporter that his “timeline is in my head and not in yours yet.”

The Texas Republican Party also stated that West’s “tenure has been marked by a remarkable commitment to our grassroots organizers as well as tireless effort to make gains on our Legislative Priorities such as Constitutional Carry, the Heart Beat Bill, and Election Integrity.”

West made headlines last December when he suggested some states secede from the United States in reaction to the U.S. Supreme Court turning down Texas’ lawsuit seeking to overturn Electoral College votes in four other states.

“This decision will have far reaching ramifications for the future or our constitutional republic,” West wrote at the time. “Perhaps law-abiding states should bond together and form a Union of states that will abide by the constitution.” 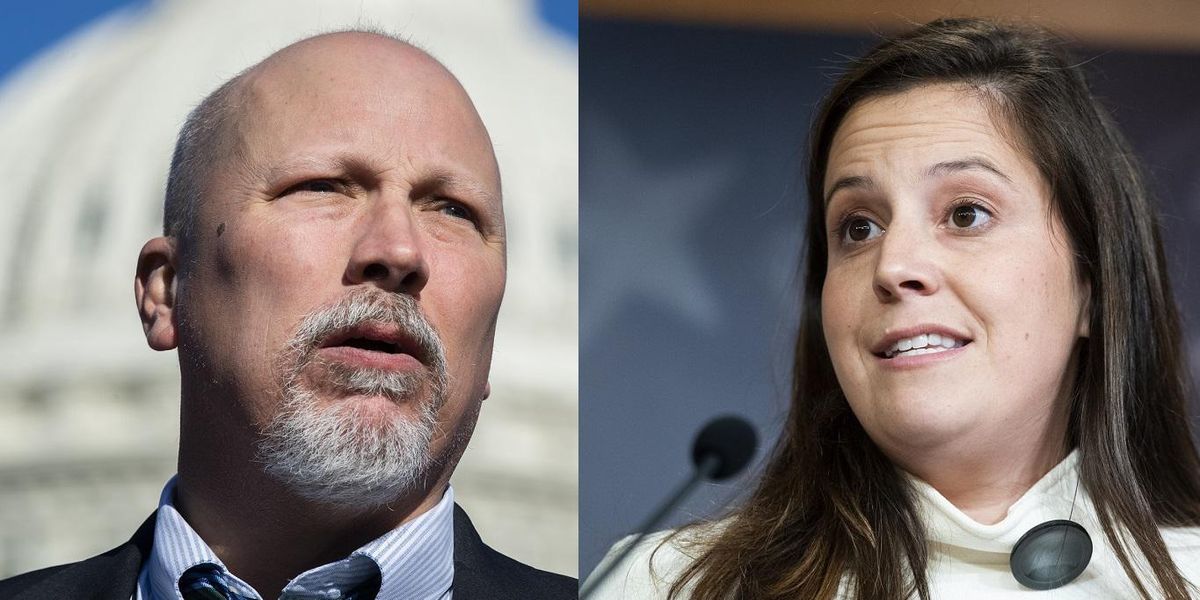 The Daily Caller first reported that according to two sources, Roy is considering throwing his hat in the ring against Stefanik for the No. 3 position in House GOP leadership.

When reached for comment on the prospect, Roy’s office told the outlet, “While not ruling anything out, Congressman Roy has never sought a position in conference leadership. His focus is on serving Texas’ 21st Congressional district … But if the position must be filled, then this must be a contested race — not a coronation.”

Cheney was ousted from leadership Wednesday in a voice vote, over her continued vocal opposition to Republicans supporting former President Donald Trump, after she voted to impeach him for allegedly inciting the Jan. 6 storming of the Capitol by a mob of his supporters.

Stefanik has been widely floated as a replacement for Cheney, and Trump himself issued a statement endorsing her.

But on Tuesday, Roy sent a letter to all House GOP members urging them to pick someone other than Stefanik for the role, citing her “liberal” voting record .

He wrote to his colleagues, “With all due respect to my friend, Elise Stefanik, let us contemplate the message Republican leadership is about to send by rushing to coronate a spokesperson whose voting record embodies much of what led to the 2018 a**-kicking we received by Democrats.”

The congressman also said in his letter that he would vote to recall Cheney.

Meanwhile, Cheney remains defiant after being booted from leadership.

She told NBC News’ Savannah Guthrie following the vote that she intends to be “one of the leaders in a fight to help restore” the Republican Party, “in a fight to bring our party back to substance and principles.”

When Guthrie noted that Trump’s allies were actively seeking to find a primary challenger to oust her from Congress entirely, Cheney replied, “Bring it on.” 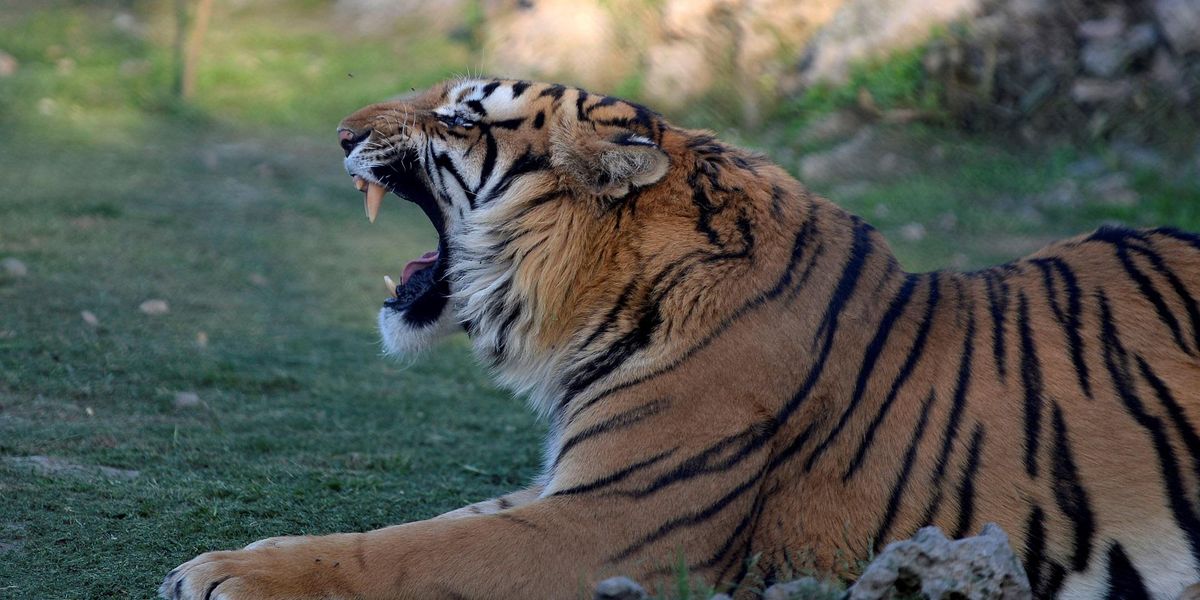 A murder suspect out on bond has been apprehended after going on the run with his pet Bengal tiger who was found running loose Sunday in a Houston neighborhood.

Several videos began circulating online from witnesses in a West Houston neighborhood, showing what one onlooker observed was an adult “freakin’ Bengal tiger” crouched in a yard, wearing a collar.

Multiple videos show a man wearing a black shirt — later reported to be an off-duty sheriff’s deputy — holding a gun on the beast, poised to shoot, but he does not. In one, he tells the purported owner of the predator, “F*** you and your f***ing tiger. Get the f*** back inside.”

But later video shows the presumed owner walking the tiger back to a residence as the deputy (with his gun lowered) yells repeatedly, “GET THE TIGER BACK INSIDE!”

In clips obtained by ABC News, a child can be heard asking, “There’s a tiger in the neighborhood? Like, why would he even be here?”

Authorities are searching for a man whose tiger was found wandering around a neighborhood in Houston.

Fox News reported that once deputies arrived, the owner of the tiger loaded the big cat into a white Jeep Cherokee and fled. Officers took chase, but the Jeep got away.

According to Buzzfeed News, Houston police later identified the tiger owner as Victor Hugo Cuevas, 26, who was out on bond after facing a murder charge from an unrelated incident in November.

The outlet noted that “fleeing from police and being in possession of the tiger could violate his bond terms.” Tigers are not allowed within the city limits of Houston. Authorities are also seeking two monkeys Cuevas is believed to own.

“My main concern right now is focusing on finding him and finding the tiger because what I don’t want him to do is harm that tiger. We have plenty of places we can take that tiger and keep it safe and give it a home for the rest of its life,” Houston police Commander Ron Borza said during a news conference Monday.

“If that tiger was to get out and start doing some damage yesterday, I’m sure one of these citizens would have shot the tiger,” Borza added. “We have plenty of neighbors out here with guns and we don’t want to see that. It’s not the animal’s fault. It’s the breeder’s fault. It’s unacceptable.”

The landlord of the property where the tiger and monkeys are believed to have been kept reportedly told KHOU-TV that the tenants initially told him they did not own any pets, and he has begun the eviction process.

ABC News reported late Monday that Cuevas “is now in custody, according to Houston police, but the ‘whereabouts of the tiger are not yet known.'” 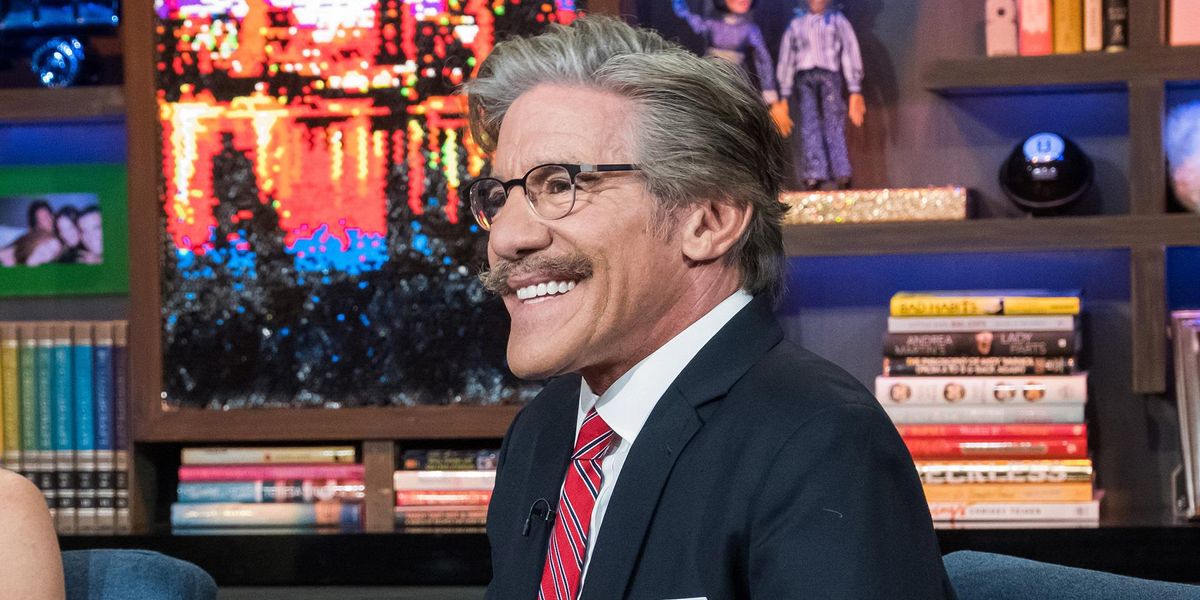 Fox News correspondent-at-large Geraldo Rivera this week floated the idea of running to be Ohio’s next U.S. Senator, but quickly abandoned the idea for the time being saying that his employer “freaked out” over the prospect.

Rivera, 77, announced Wednesday that he was mulling over a bid to replace outgoing Sen. Rob Portman (R-Ohio) in 2022, tweeting, “Pondering running for retiring @senrobportman seat in United States Senate. #GoBuckeyes,” in a message sent from Siesta Key, Florida.

He encouraged folks to “spread the word” and “come on board early,” sending out hashtags showing support of his “dear friend” former President Donald Trump, along with Rep. Jim Jordan (R-Ohio), and his own potential Senate bid with #Geraldo4Ohio.

Rivera also pitched a slogan, declaring, “From the Great River to the Great Lake, I’ll fight for you.”

The next day, Rivera tweeted, “After a 36-hour pondering whirlwind I’ve decided not to seek public office. Erica and I deeply appreciate the good wishes of those cheering the idea.”

@wtam1100 After a 36-hour pondering whirlwind I’ve decided not to seek public office. Erica and I deeply appreciat… https://t.co/qcHnwlgsTn

During an appearance on “Fox & Friends” on Friday, co-host Steve Doocy asked Rivera, “What is the deal? You made news earlier this week suggesting you might run for office, but then I read yesterday you apparently sobered up.”

“Well, you know what happens,” Rivera replied. “You wake up, you have a dream, and the thing is you probably should keep your dream to yourself but instead I started talking to Erica about it. We both got very enthusiastic, we really do think that — you know, I’m a moderate Republican — we could do something in a state like Ohio.”

The pundit said “the reaction, the initial vibe was great but it was also much more overwhelming than I ever expected.”

“Fox freaked out, [and] said ‘pick a lane: are you a journalist or a politician?'” he continued, admitting, “I wasn’t ready to jump off my current turnstile, so instead I had to kind of embarrass myself and say ‘never mind.'”

Rivera went on to list some of his general political perspectives that he believes “would have played” in “a state like Ohio” before conceding, “I’m not prepared yet to leave my current profession. Maybe if I’d kept my mouth shut another six months it would have been a different story.”

Doocy then cut in, telling the audience of Rivera, “He’s a dreamer, in so many ways.”


Geraldo Rivera Explains Why He’s Not Running For Senate