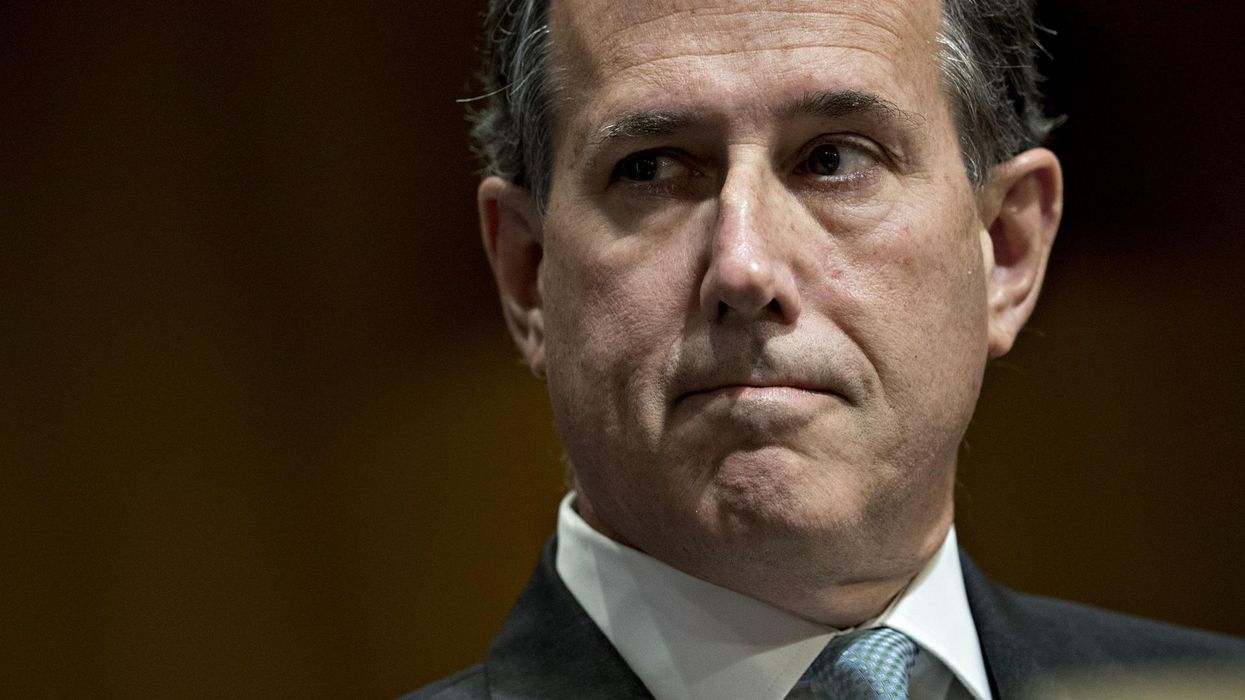 Far-left network CNN announced over the weekend that it has “parted ways” with conservative contributor Rick Santorum, following uproar over comments he made about Native Americans in a recent speech.

HuffPost was first to report Saturday that CNN “terminated” its contract with Santorum, a former Republican senator, amid calls to fire him over comments he made during a speech for Young America’s Foundation.

“If you think of other countries like Italy, Greece and China, and Turkey and places like that, they’ve all sort of changed over time, I mean, they’ve been there for millennia, in many cases, and their culture has sort of evolved over time,” Santorum told the audience.

The remarks drew furious condemnation online — including from one of his CNN colleagues who called him a “white supremacist.”

Santorum responded to the initial backlash with a brief statement, saying, “I had no intention of minimizing or in any way devaluing Native American culture.”

The senior political commentator was then confronted about his comments during an appearance on “Cuomo Prime Time,” where he told host Chris Cuomo that he “misspoke,” explaining, “I was talking about the founding, and the principles embodied embodied in the founding.”

“I would never, and you know, people have said, ‘Oh, I’m trying to dismiss what we did to the Native Americans,'” Santorum continued. “Far from it! The way we treated Native Americans was horrific. It goes against every bone and everything I’ve ever fought for, as a leader, in the Congress.”

One CNN executive told HuffPost that Santorum’s response on Cuomo’s show was the nail in the coffin for ending his tenure with the liberal network.

“Leadership wasn’t particularly satisfied with that appearance,” the executive told the outlet. “None of the anchors wanted to book him, so he was essentially benched anyway.”

In a story acknowledging that it had “parted ways” with Santorum, CNN pointed out two other conservative pundits who exited the network “amid controversy.”

Former Reagan staffer Jeffrey Lord was let go from the network in 2017 after controversially tweeting the words, “Sieg Heil!” at a liberal activist. Lord said that his message was misunderstood, and that he was mocking fascists, rather than glorifying Nazis as he had been accused by critics.

Then in 2018, CNN pulled the plug on former George W. Bush staffer Paris Dennard over allegations that he was terminated from Arizona State University “for making sexually explicit comments and gestures toward women.”

Dennard told the Washington Post that the allegations against him were “false,” saying in a statement, “It is sadly another politically motivated attempt to besmirch my character, and shame me into silence for my support of President Trump and the GOP.”