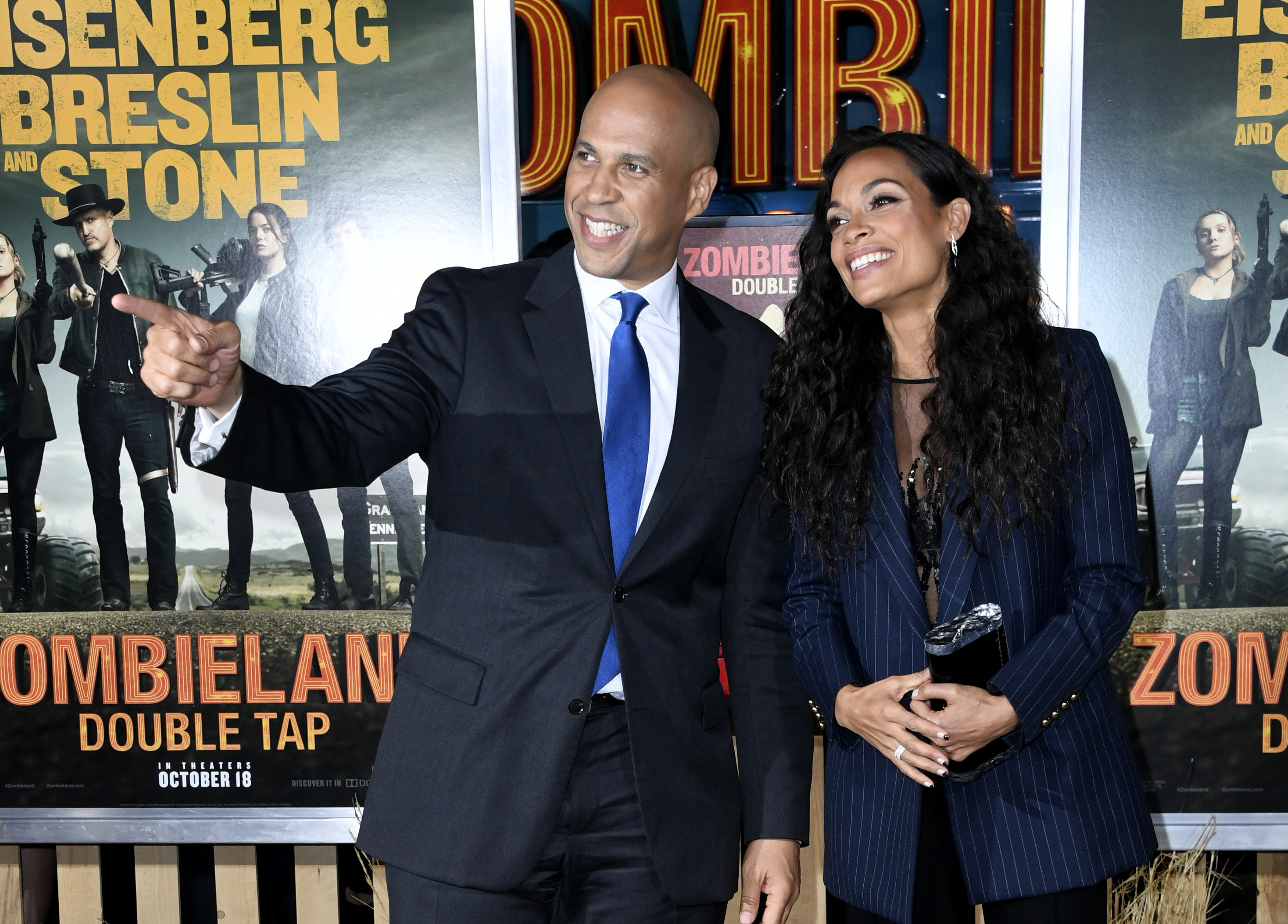 During a Friday interview with Bustle, Dawson said that she’s not exactly straight despite dating a man.

She wrote, “Happy pride month! Sending love to my fellow LGBTQ+ homies. Keep being strong in the face of adversity. Loud & proud.”

Just months later, it was announced that she was dating Booker — a male.

“People keep saying that I [came out],” she said of the post during the interview. “I didn’t do that. I mean, it’s not inaccurate, but I never did come out come out. I guess I am now.”

She added, “I’ve never had a relationship in that space, so it’s never felt like an authentic calling to me.”

Of her relationship with Booker, the activist actress says she’s comfortable she “found [her] person” despite it being a public government figure.

“It’s the first time I felt like I had to be responsible about my choice of love, which is a challenging thing to do,” she admitted. “If you fall in love, you fall in love. But there’s another aspect I had to consider: what this meant in [putting] a microscope on my family and particularly on my daughter. … But in each other I think we found our person.”

In January, Booker announced that he was ending his presidential campaign.

In an email to his supporters, the New Jersey senator said:

It was a difficult decision to make, but I got in this race to win, and I’ve always said I wouldn’t continue if there was no longer a path to victory. Our campaign has reached the point where we need more money to scale up and continue building a campaign that can win — money we don’t have, and money that is harder to raise because I won’t be on the next debate stage and because the urgent business of impeachment will rightly be keeping me in Washington.