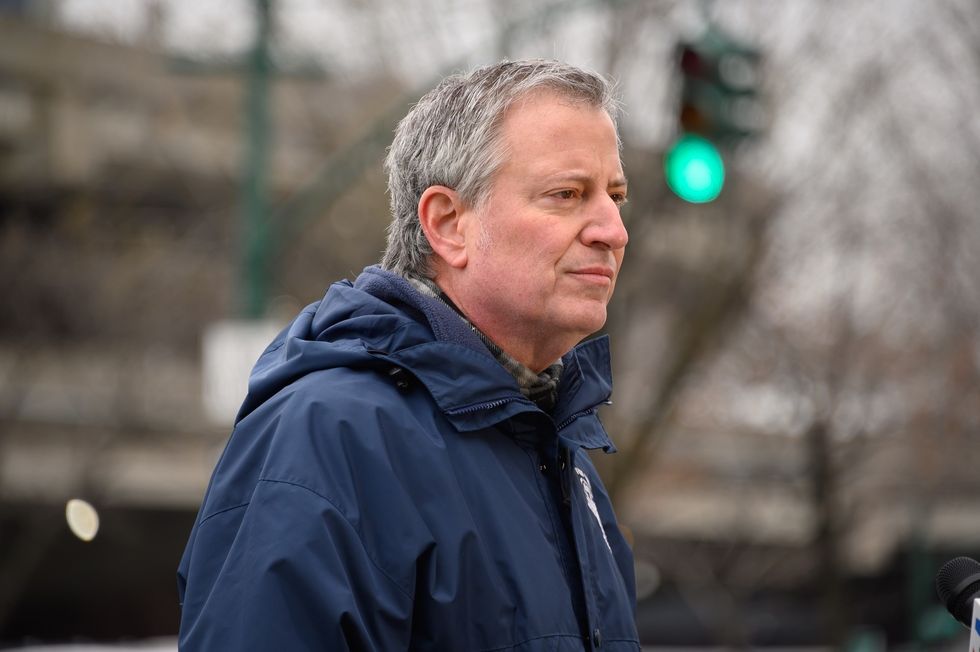 New York City Mayor Bill de Blasio’s (D) call for citizens to tattle on their fellow New Yorkers for violating social distancing guidelines backfired spectacularly, according to reports revealing that the text number became so overwhelmed with prank messages that it shut down over the weekend.

The mayor was even turned in, himself.

On Saturday, de Blasio released a video encouraging New Yorkers to take photos of individuals who may be violating social distancing rules, and to turn in offenders by texting the picture and location to a 311 number so that they could be reported to the police.

The mayor explained that it is “easier than ever” to tell on those who are breaking the rules.

But according to the New York Post, de Blasio’s “snitch number” was inundated with “penis photos” and “Hitler memes” amid a wave of prank messages.

In a separate report, The Post confirmed that the line was so overwhelmed with “crank complaints” that it briefly shut down on Sunday.

People also shared screenshots of their fake “reports” to the 311 number on Twitter in reaction to the mayor’s announcement, with several users flipping the bird. The mayor’s feed was also flooded with screenshots of him and other New York City officials encouraging large gatherings after the COVID-19 pandemic began.

One notable legitimate complaint, however, was when someone reported Mayor de Blasio to the 311 number for violating his own social distancing orders.

De Blasio and his wife, Chirlane McCray, were spotted earlier this month taking a stroll through a park that is roughly 12 miles from his home — despite the mayor’s insistence that New Yorkers should stay inside amid the pandemic.

Citing a report from the Daily Mail on de Blasio’s reaction to being called a hypocrite, one Twitter user told the mayor, “Thanks, Bill. I just reported you,” with a screenshot of her message to the 311 number saying, “Mayor bill isn’t adhering to lockdown rules.”