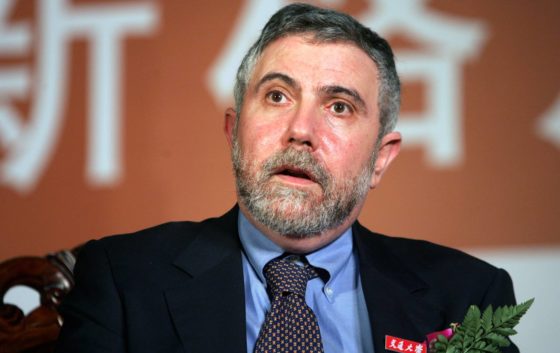 The ruling class has been warning us what’s coming, and still few are listening. Paul Krugman, infamous Kenysian even said: “one way or another, the economy is going to lockdown again.” That’s not a threat either. Rest assured, that’s a promise.

The elitists who use the puppets in the ruling class have been advertising their moves for a long time. Take Krugman’s promise, for example. “One way or another, the economy is going to lock down again,” he said on Tuesday night.  This is exactly what’s needed for the New World Order. They must fully decimate what’s left of the economy and kill the dollar to force everyone onto a one-world digital currency and universal basic income.

Ready For The “Third Wave?” They Are Starting The Propaganda For It NOW

FedCoin: A New Scheme for Tyranny and Poverty

Don’t want the COVID shot?  No money. Don’t want the flu shot? Can’t buy food. This is getting painfully obvious yet people are STILL in complete compliance mode and have acted as the perfect slaves for these psychopaths.

“This is where we’ve gotten to,” the noted economist lamented to CNN’s Don Lemon. “We squandered the chance to actually bring this thing (the coronavirus) under control,” he said, pointing to the premature reopening of states, which the propagandists need you to believe led to a “devastating resurgence of COVID-19.”

Krugman predicted a new lockdown would come about either “because governors and hopefully the president finally says ‘OK, we screwed it up, we need to do it over again’ or just because people are too afraid” to go out and resume business as usual. Did you catch that? They are literally telling us they need us to be afraid. Do these psychos actually feed on fear? Probably. It sure seems like it. The more terrified you are, the easier it will be to control you and the more egregious tyranny you’ll accept.

We are under full tyranny, and it’s getting worse by the day. Those who think “insurrection” is wrong, I implore you to use critical thinking for only a half a second and try to figure out how this entire country was formed in the first place. It certainly wasn’t by following the orders of anyone claiming to have power over others.

Wake up. Stock up on food because this autumn, things will start to unravel. 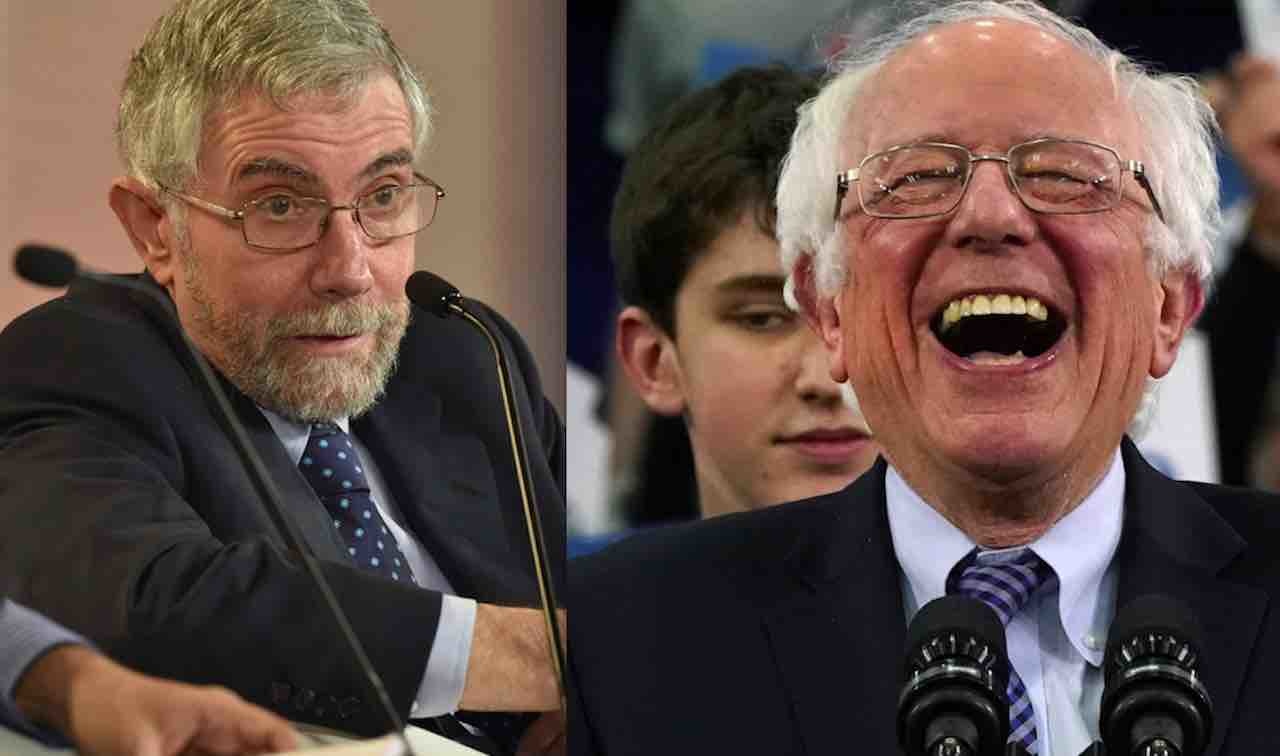 New York Times op-ed writer Paul Krugman — a lauded economist — has been with greater frequency of late delving into political punditry, albeit with varying degrees of success.

Beyond question is his devotion to left-wing causes and, to a lesser degree, the Democratic Party.

And now Krugman threw down a gauntlet that few could ignore: That Democratic presidential candidate Bernie Sanders — who just won the New Hampshire primary — isn’t a socialist. Check the headline of his Thursday op-ed if you doubt it: “Bernie Sanders Isn’t a Socialist.”

That’s right. And be damned the mountain of evidence indicating that Sanders not only is one but, er, refers to himself as one.

Krugman indeed is hip to the fact that Sanders calls himself a socialist — except he apparently just doesn’t buy it, noting that the 78-year-old Vermont senator “isn’t actually a socialist in any normal sense of the term. He doesn’t want to nationalize our major industries and replace markets with central planning; he has expressed admiration, not for Venezuela, but for Denmark. He’s basically what Europeans would call a social democrat — and social democracies like Denmark are, in fact, quite nice places to live, with societies that are, if anything, freer than our own.”

So why does Sanders call himself a socialist?

Krugman is glad you asked: “I’d say that it’s mainly about personal branding, with a dash of glee at shocking the bourgeoisie. And this self-indulgence did no harm as long as he was just a senator from a very liberal state.”

But now that Sanders is the unofficial Democratic front-runner and has his sights set on South Carolina, we’re talking about a whole new ballgame. Krugman knows this and added in his Times’ piece that “if Sanders becomes the Democratic presidential nominee, his misleading self-description will be a gift to the Trump campaign. So will his policy proposals. Single-payer health care is (a) a good idea in principle and (b) very unlikely to happen in practice, but by making Medicare for All the centerpiece of his campaign, Sanders would take the focus off the Trump administration’s determination to take away the social safety net we already have.”

What do others have to say about Krugman’s Sanders-ain’t-no-socialist mantra?

The pickings were so easy on this one that you have to wonder if Lucy is preparing to snatch the ball from the grass to watch Charlie Brown land on his … behind.

David Harsanyi, senior writer for National Review Online, riffed off Krugmans’s piece and opined that “by November, these guys will be referring to [Sanders] as a moderate Democrat.”