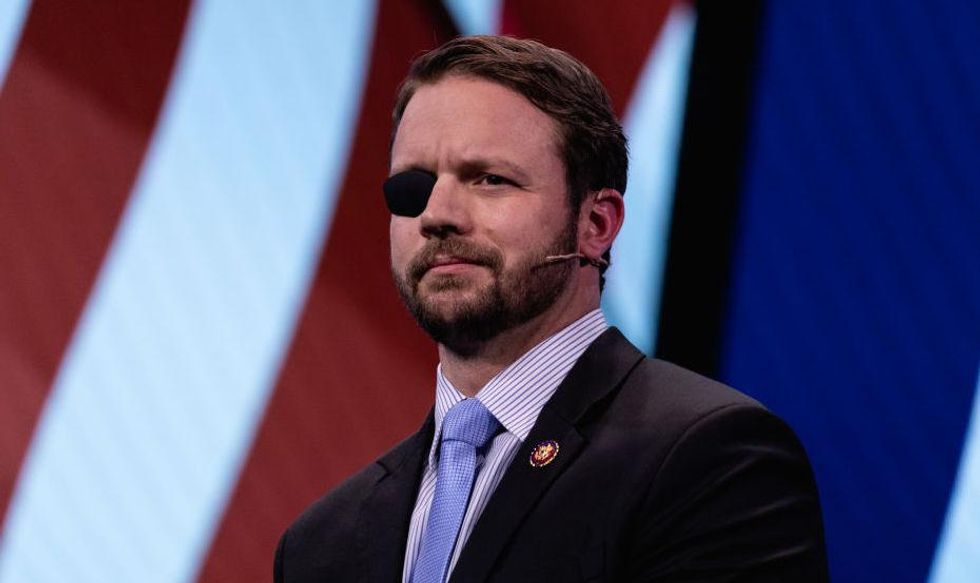 Texas Rep. Dan Crenshaw (R) announced Saturday that he would be “pretty much off the grid for the next weeks” after undergoing emergency surgery on one of his eyes.

Crenshaw, a U.S. Navy SEAL veteran, lost his right eye and sustained severe damage to his left eye while deployed in Afghanistan in 2012.

Crenshaw ultimately served 10 years in the U.S. military before medically retiring in 2016 at the rank of lieutenant commander.

What did Crenshaw say?

The Texas Republican explained that he received “emergency surgery” Friday morning to reattach the retina in his left eye.

“A few days ago, I noticed some dark, blurry spots in my vision, which seemed out of the ordinary,” Crenshaw said. “I went to get this checked out by an ophthalmologist on Thursday and they discovered that my retina was detaching.”

“This is a terrifying prognosis for someone with one eye, and the nature of the injuries that I sustained in Afghanistan. Anyone who knows the history of my injuries knows that I don’t have a ‘good eye,’ but half a good eye. The blast from 2012 caused a cataract, excessive tissue damage, and extensive damage to my retina. It was always a possibility that the effects of the damage would resurface, and it appears that is exactly what happened,” Crenshaw explained.

“The prognosis I received on Thursday is obviously very bad,” he said.

How was the surgery?

Unfortunately, Crenshaw said the surgery left him “effectively blind for about a month.”

“During the surgery, they put a gas bubble in my eye, which acts as a bandage for my retina. This means I have to be face-down for the next week or so, unable to see anything,” Crenshaw explained.

Crenshaw, who won election to Congress in 2018, said he would be out of the public eye for the duration of his recovery, and he asked supporters for prayers.

Oh man, yesterday proved what happens when there’s uncertainty about a major event, coupled with the CERTAINTY that no Federal Reserve is coming to your aid in the days ahead. This is education for the millennials, who have been trained to expect Daddy Jerome Powell to show up every time they load-up.

There is no BACKUP COMING, no Navy Seals coming to the rescue.

This is it; between now and perhaps the end of the year, price discovery is going to be real. We’re going to see exactly what big money and algorithms think about valuations with nothing to prop up markets.

This will be one of the most important investment months of your career. By acting responsibly, professionally, and with poise and composure, not with an inability to see positions going up and down like yoyos, one will be able to exploit others’ mental incapability to handle bullets firing above their heads.

For the next few days, the FED is out of the business of putting a floor on stocks; perhaps even more than just a few days…

The major indices are now RED for the month of October.

Famed hedge fund manager David Einhorn, who got his ba**s handed to him for shorting TSLA, is convinced the markets peaked on September 2nd. He believes the bubble is over and cites IPO mania, elevated valuations for the Robinhood app darlings, market concentration (FAANG), options trading volumes being off the charts, and the parabolic charts of some stocks.

On top of that, Rasmussen polled Americans and has issued a VICTORY ALERT for President Trump – what a turnaround.

The same polling company actually found that tens of millions of Americans likely believe that a REAL McCoy Civil War is a possibility.

This chart has a lot to do with how America got here!

The ability to create currency and segregate it so it ends up in the hands of the rich and powerful to decide what to do with it has led to expensive asset prices, record buyback programs, no wage growth, and the worst income gap in history.

Think about the process of currency creation: how dollars are born and get pushed into the banking system where the institution cherishes safety and lends to the big and the wealthy, STARVING the real economy.

I personally bought shares yesterday, according to the watch lists we have previously published, taking nibbles at companies, not whole chunks.

NEVER buy a full allocation right off the bat; one can be fully correct on the potential of the company and COMPLETELY WRONG on the timing. Being flexible with your purchases (being patient about the process) is the tactic of successful investors.

Nothing is “now or never” – NOTHING. There’s always time to think things through.

The odds are fully in your favor; let the game come to you.

As I see it, if Joe Biden wins (despite this huge controversy with Hunter’s compromised dealings with China), between now and January 2021, it’s going to get sickening at times since the world will be paralyzed until Inauguration Day. If Trump wins, I still don’t expect SMOOTH SAILING because I think a contested result is coming either way, but Trump won’t lose a recount if he wins the initial vote.

The post STOCKS DEMOLISHED: WHAT DID YOU EXPECT? first appeared on SHTF Plan – When It Hits The Fan, Don't Say We Didn't Warn You. 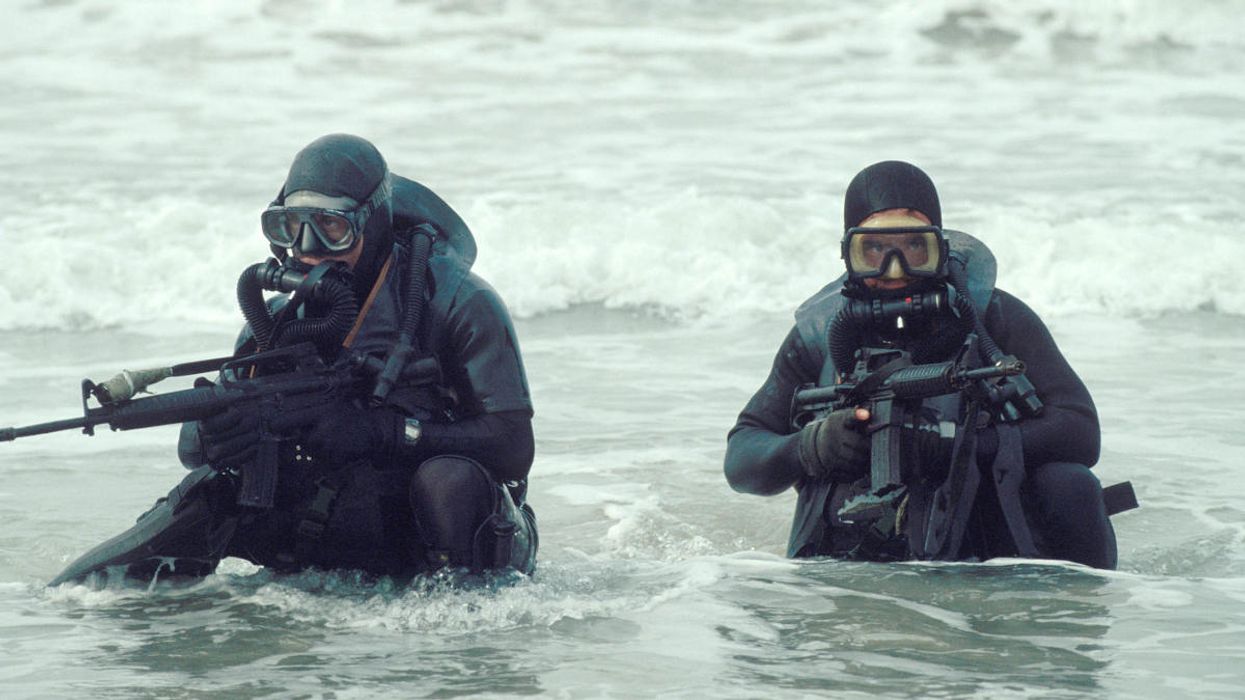 The U.S. Navy SEALs and the Navy Special Warfare Combat-craft Crewman have removed so-called gendered terms like “brotherhood” from their ethos and creed statements in an effort to present the Navy as gender-neutral.

The changes were made to comply with changes in the law allowing women to serve in the SEALs and SWCC, a spokesman for Naval Special Warfare told American Military News.

“Naval Special Warfare continues to deliberately develop a culture of tactical and ethical excellence that reflects the nation we represent, and that draws upon the talents of the all-volunteer force who meet the standards of qualification as a SEAL or SWCC,” Lt. Cmdr. Matthew Stroup said.

“The previous versions of the SEAL Ethos and SWCC Creed were written prior to the law allowing women to serve as operators in Naval Special Warfare,” Stroup continued. “The changes do not in any way reflect lowering standards of entry, rather they ensure that all those who meet the requirements to train to become a SEAL or SWCC are represented in the ethos or creed they live out. This improves the posture of the NSW force by ensuring we draw from the greatest pool of talent available.”

“To date, no women completed the SEAL or SWCC qualification training pipelines,” he added.

The new SEAL ethos can be found on the official website for the Naval Special Warfare Command. American Military News provided a link to an archived version of the ethos containing the original language.

Another alteration to the first paragraph changes the phrase “I am that man” to “I am that warrior.”

In the final paragraph of the ethos statement, the prior sentence states, “Brave men have fought and died building the proud tradition and feared reputation that I am bound to uphold.” The sentence is now changed with the reference to “Brave men” changed to “Brave SEALs.”

American Military News also provided links to the new version of the SWCC creed and compared it to a copy of the older version without the gender-neutral changes from the U.S. Special Operations Command website.

“The changes come despite the fact that there have been no women to successfully complete SEAL or SWCC training and enter the elite units,” American Military News reports.

Retired SEAL Eddie Gallagher, who was pardoned by President Trump of one war crime conviction and acquitted of other serious charges, blasted the changes to the SEALs creed in an Instagram post Friday.

“What a joke. Note the names that signed off at the bottom. Adm. Colin Green (part of the hierarchy that tried to use the system to put me away)~ let’s remove all male pronouns & BROTHERHOOD from the SEAL ethos,” Gallagher wrote.

“To be honest I thought the ethos was always BS,” Gallagher added. “Now I know it is. A creed or ethos is supposed to be written in stone, obviously ours is not and will sway to whatever political agenda is being put out.” 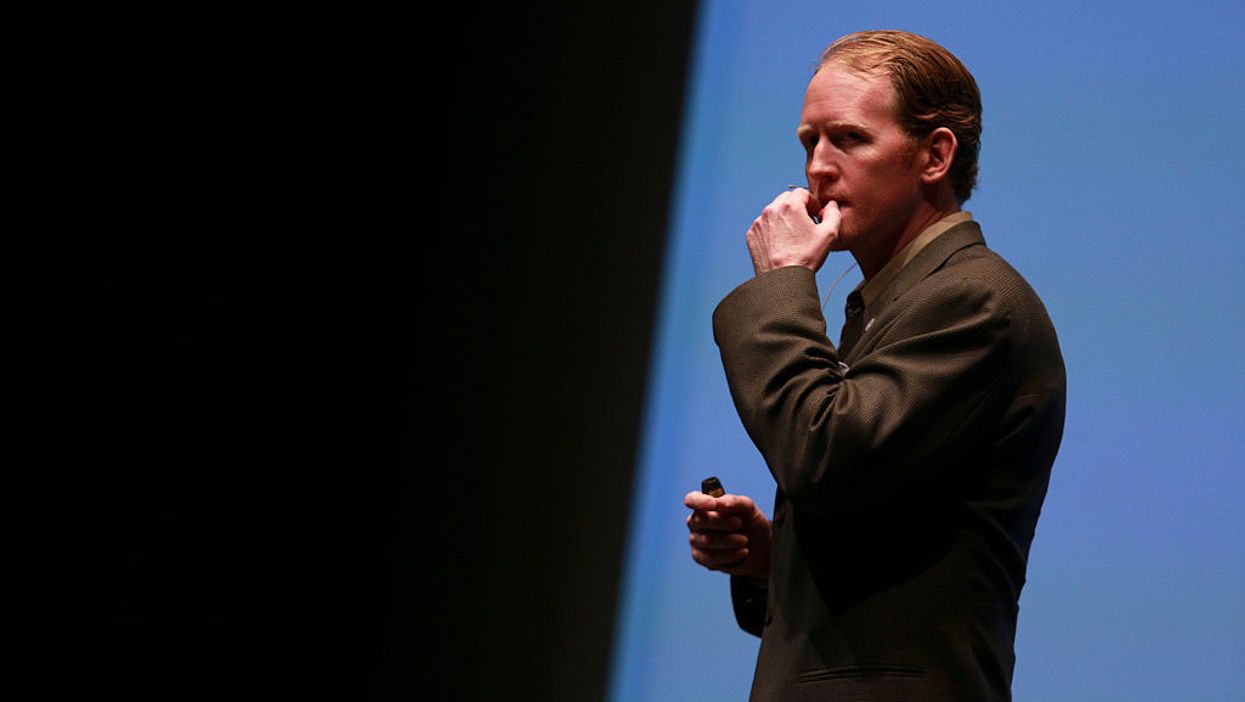 Robert O’Neill, the ex-Navy SEAL who has been credited with killing Osama Bin Laden in a 2011 raid, has been banned from flying Delta Air Lines for not wearing a face mask.

On Wednesday morning, O’Neill shared a selfie of him on a Delta airliner with the caption: “I’m not a p***y.” The former Team Six member was not wearing a face mask in the photo, which violates Delta’s policy.

O’Neill’s tweet was removed five hours after being posted, which he claims was done by his wife. On Thursday afternoon, the former Navy SEAL tweeted: “I just got banned from @Delta for posting a picture. Wow.”

A story, in four acts… https://t.co/F7UsYnGlli

“Part of every customer’s commitment prior to traveling on Delta is the requirement to acknowledge our updated travel policies, which includes wearing a mask,” Delta spokesperson, Anthony Black, told Business Insider. “Failure to comply with our mask-wearing mandate can result in losing the ability to fly Delta in the future.”

O’Neill claims that he had his mask in his lap. He reacted to the ban by saying, “Everyone has gone crazy.”

“Thank God it wasn’t @Delta flying us in when we killed bin Laden… we weren’t wearing masks,” O’Neill snarkily wrote on Twitter.

O’Neill has been vocal on social media about his opposition to wearing face masks to reduce the spread of COVID-19. On Thursday, O’Neill shared an article from the Center for Infectious Disease Research and Policy titled, “Masks-for-all for COVID-19 not based on sound data,” which was written by two “experts on respiratory protection.”

The Centers for Disease Control and Prevention advises that people wear face masks. “To reduce the spread of COVID-19, CDC recommends that people wear masks in public settings when around people outside of their household, especially when other social distancing measures are difficult to maintain,” the CDC website says.

O’Neill was seen wearing a face mask on a commercial airliner in July.

Delta Air Lines began banning flyers for mask violations in July, and over 100 people have been placed on its “no-fly list.”

“We’ve been steadily and rather aggressively stepping up our enforcement of the mask policy,” Delta Air Lines CEO Ed Bastian said on the “Today” show in late July. “You cannot board a Delta plane unless you have a mask on. If you board the plane and insist on not wearing a mask, we insist that you do not fly Delta into the future. We already have 100 people put onto that list.”

O’Neill did not immediately respond to a request for comment from Newsweek.