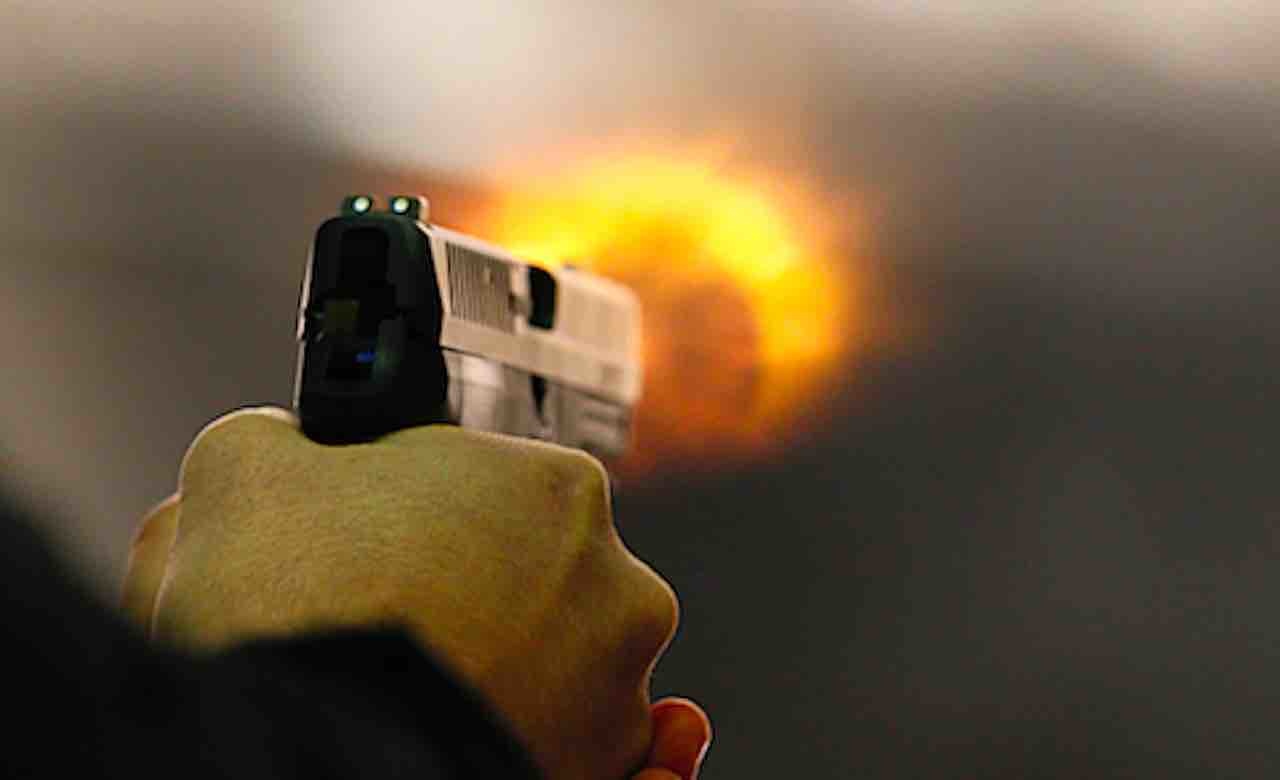 A number of people were outside the business, including the owner who was speaking with a man in a truck, Tulsa police Lt. Brandon Watkins told the paper.

The truck was parked behind the dispensary owner’s vehicle, which blocked a lane of traffic in the parking lot, Watkins added to the World.

“It made her angry that the pickup truck was blocking her access,” he told the paper, adding that there was still space to maneuver in the parking lot.

Porter didn’t exit her vehicle, and no one came to her vehicle, the World reported — but Porter did exchange words with people outside the dispensary before driving away.

But apparently she didn’t leave for long.

The paper said Porter returned about three minutes later, allegedly pulled a gun, and opened fire. Watkins told the World she was shooting from her car at the medical marijuana dispensary owner and the truck owner.

Good guy with a gun reacts

Another person also standing outside the dispensary — reportedly a concealed carry license holder, the paper said — fired at Porter, who was found dead at the scene. The man who shot her told responding officers he did so after she began shooting at customers, the World reported.

Detectives questioned the man at the police department, and he was later released, the paper said.

Porter was convicted in 2017 of reckless conduct with a firearm, pleading guilty after an arrest on a domestic assault and battery complaint, the World said. The Trump administration wants to restore funding to the Department of Justice so it can prosecute medical marijuana users in states where medicinal cannabis is legal.

In 2014, Congress placed a provision in the Consolidated Appropriations Act providing that “[n]one of the funds made available … to the Department of Justice may be used … to prevent [various] States from implementing their own State laws that authorize the use, distribution, possession, or cultivation of medical marijuana.”

This provision has been renewed by Congress each appropriations bill since.

In August 2016. a federal appeals court upheld the provision by halting prosecutions of people using marijuana legally based on their state’s laws.

“In sum, § 542 prohibits DOJ from spending money on actions that prevent the Medical Marijuana States’ giving practical effect to their state laws that authorize the use, distribution, possession, or cultivation of medical marijuana….

“We therefore conclude that, at a minimum, § 542 prohibits DOJ from spending funds from relevant appropriations acts for the prosecution of individuals who engaged in conduct permitted by the State Medical Marijuana Laws and who fully complied with such laws…”

Trump wants to untie their hands.

The proposed Trump 2021 budget would restore funding and allow the DoJ to resume prosecuting medical marijuana users and businesses in the 33 states where it is legal.

Congress won’t likely end the current policy of noninterference. Pres. Obama also lobbied to have the provision stripped from spending bills during his tenure in the White House. But Trump has taken things to another level, hinting that he would ignore Congress and enforce federal marijuana prohibition in states where medicinal cannabis is legal despite the congressional directive.

“Division B, section 531 of the Act provides that the Department of Justice may not use any funds made available under this Act to prevent implementation of medical marijuana laws by various States and territories,” Trump wrote in a signing statement attached to the spending bill he signed last December. “My Administration will treat this provision consistent with the President’s constitutional responsibility to faithfully execute the laws of the United States.”

While this language doesn’t explicitly say the DoJ will begin prosecuting medical marijuana users, it certainly leaves that door open. As an article in Marijuana Moment put it, “By calling out the medical marijuana rider, Trump is making clear that his administration believes it can broadly enforce federal drug laws against people complying with state medical marijuana laws even though Congress told him not to.”

It’s hard to imagine where the president thinks he gets the authority to ignore Congress. If we accept the notion that Congress has the power to regulate marijuana (although it does not) it certainly has the authority to tell the DoJ how to allocate funds to enforce the marijuana prohibition it authorized.

Even if Trump does decide to move forward with enforcement effort, it wouldn’t have much practical effect. FBI statistics show that law enforcement makes approximately 99 of 100 marijuana arrests under state, not federal law. Furthermore, figures indicate it would take 40 percent of the DEA’s yearly-budget just to investigate and raid all of the dispensaries in Los Angeles – a single city in a single state. That doesn’t include the cost of prosecution. The lesson? The feds lack the resources to enforce marijuana prohibition without state assistance. When states legalize marijuana, they effectively nullify federal prohibtion in effect.

Nevertheless, this kind of maneuvering by the feds has a chilling effect. An attorney in West Virginia reports that two of her clients who were applying for cultivation licenses under that state’s medical marijuana program withdrew their applications after Trump’s comments. Despite the fact that there is virtually no chance of actual prosecution, some people are too intimidated by federal bullying to take that chance.

Regardless of the practical impact, Trump’s push to resume federal prosecution of marijuana users in states where medicinal cannabis is legal disregards the Constitution and reveals an extreme lack of respect for state sovereignty and disregard for individual liberty.