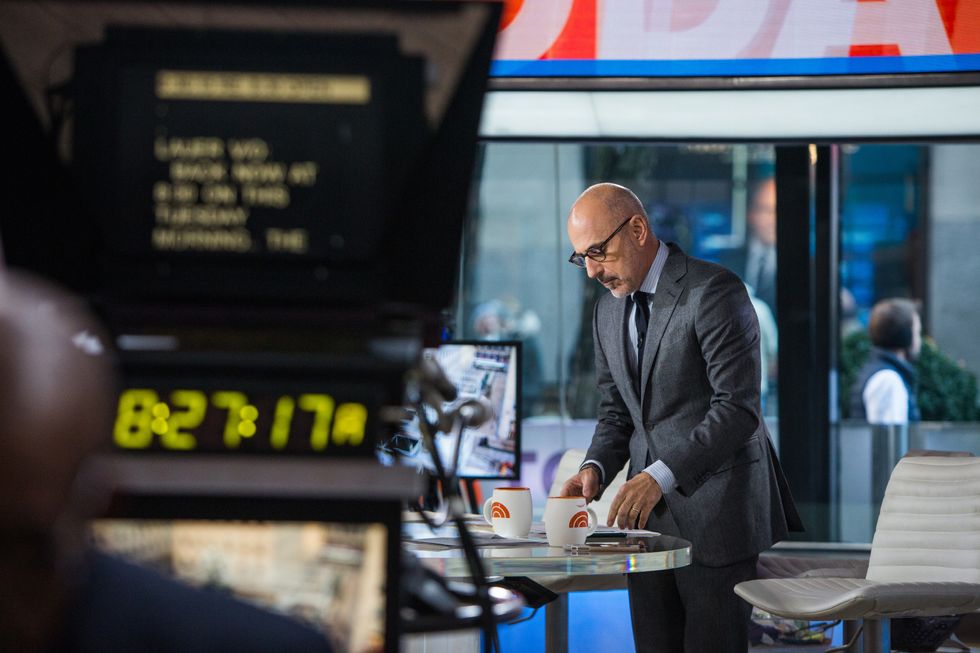 Disgraced NBC anchor Matt Lauer is speaking out against journalist Ronan Farrow’s reporting, as well as the sexual assault allegations levied against Lauer that ended his career.

Lauer, who penned a lengthy essay for Mediaite, said that Pulitzer Prize-winning Farrow is guilty of biased and inaccurate journalism in his book, “Catch and Kill.”

The book, which was released in 2019, features a woman’s lurid rape allegation against longtime NBC anchor Lauer.

Lauer has repeatedly insisted upon his innocence, and said that he had a consensual sexual relationship with his accuser, former NBC staffer Brooke Nevils.

“The allegation came from Brooke Nevils, the same woman whose complaint resulted in my termination at NBC,” he continued. “It was made public as part of the promotional rollout for a new book by Ronan Farrow. This accusation was one of the worst and most consequential things to ever happen in my life, it was devastating for my family, and outrageously it was used to sell books.”

Lauer pointed out that Nevils never used the words “assault” or “rape” in her official complaints to NBC.

“That has been confirmed publicly,” he said. “NBC never suggested I was being accused of such an offense when I met with their attorney on Nov. 28 of that same year. They have also confirmed that publicly.”

Lauer’s diatribe came just a day after a New York Times investigation said that Farrow was not thorough in his fact-checking when preparing to release “Catch and Kill.”

In an article published on Monday, Times writer Ben Smith wrote, “At times, [Farrow] does not always follow the typical journalistic imperatives of corroboration and rigorous disclosure, or he suggests conspiracies that are tantalizing but he cannot prove.”

In his own essay, Lauer said that Farrow refused to corroborate several accusations against him in the book.

“What I found when I read the book was frankly shocking, and it should concern anyone who cares about journalism,” Lauer wrote. “This is not just about accusations against the former host of the ‘Today’ show.”

Lauer said that Farrow long had bad blood with NBC News after it reportedly refused to air investigative reports he carried out with regard to the Harvey Weinstein story.

After NBC News reportedly snubbed Farrow’s Weinstein story, the reporter took his material to the New Yorker, which ran the piece.

“I was also disappointed, but not surprised, that Ronan Farrow’s overall reporting faced so little scrutiny,” Lauer added. “Until this week’s critical reporting by The New York Times, many in the media perceived his work as inherently beyond basic questioning. However, he was hardly an unbiased journalist when it came to anything to do with NBC, and he was rarely challenged as he dropped salacious stories in a daily marketing effort designed to create media attention for his book.

“[Farrow] became a magnet and a willing ear for anyone with negative stories about [NBC] and the people who worked for it,” Lauer revealed.

According to Lauer, Farrow manipulated the story in at least four ways, all of which reportedly impacted the narrative.

“There are four primary ways in which Ronan betrayed the truth in writing his book,” Lauer wrote.

1. He consistently failed to confirm stories told to him by his main sources.

3. He used misleading language to manipulate readers into believing things that could easily be false, or were at least un-provable. In some cases he undeniably withheld information from the reader that would call the credibility of sources into question.
4. He routinely presented stories in a way that would suit his activist goals, as opposed to any kind of journalistic standards.

In a Monday tweet, Farrow wrote, “All I’ll say on this is that Matt Lauer is just wrong. Catch and Kill was thoroughly reported and fact-checked, including with Matt Lauer himself.”

In a follow-up statement, Little, Brown, and Co. — Farrow’s publisher — said, “Ronan’s dedication to a deep and thorough fact-check of his reporting, his commitment to the rights of victims, and his impeccable attention to detail and nuance make us proud to be his publisher.”