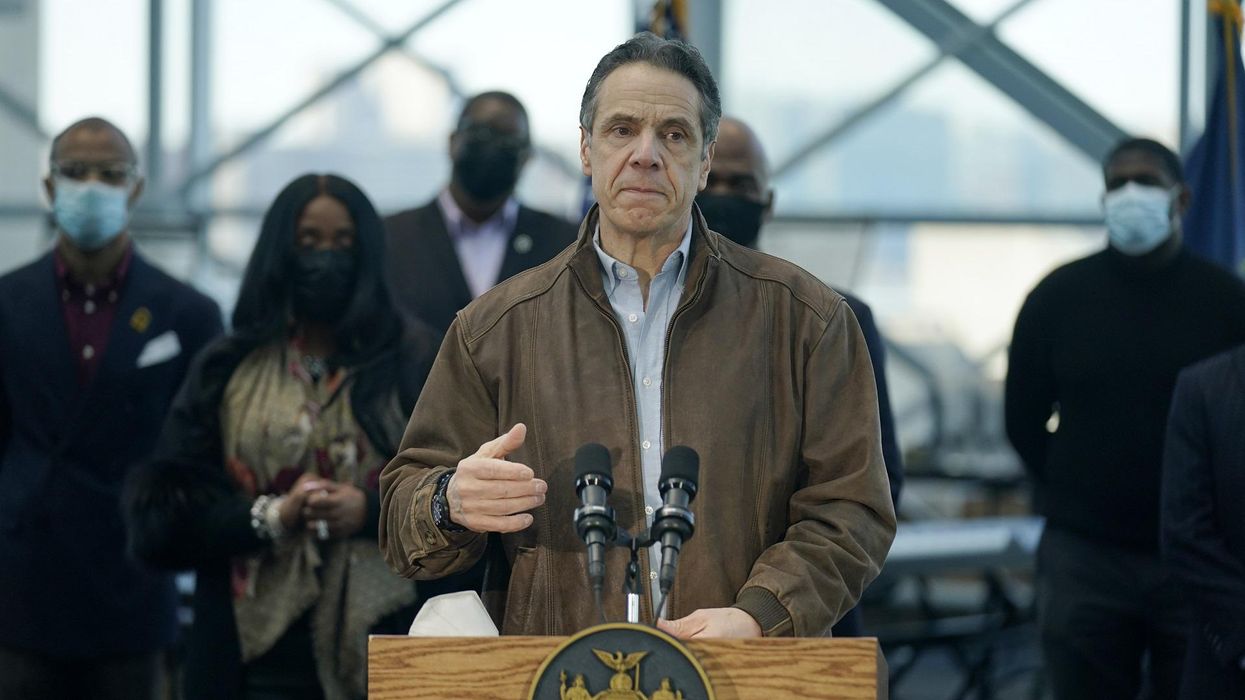 New York Gov. Andrew Cuomo (D) has been accused of sexual harassment by a sixth woman — an aide who claims he touched her inappropriately during an encounter at the governor’s mansion late last year.

The Albany Times Union reported Tuesday that the latest alleged victim to come forward is a member of the Executive Chamber staff who claims the governor made the unwanted advances toward her at the mansion in Albany when she “had been summoned to do work.”

An Executive Chamber supervisor just recently became aware of the allegation, and other employees reported the complaint over the weekend to the governor’s office and to the New York attorney general’s office, where an investigation into five other sexual harassment claims is already ongoing.

According to the Times Union, the aide has not filed a formal complaint herself, and the outlet is withholding her name until she can be reached for comment.

Cuomo was asked about the latest allegation during a conference call with the press on Tuesday, but said that he was not aware of the allegation.

“First, I’m not aware of any other claim,” the Democrat insisted, reiterating, “As I said last week, this is very simple, I never touched anyone inappropriately.”

The sexual harassment allegations that surfaced in recent weeks have led New York politicians on both sides of the aisle to join calls for Cuomo to resign.

The governor was already embroiled in scandal over claims that his administration underreported nursing home deaths last year over fears of the political fallout from his executive order placing COVID-19 positive patients in long-term care facilities at the start of the pandemic.

The state’s Democrat-led legislature moved last week to strip him of the emergency powers granted to him during the pandemic, and Republicans are rallying efforts to have the governor impeached.

This week, Fox News reported that Cuomo also ordered homes for people with developmental disabilities to take in coronavirus patients in an order that remains in place.

Despite the backlash from the scandals, Cuomo has adamantly refused to step down, arguing that he “was elected by the people of the state,” and not by the politicians who want him out.