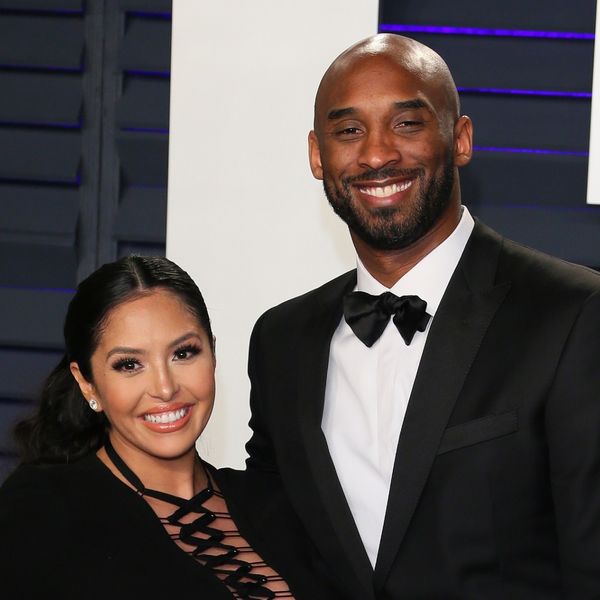 Vanessa Bryant, the widow of late NBA star Kobe Bryant, used social media to hit back against LA County Sheriff Alex Villanueva on Tuesday, after the sheriff called on Los Angeles Lakers superstar LeBron James to “match” and “double” the reward being offered for information on the suspect who ambushed two deputies in Compton over the weekend.

Villanueva announced this week that a $175,000 reward is being offered for information leading to the arrest of the suspect who was seen on surveillance footage shooting the deputies as they sat in their patrol car. Both were hospitalized in critical condition, and are expected to survive.

During an interview with KABC-AM following the attack, the sheriff declared, “This challenge is to LeBron James: I want you to match that and double that reward.”

“I know you care about law enforcement,” the sheriff continued. “You expressed a very interesting statement about your perspective on race relations and on officer-involved shootings and the impact that it has on the African American community, and I appreciate that. But likewise, we need to appreciate that respect for life goes across all professions.”

Villanueva added, “Let’s see what he does. I’ll be very curious to see what his response is, if any.”

James has been an outspoken critic of law enforcement in the wake of the death of George Floyd, who died in police custody in Minneapolis in late May after an officer was seen on video kneeling on Floyd’s neck for more than 8 minutes.

The Lakers star player told reporters last month, “We are scared as black people in America. Black men, black women, black kids. We are, we are terrified.”

James has yet to respond to Villanueva, but Vanessa Bryant did.

Fox News reported that “In a series of posts on her Instagram Story, Bryant spotlighted screenshots of tweets and articles blasting Villanueva and calling out his department over the leak of graphic photos following the tragic helicopter crash that killed her husband, Kobe Bryant, their young daughter Gianna, and seven others in January.”

KCAL-TV noted, “Bryant is suing the Los Angeles County Sheriff’s Department after several deputies were found to be sharing graphic photos of the Jan. 26 helicopter crash that killed her husband, their 13-year-old daughter, Gigi, and seven others. Villanueva confirmed in March that eight deputies were involved in sharing the photos.”

Bryant weighed in on the challenge in her Instagram Stories, reposting a tweet that cast doubt on the challenge to James and how the sheriff was unable to “hold his deputies accountable for photographing dead children.” Another Story reposted another tweet asking how Villanueva can ask athletes, elected officials and civic leaders to trust the criminal justice system when “His sheriff’s dept. couldn’t be trusted to secure Kobe Bryant’s helicopter crash scene, his deputies took and shared graphic photos of the crash victims.”

CNN’s Erin Burnett tweeted Tuesday night that Villanueva said the “reward for info in Compton deputy shooting attack now 275K, an increase of 100k thanks to donations from community.”

.@LACoSheriff says reward for info in Compton deputy shooting attack now 275K, an increase of 100k thanks to donations from community

According to the Sheriff’s department, the suspect is described as a black male between 28 and 30 years old. He was wearing dark clothes. 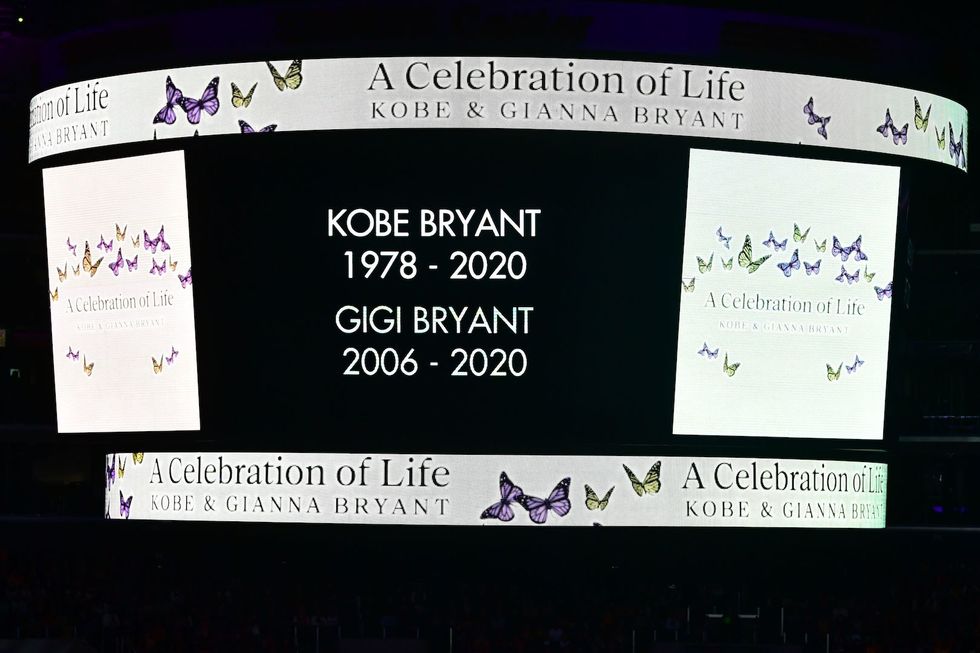 The pilot who was flying the helicopter during the crash that killed NBA superstar Kobe Bryant and his daughter, Gianna, may have been disoriented and appeared to have thought the helicopter was climbing right before it crashed into a mountain, The Hill reported.

A report from the National Transportation Safety Board shows the pilot, Ara Zobayan, may have lost his sense of direction as he tried to get out of heavy cloud cover. From The Hill:

“During the final descent the pilot, responding to [communications from air traffic control], stated that they were climbing to four thousand [feet],” the report reads.

“Calculated apparent angles at this time show that the pilot could have misperceived both pitch and roll angles,” it adds.

The documents also include photos and reconstructions of the crash scene, but NTSB officials warned that a final conclusion on the crash should not yet be drawn.

The analysis of the flight shows that the helicopter climbed to about 1,500 feet above the highway before initiating a left turn. Eight seconds into that turn, the helicopter began a sharp descent, which hit a rate of 4,000 feet per minute before radar contact with the aircraft was lost and it crashed.

Bryant’s widow, Vanessa, is suing the helicopter rental company Island Express and the owner of the helicopter for negligence in the death of her husband and daughter.

During the morning of the crash, there was heavy fog and cloud cover, which was severe enough to cause the Los Angeles Police Department to ground its helicopter. The helicopter the Bryants were on did not have terrain awareness or a warning system. 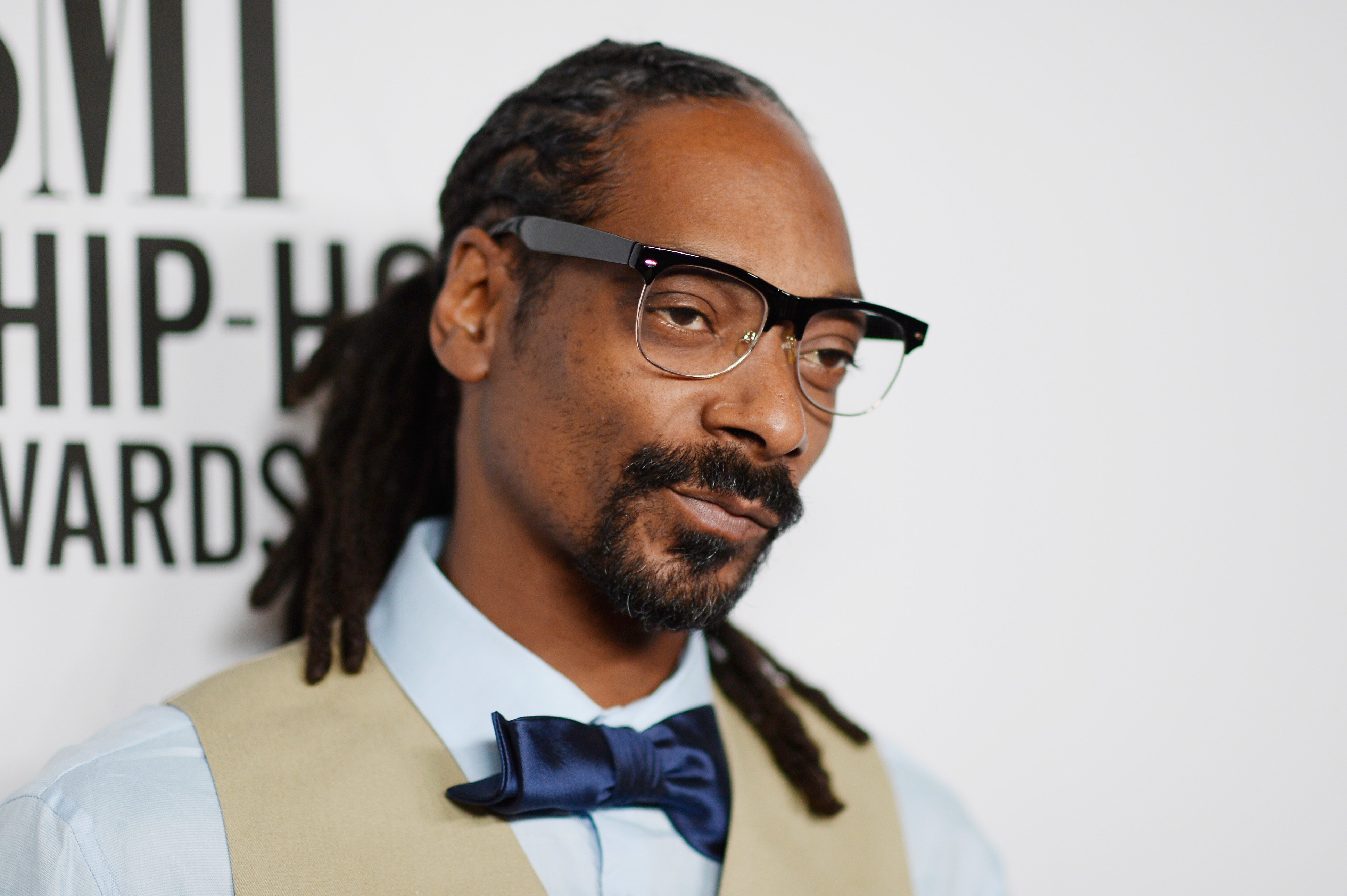 Rapper Snoop Dogg has
apologized to “CBS This Morning” co-host Gayle King for her remarks about the late Kobe Bryant during a recent interview with former WNBA star Lisa Leslie.

During a discussion with Leslie, King brought up Bryant’s 2003 sexual assault case. Snoop Dogg was just one voice in many who vocally disapproved of King’s questioning.

Bryant, his daughter, and several Bryant family friends were
killed in a January helicopter crash.

During an impassioned Instagram video, the 48-year-old rapper
said, “Gayle King, out of pocket for that s***. Why y’all attacking us? We yo’ people. You ain’t coming after f***ing Harvey Weinstein asking them dumb-ass questions. I get sick of y’all. I wanna call you one. Is it OK if I call her one? Funky dog-haired b***h! How dare you try to torch my motherf***ing homeboy’s reputation. Punk motherf***er! Respect the family and back off, b***h, before we come get you.”

Despite blowback, Snoop Dogg insisted that he did not threaten King.

For her part, King insisted that CBS promoted the interview with a clip that was taken “out of context.”

The rapper made amends in a Wednesday Instagram video.

Two wrongs don’t make no right. When you’re wrong, you gotta fix it. So with that being said: Gayle King, I publicly tore you down by coming at you in a derogatory manner based off of emotions … me being angry at questions that you asked. [I] overreacted. I should have handled it way different than that. I was raised way better than that. So I would like to apologize to you publicly for the language that I used and calling you out of your name and just being disrespectful.

@snoopdogg on Instagram: “Had a talk with my momma thank u mamma ?? 2 wrongs don’t make it right time to heal ??? @gayleking Peace ?? n love Praying for u and…”