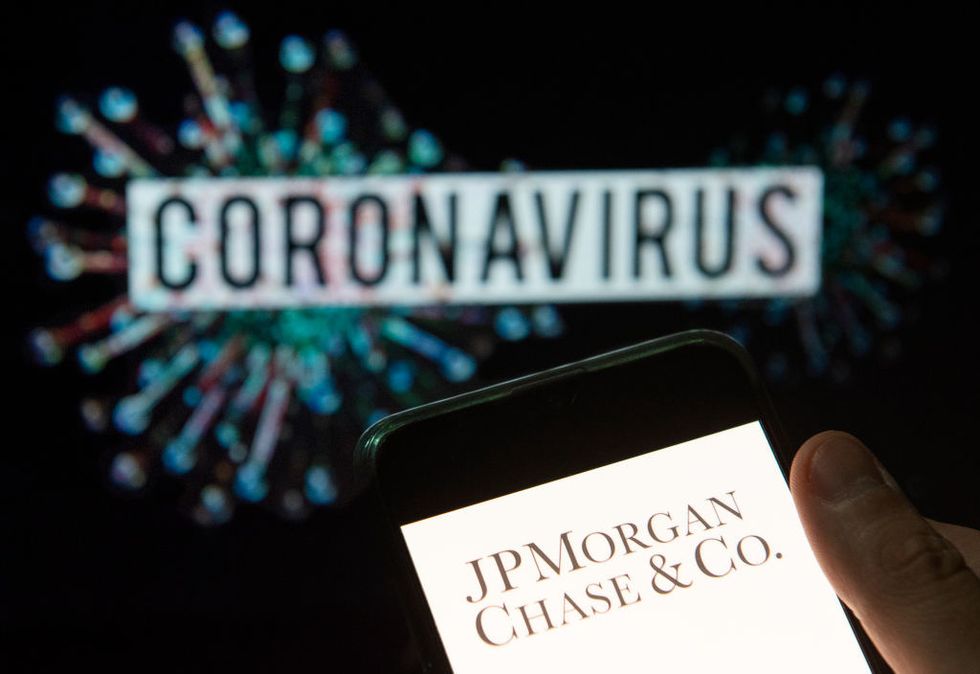 A report by JPMorgan finds that COVID-19 infection rates have declined, not increased, in states that have reopened. The eye-opening study from the investment banking institution was shared by CNBC financial anchor Carl Quintanilla in a series of tweets.

Research by JPMorgan shows that the coronavirus infection rates of states that have ended their lockdowns have declined, “even after allowing for an appropriate measurement lag.” The incubation period for coronavirus has a median time of four to five days, and as long as 14 days, according to the Centers for Disease Control and Prevention.

“JPMorgan has a devastating piece arguing that infection rates have declined — not increased — in states where lockdowns have ended, ‘even after allowing for an appropriate measurement lag,'” Quintanilla wrote of the report by Marko Kolanovic, the Global Head of Macro Quantitative and Derivatives Strategy team at JPMorgan.

“Same goes for various countries, adds JPM. ‘This means that the pandemic and COVID-19 likely have its own dynamics unrelated to often inconsistent lockdown measures that were being implemented,'” Quintanilla tweeted.

“In the absence of conclusive data, these lockdowns were justified initially,” the JPMorgan report states, according to Quintanilla. “Millions of lives were being destroyed … with little consideration that [lockdowns] might not only cause economic devastation but potentially more deaths than COVID-19 itself.”

The report also warns: “Demagogues will be tempted to use COVID-19 to blame immigrants, people of a different race, or use the pandemic as a pretext to intensify geopolitical tensions. We will closely monitor how these risks evolve, but at this point see them as potential tail risks.

“The initial response of the administration was to downplay the risk of the COVID-19 epidemic,” the report adds. “However, since then, this simplistic thesis changed significantly. The administration shifted to forecasting a larger negative impact (setting the stage for them to ‘outperform.'”

The report continues by saying that the administration was “shifting the pandemic blame to China and the WHO, and .. shifting the blame for economic pain to large blue states that are perceived to be slowing down the re-opening of the economy.”

Quintanilla points out that Kolanovic “came close to calling the peak in US cases back on April 6.”

Kolanovic retweeted an article on Wednesday that referred to a study titled, “Full lockdown policies in Western Europe countries have no evident impacts on the COVID-19 epidemic.” The study claims to have found “no evidence of any discontinuity in the growth rate, doubling time, and reproduction number trends” when comparing data from before and after lockdowns in Italy, France, Spain, and the United Kingdom.

“Extrapolating pre-lockdown growth rate trends, we provide estimates of the death toll in the absence of any lockdown policies, and show that these strategies might not have saved any life in western Europe,” the study read. “We also show that neighboring countries applying less restrictive social distancing measures (as opposed to police-enforced home containment) experience a very similar time evolution of the epidemic.”

The article adds a quote from Kolanovic that said:

While our knowledge of the virus and lack of effectiveness of total lockdowns evolved, lockdowns remained in place and focus shifted to contact tracing, contemplating second wave outbreaks, and ideas about designing better educational, political and economic systems. At the same time, millions of livelihoods were being destroyed by these lockdowns. Unlike rigorous testing of potential new drugs, lockdowns were administered with little consideration that they might not only cause economic devastation but potentially more deaths than COVID-19 itself.

Another person who is skeptical of COVID-19 lockdowns is Dr. Knut Wittkowski, the former head of biostatistics, epidemiology, and research design at Rockefeller University.

“With all respiratory diseases, the only thing that stops the disease is herd immunity. About 80% of the people need to have had contact with the virus, and the majority of them won’t even have recognized that they were infected,” Wittkowski said in a now-deleted YouTube video.

YouTube removed Wittkowski’s anti-lockdown video that had over 1.3 million views before being deleted.

“They don’t tell you. They just say it violates our community standards. There’s no explanation for what those standards are or what standards it violated,” Wittkowski said of his coronavirus video being removed.