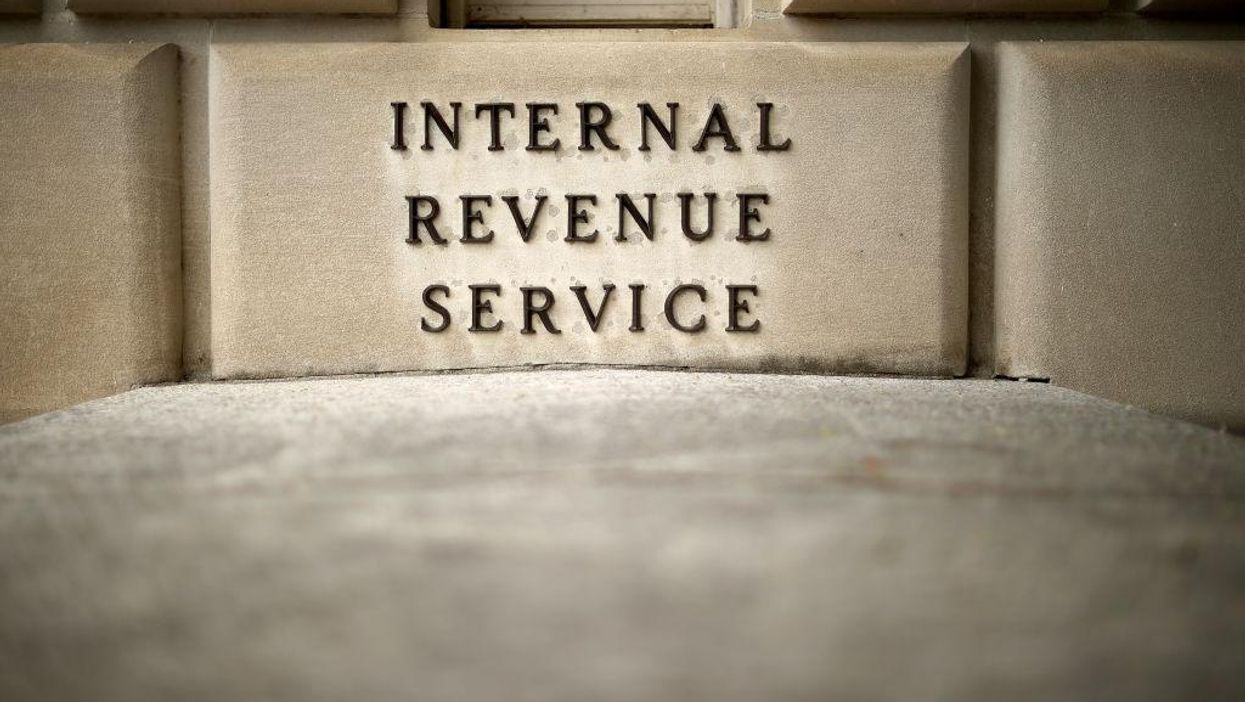 In a May rejection letter sent to Christians Engaged, the IRS wrote that the group is disqualified from the status because the “Bible’s teachings are typically affiliated with the Republican Party and candidates.”

“Specifically, you educate Christians on what the Bible says in areas where they can be instrumental including the areas of sanctity of life, the definition of marriage, biblical justice, freedom of speech, defense, and borders and immigration, U.S. and Israel relations,” IRS exempt organizations director Stephen Martin wrote in the letter. “The Bible teachings are typically affiliated with the Republican Party and candidates. This disqualifies you from exemption under IRC Section 501(c)(3).”

Christians Engaged says on its website that it “exists to awaken, motivate, educate, and empower ordinary believers in Jesus Christ to: pray for our nation and elected officials regularly, vote in every election to impact our culture, [and] engage our hearts in some form of political education or activism for the furtherance of our nation.”

In its letter, the IRS does not appear to dispute the group’s claims or argue that it does not carry out its mission honestly. However, according to the Treasury agency, the very fact that the group promotes biblical teachings makes it de facto engage in “prohibited political campaign intervention.”

“You operate for a substantial non-exempt private purpose and for the private interests of the Republican Party,” Martin concluded.

Under federal law, to receive tax-exempt status as a religious organization, an organization must operate exclusively for charitable or educational purposes and must “not attempt to influence legislation” or “participate in any campaign activity for or against political candidates.”

In a press release about the appeal, Counsel Lea Patterson said the claims “that Biblical values are exclusively Republican … might be news to President Biden, who is often described as basing his political ideology on his religious beliefs.”

Patterson added: “Only a politicized IRS could see Americans who pray for their nation, vote in every election, and work to engage others in the political process as a threat. The IRS violated its own regulations in denying tax exempt status because Christians Engaged teaches biblical values.”

In its appeal letter, First Liberty argued, “By finding that Christians Engaged does not meet the operational test, Director Martin errs in three ways: 1) he invents a nonexistent requirement that exempt organizations be neutral on public policy issues; 2) he incorrectly concludes that Christians Engaged primarily serves private, nonexempt purposes rather than public, exempt purposes because he thinks its beliefs overlap with the Republican Party’s policy positions; and 3) he violates the First Amendment’s Free Speech, and Free Exercise, and Establishment clauses by engaging in both viewpoint discrimination and religious discrimination.”

According to the press release, Christians Engaged president Bunni Pounds lamented, “We just want to encourage more people to vote and participate in the political process. How can anyone be against that?”

The group was formed in July 2019 as a Texas nonprofit organization and describes itself on its website as educational, Christian, and nonpartisan.

As a major part of its efforts, Christians Engaged helps organize statewide and local prayer gatherings in which participants make supplications and petitions to God on behalf of elected leaders. 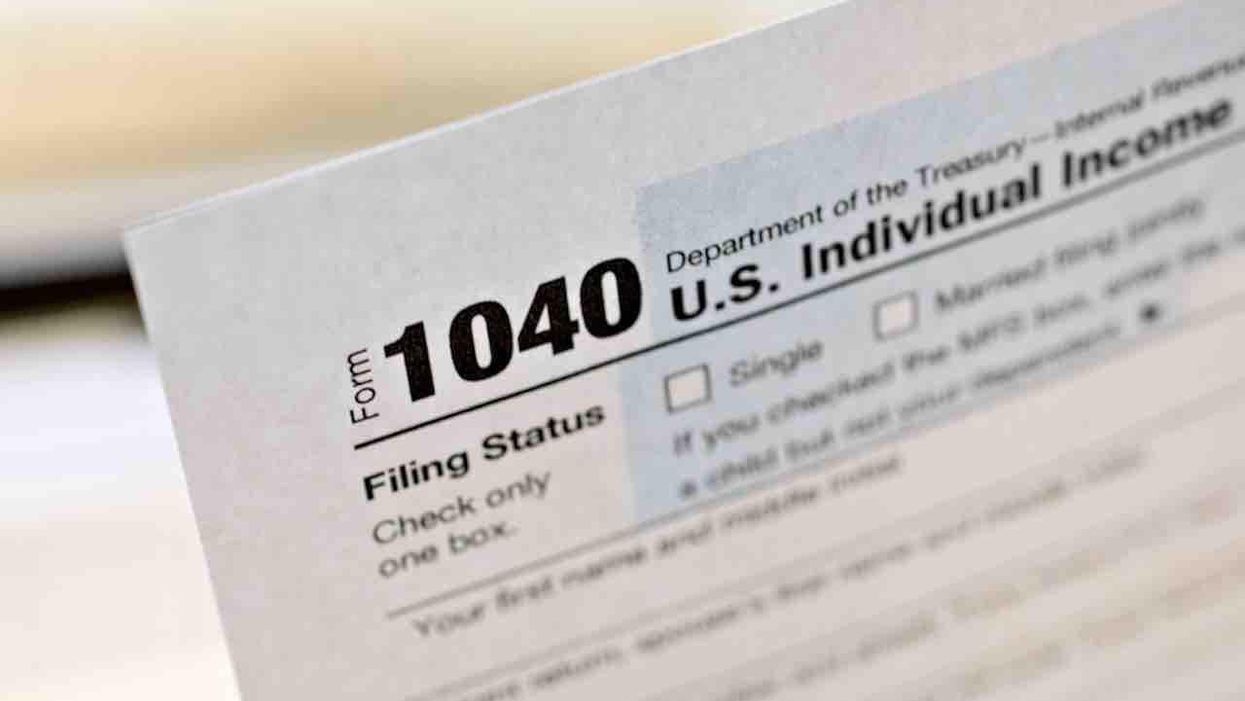 The Internal Revenue Service is planning to delay the April 15 tax-filing deadline to May 17, Bloomberg Tax reported Wednesday afternoon, citing a pair of senior House Democrats.

“This extension is absolutely necessary to give Americans some needed flexibility in a time of unprecedented crisis,” House Ways and Means Chairman Richard Neal (D-Mass.) and U.S. Rep. Bill Pascrell (D-N.J.) , head of the panel’s oversight subcommittee, said in a statement Wednesday, according to the outlet. “While we are pleased with this 30-day extension, we will continue to monitor developments during this hectic filing season.”

The IRS and Treasury didn’t respond to requests to comment on the delay, Bloomberg Tax reported, adding that White House press secretary Jen Psaki said the change hasn’t been “finalized quite yet.”

The filing extension gives taxpayers additional breathing room to meet their tax obligations in what is becoming one of the most complicated tax seasons in decades. The change would come after calls from accountants and lawmakers to put off the due date as new legislation and pandemic-related work changes disrupt taxpayer plans.

Among the changes this tax season are last-minute amendments to the $1.9 trillion stimulus bill signed into law earlier this month that give filers a new tax exemption on up to $10,200 of jobless benefits. The individual tax return, Form 1040, is also the mechanism for people to claim any missing $1,200 or $600 stimulus payments from last year.

Besides the disruptions from the pandemic, the changes in tax law will mean some filers will have to wait for updated forms, resubmit their returns, or consult a tax adviser on how to proceed if they’ve already filed.

It was around this time last year — when the coronavirus lockdowns began taking place — that then-President Donald Trump’s administration extended the tax return-filing deadline to July 15.

As of early March 2021, the IRS has been behind last year’s metrics in the number of tax returns filed and processed, and in the number of refunds issued. The filing season, which began Feb. 12, started about two weeks later than usual — contributing to the slump.

The tax extension also comes as the IRS has been handed another big task: processing a third round of direct payments to households, this time for $1,400 each. The IRS said Wednesday it has so far sent about 90 million payments totaling $242 billion.

You can read the full Bloomberg Tax article here. 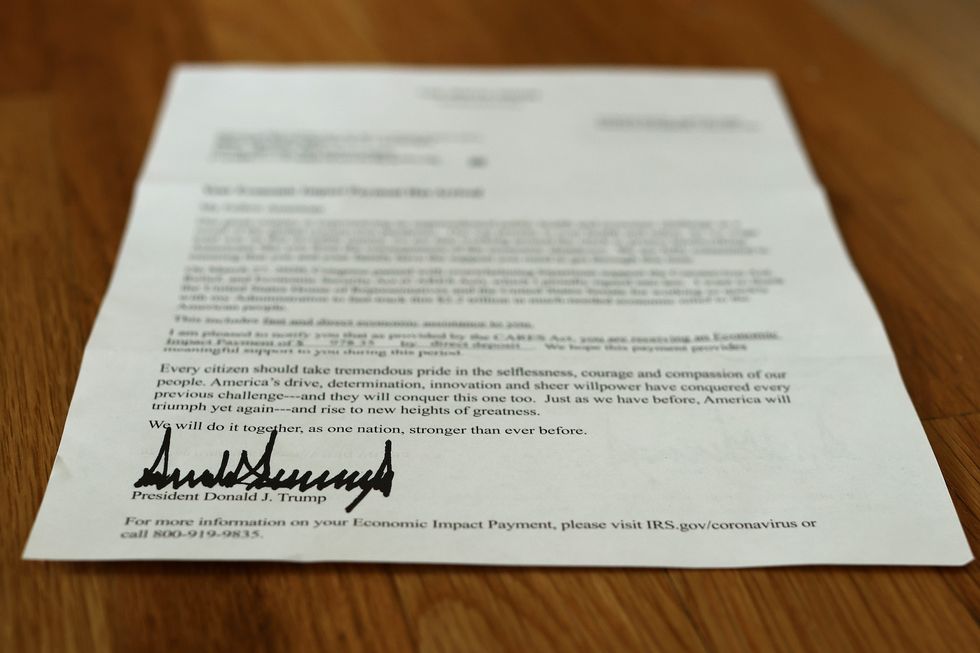 Thousands of foreign workers, many of whom don’t even live in the United States anymore, received the coronavirus economic stimulus payments from the federal government this month even though they were not technically eligible, Politico reported.

Temporary foreign workers, such as students on F-1 or J-1 visas, may have received the payments due to an error in how they filed their taxes — an error the Internal Revenue Service apparently did not catch in its rush to get stimulus payments out to American individuals and families.

The incorrect payments were likely distributed to thousands of foreigners in April, said Donna Kepley, president of the tax firm Arctic International who has spoken with dozens of clients over the past two weeks. The error stems from a common tax-filing blunder, particularly for those on F-1 student and J-1 exchange visas. These workers, studying at universities and working summer jobs, often turn to TurboTax and other e-filing systems without knowing that the systems are designed only for U.S. residents.

As a result, many temporary foreign workers each year file the wrong tax forms. The IRS rarely catches the error because nonimmigrant workers’ Social Security numbers have the same number of digits as those of U.S. citizens, and therefore appear to be identical, accountants say.

Some who received mistaken payments have tried without success to contact the IRS about what to do, because they don’t want to face consequences down the road for accepting money they should not have. Some fear they could be banned from getting a visa or deported if they don’t return the money.

This isn’t the first error involving the stimulus payments. There have been reports of numerous dead people getting stimulus checks, because they are sent out based on 2018 tax filings if a person or family hasn’t yet filed for 2019. Treasury Secretary Steve Mnuchin has urged relatives to return payments sent to deceased loved ones.