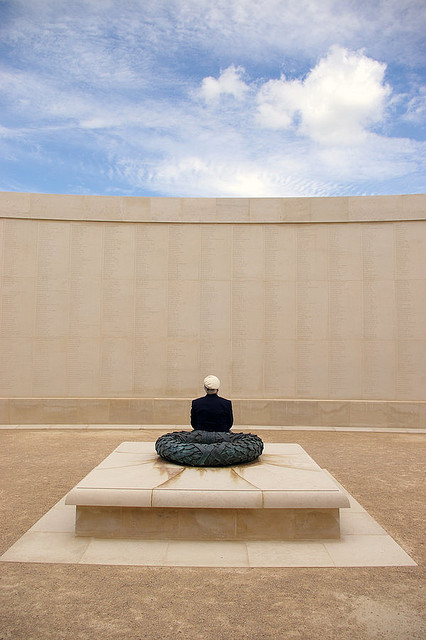 Death rituals have evolved in cultures since man walked upright (and likely before.) So, in this digital world, with the Internet being a mere 25-years-old, and mainstream social media a scant 7-years-old, how are we as a digital culture adapting death rituals and traditions to this part of our new reality?

I’ve been struck by this three times in the last week.

Today, I read this post, There’s Nothing Virtual About Death, from blogger Mark Leslie expressing his sorrow for losing a friend, but also grappling with how he should mourn someone whom he only knows in a digital context. He did what many people who blog do, he memorialized her there. And, what I’ve found to be universal, he visited the online haunts where he came to know her.

Yesterday, I spoke with Canadian technology radio and television personality, Steve Dotto. He recounted the story of how he discovered the death of a friend: by receiving a Facebook friend request. He had been unaware of the person’s death and accepted the request right away. The next day, he checked the profile only to discover that the person had been dead for some time, but his family had opened this Facebook profile specifically to connect with the man’s friends and to inform them of his death.

Creating a R.I.P. page in Facebook is becoming quite a common way to create an online place for friends and family to come together as a digital community and pay tribute to their loved one. This method also allows people who are not Facebook friends with the deceased to join and participate. These pages are also open to the public and indexed by Google, making them easy to be found.

There is, also, the ability to memorialize an existing Facebook user’s account, freezing their profile, limiting friends to those already confirmed, and stripping personal information and status updates. Existing friends can still post to the deceased’s wall. But there are down-sides to this approach. Firstly, anyone with a link to an obituary can request memorialization, which means that the decision to do so can be removed from families and next-of-kin. Also, when status updates are removed in the process, it does not allow people to go back in time and review what the person had been saying. There is one story of a person who wrote his status updates as haikus. A friend requested memorialization without consulting the family and all of the haikus were lost in the process.

But, the family of Steve Dotto’s friend did not start a R.I.P. page. They did not memorialize and existing account. They created a brand new profile account, as the deceased was not previously on Facebook. And now the family were sending out friend requests on the deceased’s behalf.

Because they thought this was the best way to deal with notifying people.

There’s another anecdote where a son was killed in a car accident. The family knew his password, accessed his Facebook account and were sending and accepting friend requests on behalf of their son. They also used their son’s account to send out notifications about a golf tournament in the deceased’s name to all of his Facebook friends. The woman who told me this story felt strongly that her friend’s account should not be used in this way and that she was upset getting these messages from her dead friend.

However, some people might feel comforted by the thought that the memory of their friend lives on and they may feel happy to receive Facebook messages, reminding them of the their friend.

And then, of course, there is blogger Derek K. Miller who’s last post went viral. He created his own memorial, his final statement on his views on life and a testament to how he would be remembered. Of course, this didn’t exclude thousands of people from paying tribute to their friend Derek  on their own blogs as well (including me).

Death is such a uniquely personal experience. How one person copes with it will be very different from how another would. People will be at different stages of the grieving process. Individuals have varying intensities of relationships. There is plenty of room for people to have strong reactions to how digital affairs are handled post mortem.

The thing to remember is that, there are no rules right now. It is a wild west out there, with people trying to define new traditions and attempting to come to grips with the new reality of digital life and death. Everyone who acts, or doesn’t act, to memorialize an individual, or to use a deceased’s online account, is doing so because they feel it is the right thing to do. Cultural traditions are unifying to society at large, they give people solace (or an excuse), they provide a guide to how to handle difficult events, like death. In this new reality, we’re all figuring it out as we go along.