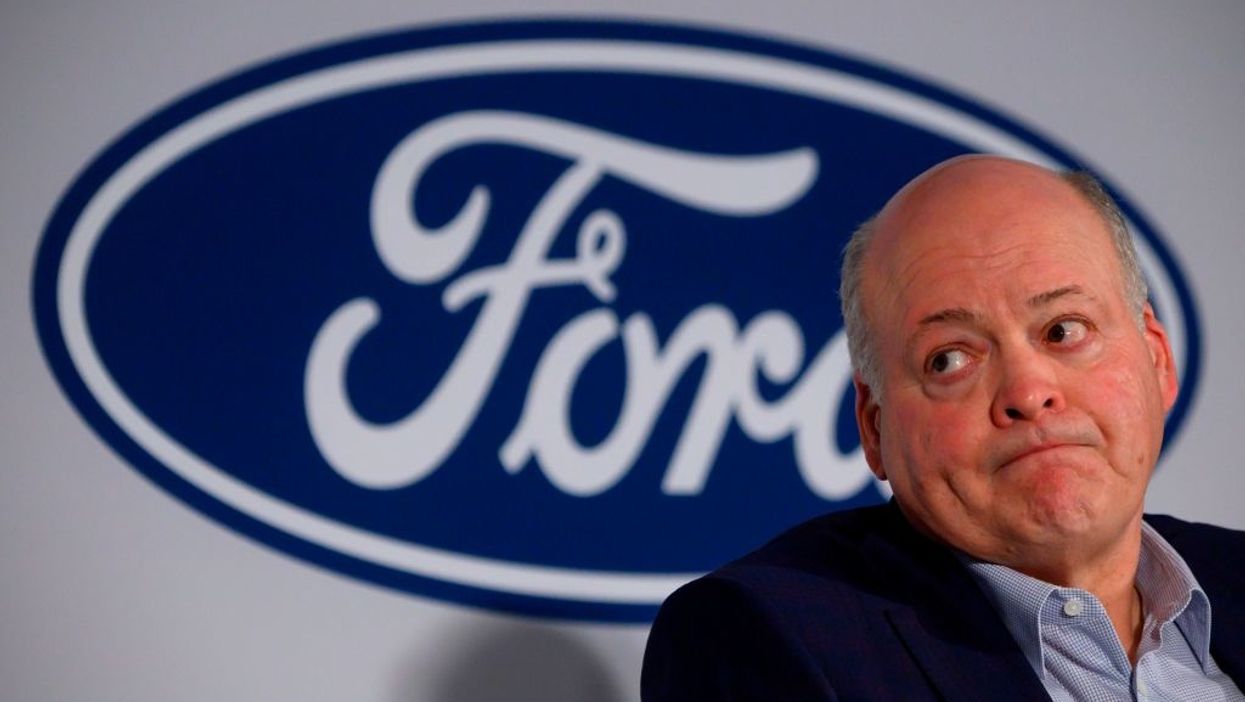 Ford CEO Jim Hackett had the perfect response after a group of virtue-signaling employees called on the major auto manufacturer to stop making police vehicles, which they say “perpetuate racism in society” and are “accessories to police brutality and oppression.”

According to auto news site Jalopnik, a contingent of black and white employees at Ford Motor Company recently penned a letter airing their grievances over the company’s relationship with numerous police departments in America — about two-thirds of police vehicles in the country are Fords.

In the letter, the employees argued that Ford, by building vehicles used by police, is actively sustaining racism and oppression in America. As a way to address this, they urged executives to discontinue all production of police vehicles.

Here’s a portion of the letter:

On June 1st, you communicated to the company your commitment to “lead from the front and fully commit to creating the fair, just and inclusive culture that our employees deserve.” We thank you for your leadership on this initiative. We also appreciate and fully support your statement against “superficial actions,” and we write to push for real action by Ford Motor Company to address our role in the structures that perpetuate racism in society.

On May 25th, 2020 George Floyd was murdered by Minneapolis Police, alongside a Ford Police Interceptor. Days later, police officers drove Ford Police Interceptors into crowds of protesters in New York City and Los Angeles. During these past weeks, our vehicles have been used to deploy chemical weapons banned by the Geneva Convention.

Throughout our history, the vehicles that Ford employees design and build have been used as accessories to police brutality and oppression. We know that while many join, support, or supply law enforcement with good intentions, these racist policing practices that plague our society are historic and systemic—a history and system perpetuated by Ford for over 70 years—ever since Ford introduced the first-ever police package in 1950. As an undeniable part of that history and system, we are long overdue to “think and act differently” on our role in racism.

The letter was reportedly being circulated around Ford’s headquarters in Dearborn, Mich., and employees were being asked to digitally sign on.

How did the CEO respond?

Inevitably, Hackett caught wind of the letter, or at least its sentiment, and addressed the issue in an office memo.

In the memo, he kindly but forcefully clapped back at the demands with logic and common sense.

Here’s an example: “The issues plaguing police credibility have nothing to do with the vehicles they’re driving.” One would think such a notion would be obvious, but evidently it needed to be explained.

More from the memo:

As we imagine the future power of our connected vehicles, smarter Ford vehicles can be used to not only improve officers’ ability to protect and serve, but also provide data that can make police safer and more accountable. Just think, dating back to the Model T, Ford has more than 100 years in serving first responders and that leadership over the decades has been earned by co-developing our purpose-built vehicles and technologies with police and emergency agencies to make our vehicles the number one choice.

By taking away our Police Interceptors, we would be doing harm to their safety and making it harder for them to do their job. Again, this is why, given our insights, new capabilities and leadership, I believe these unfortunate circumstances present Ford with an even greater opportunity to not only innovate new solutions but also leverage our unique position to support the dialogue and reform needed to create safer communities for all.

PJ Media provided a shortened translation of the memo: “No. We’re not going to stop making police cars. Now get back to work.”

Calls to “defund the police” and course-correct on racial injustice have swept the nation recently in response to the killing of George Floyd, a black man, under the knee of a white Minneapolis police officer.

Several American organizations or businesses have faced pressure to withdraw support for police or rebrand products deemed offensive. Ford is only the latest to face demands from the “cancel culture” mob, but it appears company leaders are not giving in. 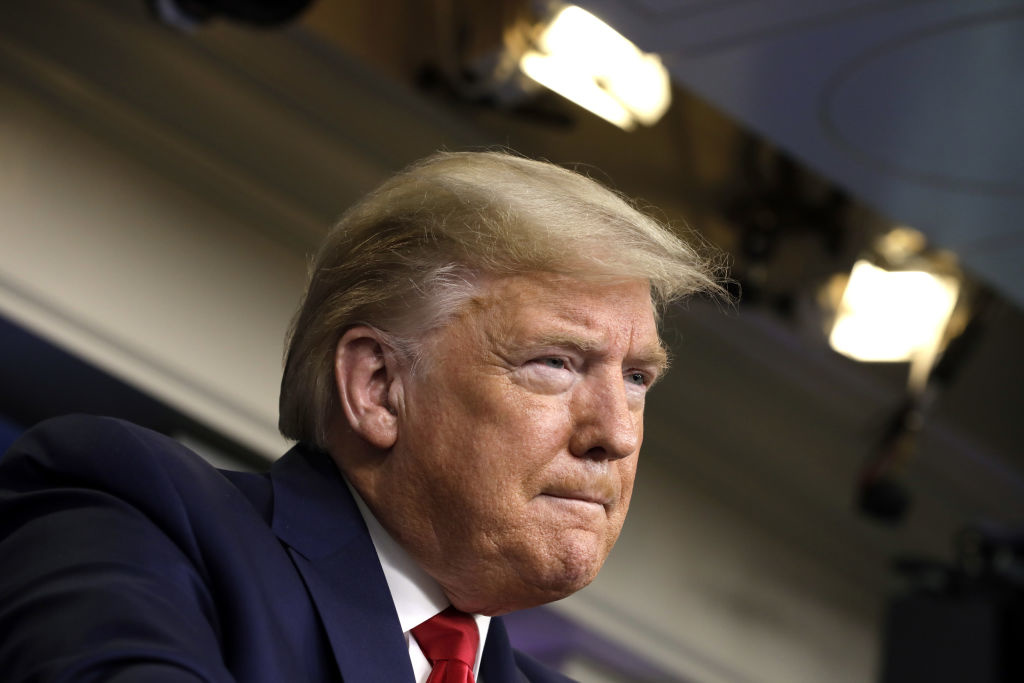 President Donald Trump, in a series of tweets Friday morning, appeared to signal that he would invoke the Defense Production Act to force General Motors and Ford to mass-produce ventilators after deals with the automotive companies went sour.

In the first tweet, Trump slammed GM for allegedly misleading the federal government about tens of thousands of ventilators they previously said they would produce in short order.

“Now they are saying it will only be 6000, in late April, and they want top dollar. Always a mess with Mary B. ‘Invoke ‘P,'” the president tweeted in reference to the company’s CEO Mary Barra. In a later tweet (shown below), Trump would clarify that “Invoke ‘P’ means Defense Production Act!”

The president also demanded that GM “START MAKING VENTILATORS, NOW!!!!!!” before adding that Ford, too, should “GET GOING ON VENTILATORS, FAST!!!!!!”

On Thursday, news broke that the White House was second-guessing a deal with GM and Ventec Life Systems to produce up to 80,000 ventilators after the companies announced a $1 billion price tag. The White House opted to cancel a scheduled announcement about the deal saying that the Federal Emergency Management Agency requested additional time to assess the cost.

Trump had previously claimed that he was in talks with GM and Ford about manufacturing ventilators amid the coronavirus outbreak, which exposed a shortage in the critical respiratory treatment device.

Trump told reporters during a press briefing that the two companies, among others, were making ventilators “right now.” At the time, fact-checkers from the Associated Press called those claims false.

Trump has been hesitant to use the Defense Production Act, a 1950 law that allows the federal government to direct industrial production of critical materials, preferring to use the power as leverage in negotiations.

It is unclear, pertaining to the president’s Friday tweets, whether he is still using the DPA as leverage or whether he plans to officially invoke it to force GM, Ford, and possibly others, to produce ventilators.

Adding to the confusion, the president also appeared to downplay the need for tens of thousand of ventilators during a telephone interview with Fox News host Sean Hannity on Thursday.

His comments came in response to a request by New York Gov. Andrew Cuomo (D) for 30,000 ventilators to handle the state’s rising number of coronavirus cases. 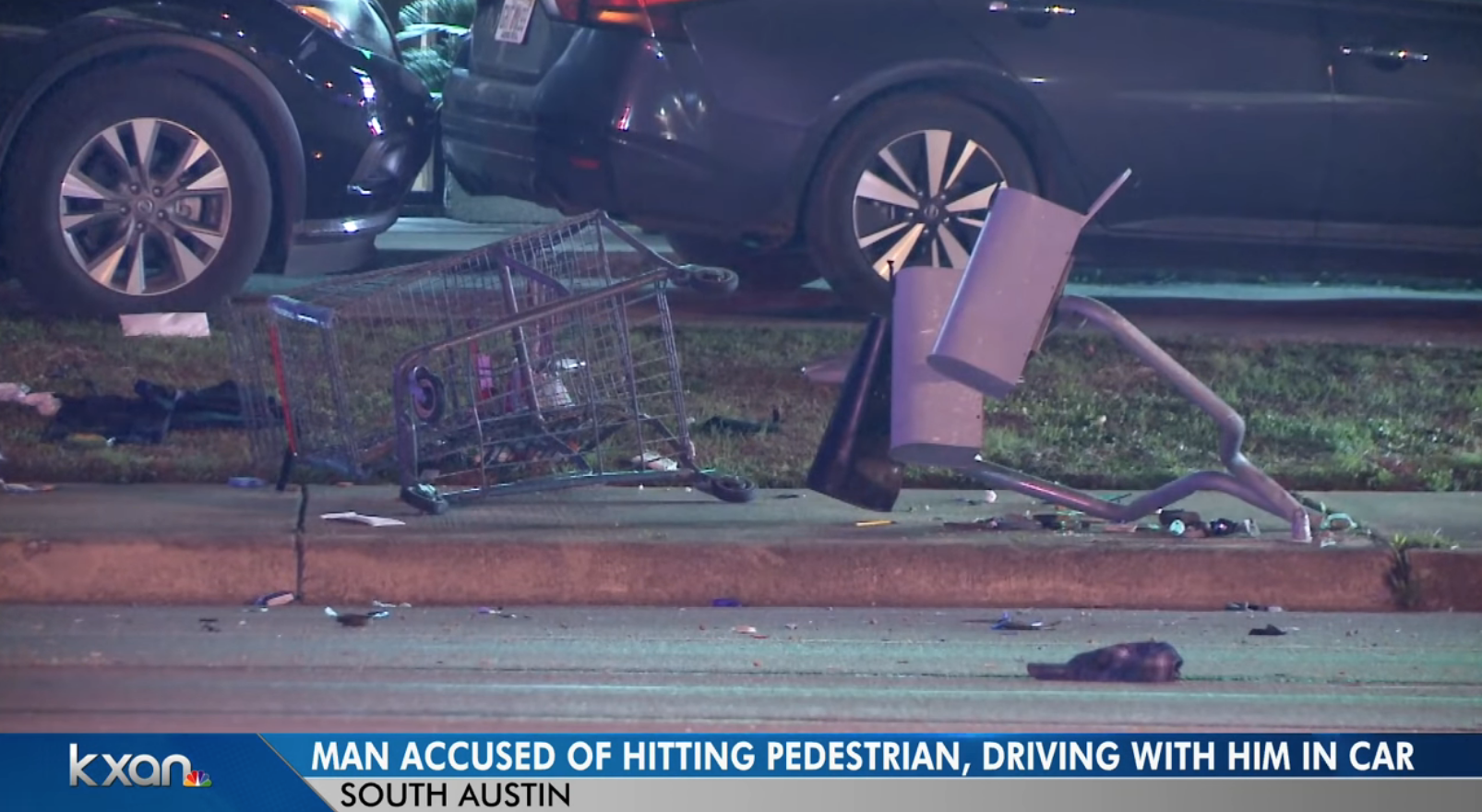 A drunk driver was arrested in south Austin, Texas, over the weekend on allegations that he hit a pedestrian and drove at least a half-mile with the “mangled corpse” in his passenger seat before stopping at a beer garden.

Witnesses told officers they saw a 2014 white Ford Focus strike a pedestrian walking with a shopping cart near Slaughter Lane at around 10:30 p.m. Saturday before driving southbound on Menchaca Road, according to an arrest report obtained by the Statesman. The vehicle was allegedly being driven recklessly and at a high speed without any headlights on.

Upon impact, the body of the pedestrian, who police on Wednesday identified as 55-year-old Lee Martin Cagle, reportedly went up into the air and through the windshield. Officers responding to the incident found the Cagle’s body in the passenger seat of the vehicle about half a mile down the road — the head and some other body parts had been detached.

According to the arrest report, the driver, Paul Joseph Garcia, 24, then calmly exited the parked vehicle and walked up to a beer garden barefoot and “in a manner that caught the attention of the other patrons.”

Officers found Garcia with blood and other debris on him that matched “the blood and body tissue found coated in the interior of the vehicle,” and after performing sobriety tests, arrested him for driving while intoxicated. He had not been served any alcohol at the beer garden.

In the arrest report, investigators noted that debris and body parts were found lining the road for the half-mile from the beer garden back to where the accident had occurred. Near the site of the accident, the pedestrian’s shopping cart was found pushed “into a cluster of mailboxes with enough force to bend a two-inch diameter, galvanized steel post that supported mailboxes.”

Garcia was officially charged for intoxication manslaughter and accident involving injury and is being held at the Travis County Correctional Complex on $110,000 bond.

Here’s more about the incident from KXAN-TV: