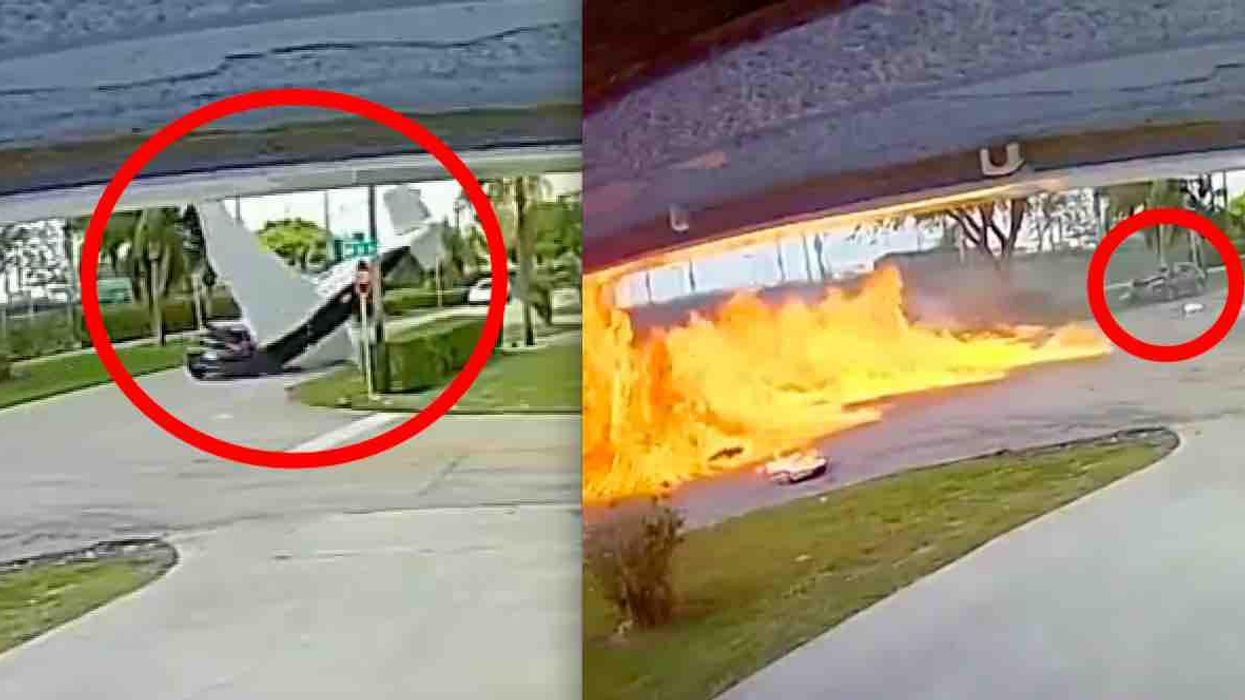 Three people were killed — including a child — and one person was injured when a small plane crashed into a residential neighborhood in Pembroke Pines, Florida, Monday afternoon,
WTVJ-TV reported.

Surveillance video from a home just feet away captured the moment the plane hit the right side of an SUV before careening across a street and bursting into flames.

After impact, the SUV ended up across the street facing in the opposite direction from which it had been traveling. Pembroke Pines Police told the station the crash occurred near Southwest 72nd Avenue and Southwest 13th Street.

The two people on the plane were killed at the scene, fire rescue officials told WTVJ, while an adult and child in the SUV were taken to Memorial Regional Hospital in serious condition. The station, citing sources, said the adult was later released while the child died late Monday night.

His mother, who also was in the SUV, was identified at a Broward School Board meeting Tuesday as Megan Bishop, WPLJ said, adding that she’s a paraprofessional at Hollywood Hills Elementary School.

While Megan and Taylor Bishop were injured, Taylor was trapped and had to be extricated, WPLJ reported, adding that first responders said he was wearing a seatbelt.

Aerial footage showed firefighters spraying down the plane wreckage against an airport fence across the street from the residential neighborhood, WTVJ reported, adding that other pieces of the plane were scattered around the scene of the accident.

Witnesses told WPLJ they saw the plane circling back toward the runway before it took out a power line and crashed.

Annabelle Fernandez told WTVJ she was nearby when the plane went down.

“We heard a tremendous noise, and we went out and everybody was on fire, everything was bad,” Fernandez said. “It got to the car. It was a mother with her kid, and we don’t know what happened to them. The fire rescue came, and they got them.”

The FAA and National Transportation Safety Board will be investigating the crash, WTVJ added.