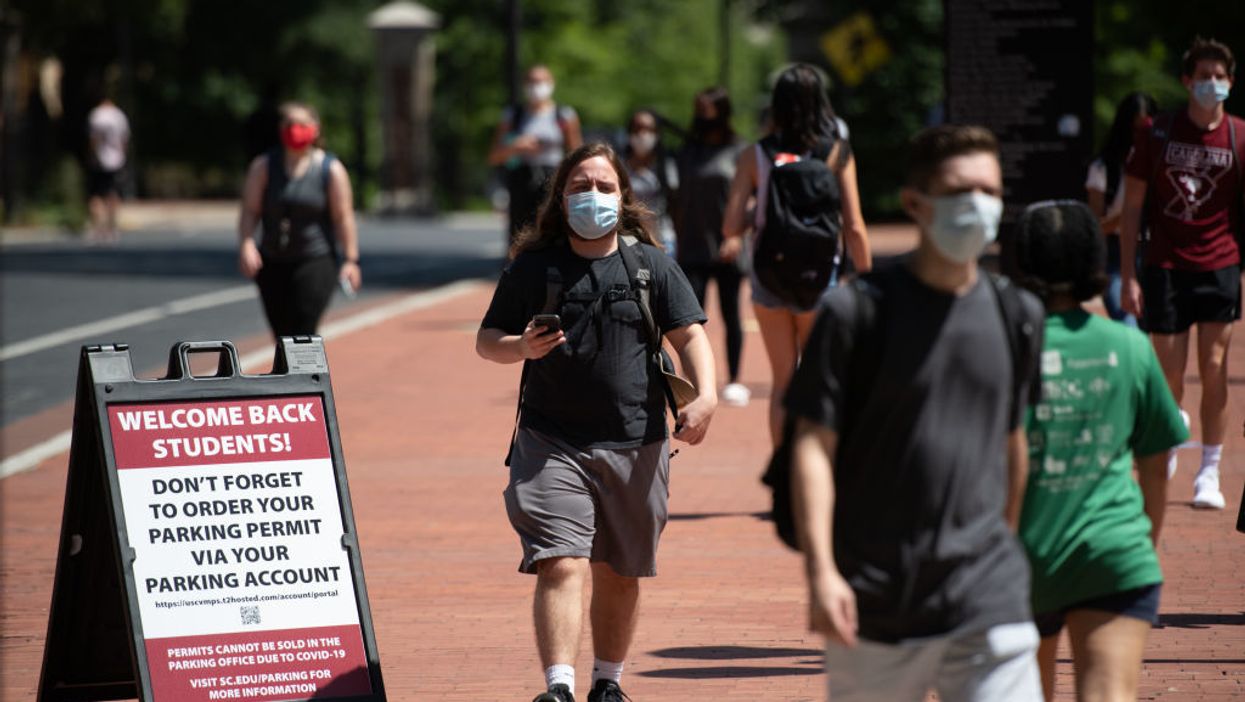 The share of young adults in the U.S. who live with their parents is the highest ever recorded, according to a recently released Pew Research analysis.

The report found that a majority — 52% — of adults ages 18-29 are residing at home with at least one parent. The percentage, measured in July, beat the previous record of 48% set at the end of the Great Depression in 1940.

Pew cites the coronavirus pandemic as the main driver of the increase, which brings the total number of young adults living at home to 26.6 million, up 2.6 million from February.

It should be noted, however, that the number was already near historic levels before the pandemic, as 47% of adults ages 18-29 reported living at home in February, just one percentage point off from the highest Great Depression numbers.

Pew reported that the increase affected all major demographics but was sharpest among young white adults and those ages 18-24.

“The number and share of young adults living with their parents grew across the board for all major racial and ethnic groups, men and women, and metropolitan and rural residents, as well as in all four main census regions,” the report stated.

The share of U.S. young adults living with their parents is now higher than any previous measurement. Before 2020,… https://t.co/HfzckJCEeO

The pandemic has hit the younger demographic particularly hard, as many college campuses have closed down due to health concerns and job prospects have been erased. One-quarter of those ages 16-24 have lost their jobs since the start of the pandemic.

The coronavirus-related shutdowns have also had an adverse effect on the mental welfare of this population group.

In August, the U.S. Centers for Disease Control and Prevention reported that a whopping 25.5% of adults ages 18-24 considered suicide in June, a figure eerily similar to the number of those who lost their jobs.

The survey also found that young adults were disproportionately dealing with a host of other mental health issues, such as “symptoms of anxiety disorder or depressive disorder, COVID-19-related [trauma- and stressor-related disorder] TSRD, initiation of or increase in substance use to cope with COVID-19-associated stress.”

In a bit of good news for the economy, the unemployment rate dropped to 8.4% in August, marking the first time unemployment has been recorded in the single digits since March. The economy also continued its slow climb back by adding 1.4 million jobs. 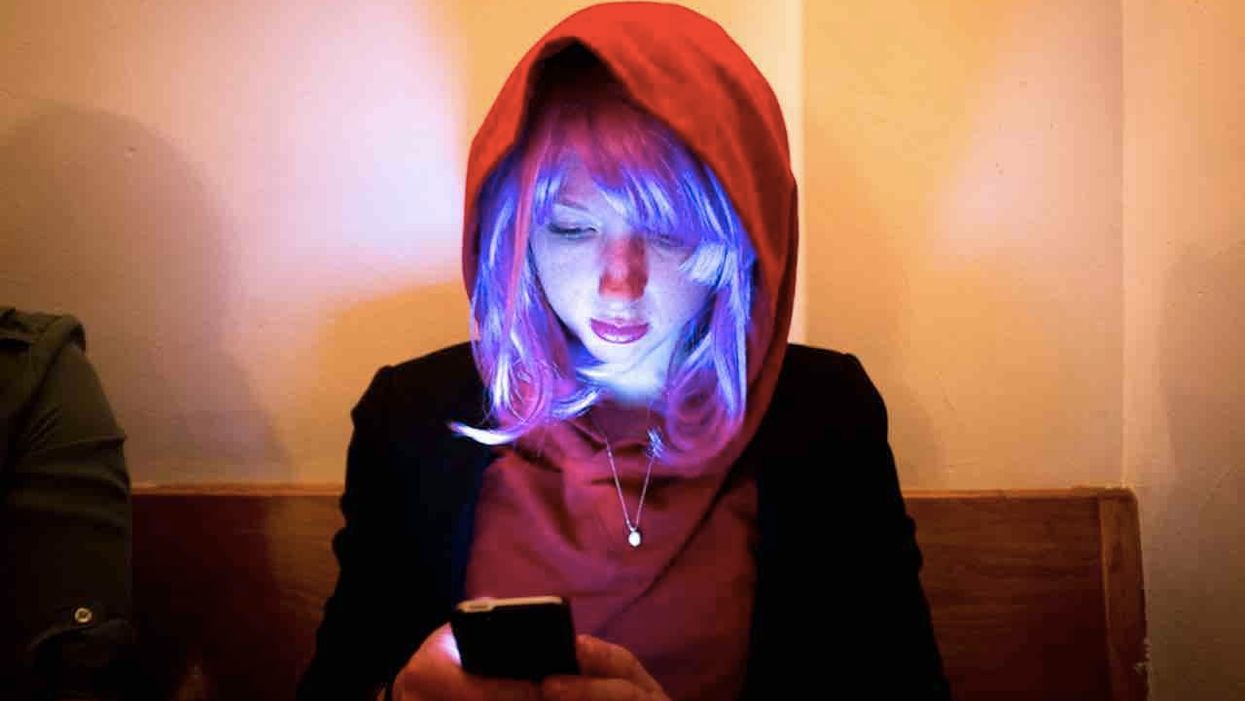 Social media messages using periods, believe it or not, can intimidate teens and young adults, who interpret such punctuation as a sign of anger, the Daily Mail reported, citing linguists.

It seems the aforementioned age group — otherwise known as Generation Z — has grown up with smartphones they use to send short messages without periods, the outlet said.

According to a 2015 study from State University of New York, Binghamton, those who finish messages with periods are viewed as insincere, the Daily Mail said, adding that the debate resurfaced after writer Rhiannon Cosslett tweeted: “Older people — do you realize that ending a sentence with a full stop comes across as sort of abrupt and unfriendly to younger people in an email/chat? Genuinely curious.”

The outlet said several Twitter users couldn’t believe it — particularly because Cosslett’s own tweet ended with a full stop (i.e., period). One Twitter user even accused her of “peak snowflakery,” the Daily Mail said.

Enter crime novelist Sophie Hannah, who replied, “Just asked 16-year-old son — apparently this is true. If he got a message with full stops at the end of sentences, he’d think the sender was ‘weird, mean or too blunt,'” the outlet said.

Experts say young people used electronic communication to break up their thoughts by sending each one in a separate message without punctuation — and the only time a period is used is when they want to communicate annoyance or irritation, the Daily Mail said.

In regard to the SUNY Binghamton study, which surveyed 126 undergraduates, research found that text messages ending in periods were perceived as less sincere while those ending in exclamation points were seen as heartfelt or more profound, the outlet said.

The researchers therefore concluded that punctuation “is one cue used by senders, and understood by receivers, to convey pragmatic and social information” such as irritation, the Daily Mail said.

“When speaking, people easily convey social and emotional information with eye gaze, facial expressions, tone of voice, pauses and so on,” research leader Celia Klin said, the outlet noted. “People obviously can’t use these mechanisms when they are texting. Thus, it makes sense that texters rely on what they have available to them — emoticons, deliberate misspellings that mimic speech sounds and, according to our data, punctuation.”

Owen McArdle, a University of Cambridge linguist, told the Telegraph that periods “are, in my experience, very much the exception and not the norm in [young people’s] instant messages, and have a new role in signifying an abrupt or angry tone of voice,” the Daily Mail said.

Professor David Crystal, one of the world’s leading language experts, argues that the usage of full stops is being “revised in a really fundamental way.”

In his book, “Making a Point,” he says that the punctuation mark has become an “emotion marker” which alerts the recipient that the sender is angry or annoyed.

He wrote: “You look at the Internet or any instant messaging exchange — anything that is a fast dialogue taking place. People simply do not put full stops in unless they want to make a point. The full stop is now being used in those circumstances as an emotion marker.”

I fondly recall in the previous century when folks commonly ended sentences and complete thoughts with periods, and no one got offended (Sorry, kids) Now a “full stop” means the writer is, well, mean? May it never be!

I’m not sure Elaine from “Seinfeld” had a problem using the period, but her publishing company boss sure didn’t like her overuse of the exclamation point!

Or her guy pal! 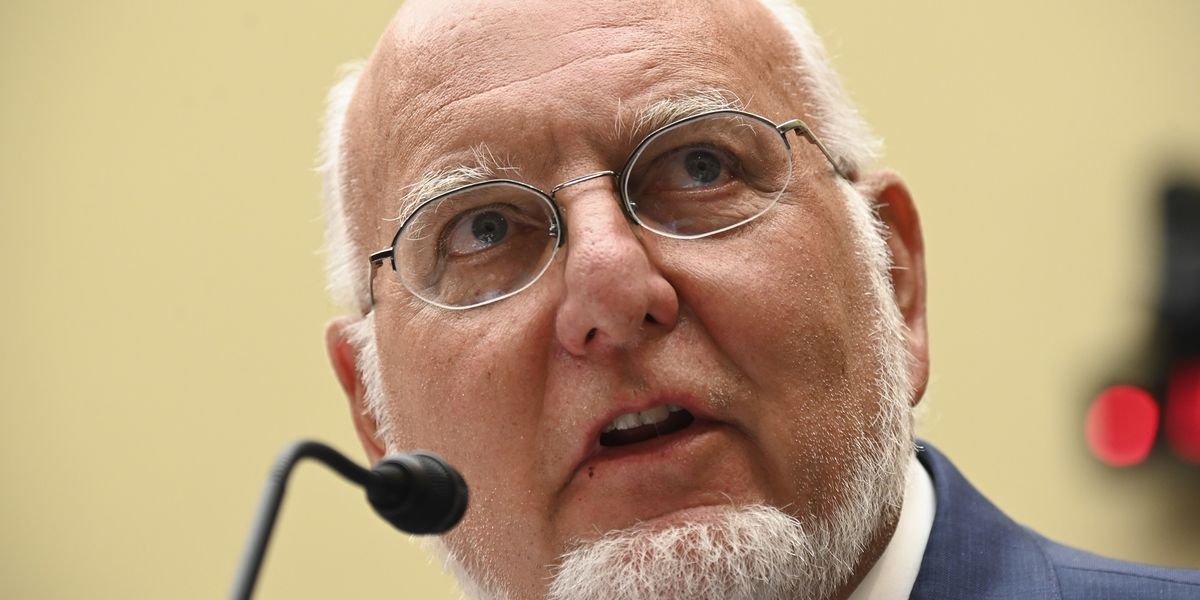 New data released by the Centers for Disease Control and Prevention shows that more than one quarter of young adults in the U.S. considered killing themselves in the month of June, a startling statistic that lays bare the impact the COVID-19 pandemic is having on mental health.

In a survey of 5,412 adults conducted June 24-30, 25.5% of those between the ages of 18 and 24 reported “having seriously considered suicide in the 30 days before completing the survey,” the agency reported. To compare, that is more than double the percentage of adults overall who reported suicidal ideations during the time period, at 10.7%.

The CDC found that young adults were hit harder in other mental health areas, including “symptoms of anxiety disorder or depressive disorder, COVID-19-related [trauma- and stressor-related disorder] TSRD, initiation of or increase in substance use to cope with COVID-19-associated stress,” noting that “prevalence decreased progressively with age.”

Just over 40% of all the adults survey reported having at least one adverse mental or behavior health condition in June, and that percentage jumped to 74.9% among those in the 18-24 subgroup.

The numbers confirm the fears CDC Director Robert Redfield expressed last month, when he warned that younger people would be at greater health risk of suicide, drug abuse, and influenza than from exposure to the coronavirus.

Redfield, who has advocated for the reopening of schools, said during a Buck Institute webinar, “There has been another cost that we’ve seen, particularly in high schools. We’re seeing, sadly, far greater suicides now than we are deaths from COVID.”

He added, “We’re seeing far greater deaths from drug overdose that are above excess that we had as background than we are seeing the deaths from COVID.”

While the young have been hardest hit, The Washington Examiner noted that “the pandemic has contributed to increased instances of depression and anxiety across all age groups,” according to the CDC’s numbers.

Public health experts have warned that unemployment and financial hardship would contribute to increases in mental health issues. CDC analysts suggested Thursday that any intervention at the local level and prevention efforts include strengthening economic support systems to reduce financial stress, as well as to address racial disparities in healthcare.