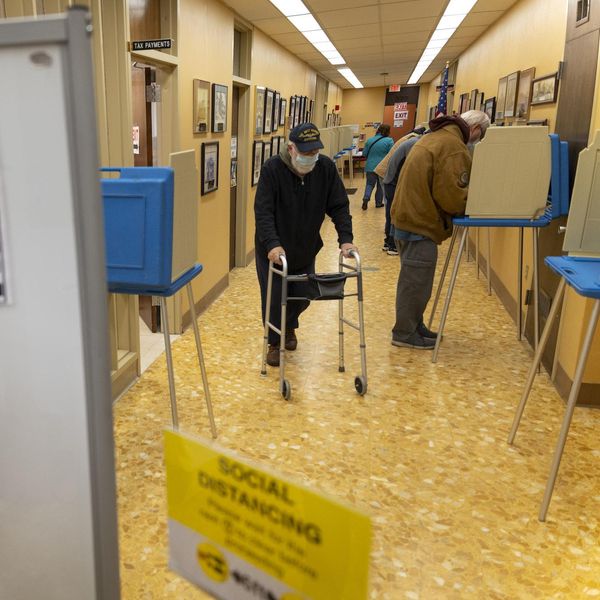 The lawsuit is the latest in the president’s attempts to challenge and overturn the results from the 2020 presidential election due to alleged voter fraud.

Among the
allegations are claims that five mayors from the largest cities in Wisconsin violated the state’s election code when they instituted new ballot gathering measures.

A Plan by the Mayors of Wisconsin’s five largest cities (Milwaukee, Madison, Kenosha, Green Bay and Racine) and funded by an out-of-state organization known as the Center for Tech & Civic Life to implement a new form of balloting in Wisconsin using un-manned, absentee ballot drop boxes without adequate or uniform chain of custody standards and security protocols contrary to the Wisconsin Election Code.

Bill Block, the lead counsel in the lawsuit, said that the acts resulted in an “unconstitutional and unlawful election.”
The lawsuit asks for the federal court to send the matter to the Wisconsin legislature, which would decide how to choose electors given the decision of the court.
Also on Wednesday, the president’s attorney Rudy Giuliani spoke before the Michigan House Oversight Committee to testify about claims of wrongdoing in the presidential election. He said that he had evidence of “massive cheating, particularly on the part of the Democratic Party of Detroit.”
On Monday, U.S. Attorney General William Barr said that the Department of Justice had looked into claims of large-scale voter fraud that changed the results of the election.

“To date, we have not seen fraud on a scale that could have affected a different outcome in the election,” Barr said.

Later a spokesperson for the Department of Justice appeared to walk back the statement, saying that the investigation into voter fraud was not completed nor was there a conclusion reached.

Here’s a local news report about the claims of the Trump legal team: 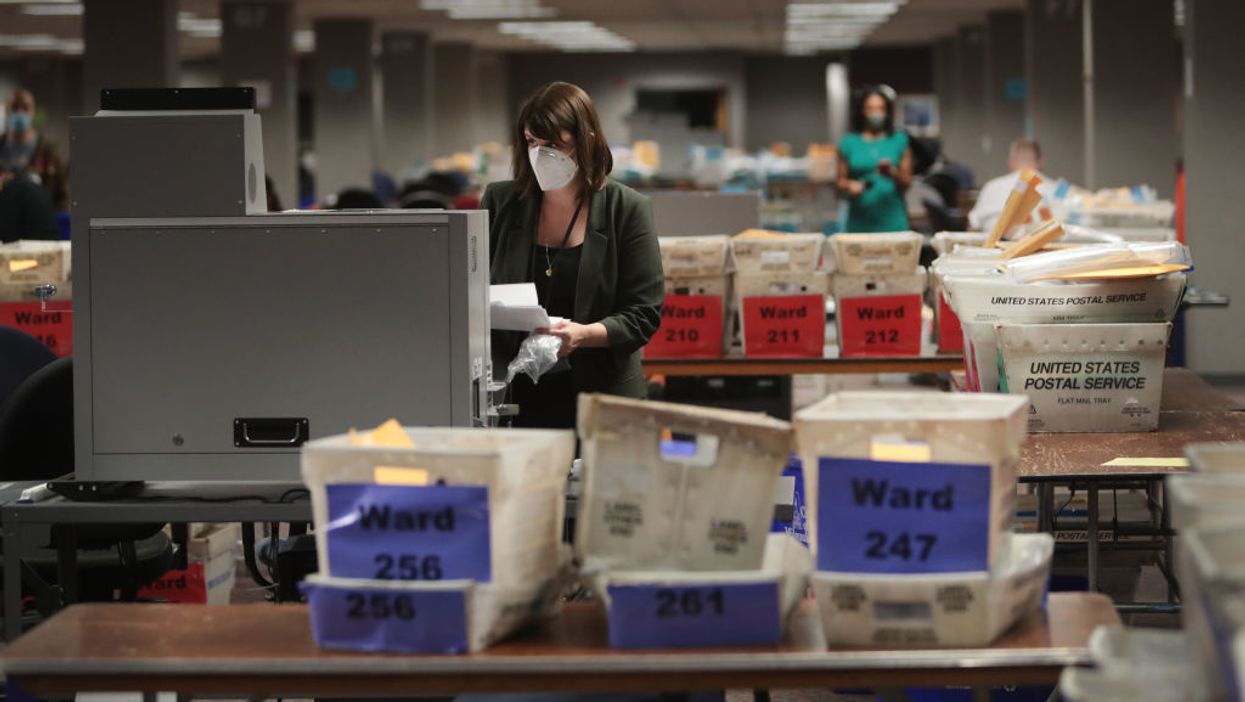 President Donald Trump’s re-election campaign has officially agreed to pay $3 million to launch recount efforts in two liberal Wisconsin counties in hopes of overturning the election in his favor.

According to the Milwaukee Journal-Sentinel, recounts in the state’s two most populous counties — Milwaukee and Dane — are expected to begin this week and be completed by the Dec. 1 deadline.

Former Dane County Judge Jim Troupis, who is representing the Trump campaign in its recount effort, said in a statement, “We will not stop fighting for transparency and integrity in our electoral process to ensure that all Americans can trust the results of a free and fair election in Wisconsin and across the country.”

Earlier this month, Trump lost the state to Biden by a narrow margin of just over 20,000 votes. But the Trump campaign has repeatedly contended that widespread election fraud is the reason for its defeat. Now they hope a recount will net them enough votes to flip the important Midwestern state, which helped carry Trump to the Oval Office in 2016.

Though Biden only narrowly won the election statewide, he handily won Milwaukee and Dane counties. The former vice president defeated the incumbent in Milwaukee County 317,270 votes to 134,357, according to the final canvass. In Dane County, he beat Trump 260,185 to 78,800.

The Journal-Sentinel noted that a statewide recount would cost the Trump campaign upwards of $8 million, so at this juncture the campaign elected to save some money and focus efforts on Milwaukee and Dane.

There are certainly enough votes in just those two counties to make a significant difference if the campaign’s claims of election fraud are valid. Democratic nominee Joe Biden amassed more than one-third (35%) of his total Wisconsin vote count in Milwaukee and Dane alone.

The Trump campaign and Republicans in the state are hoping that the recount sheds light on some election practices they have called into question in recent weeks.

For one, Republicans have cried foul over the practice of clerks filling in address information for witnesses on absentee ballot envelopes after witnesses failed to provide that information themselves. According to a recent report, clerks and poll workers in Wisconsin may have “unlawfully altered witness statements” on thousands of mail-in ballots by doing so.

The Journal-Sentinel also made mention of Republicans’ complaints regarding “Democracy in the Park” events which took place in Madison, the capital city, prior to the election.

“At those events, poll workers in more than 200 city parks accepted ballots that had been mailed to voters — an arrangement that the city contends was legal but that Republicans contend amounted to early in-person voting ahead of the early-voting period,” the news outlet noted. “Dane County Clerk Scott McDonell said the ‘Democracy in the Park’ events were not a form of early voting, but rather an ‘in-person drop box.'”

Recounts rarely change the results of an election in any significant way, so without a court victory for Trump which discards fraudulent ballots, the outcome this time around will likely stay the same. 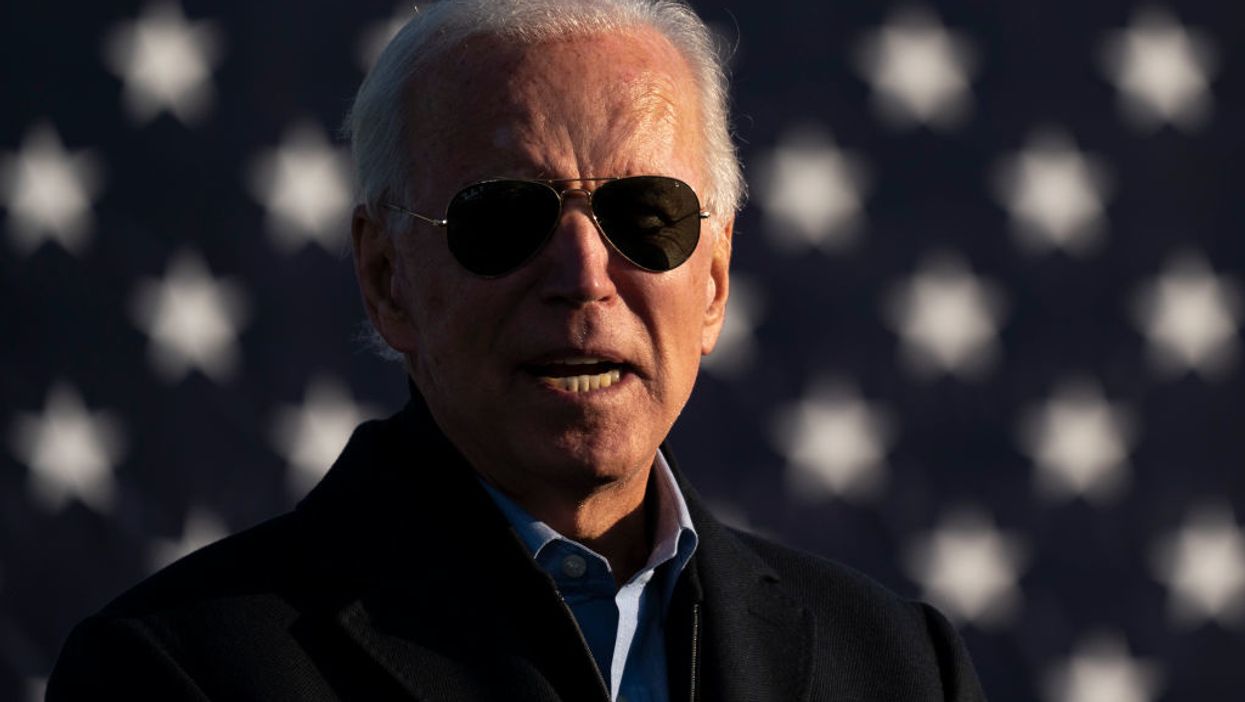 Late Wednesday morning, the state’s elections commission director, Meagan Wolfe informed NBC News that “all of the ballots have indeed been counted” and that the commission is “not seeing that there’s any counties that haven’t posted their results on their websites.”

TheBlaze reached out to Wolfe for confirmation on the results, but has not yet received a reply.

There were reports early Wednesday that some 13,000 ballots in Outagamie and Calumet counties had been misprinted and still needed to be counted. Trump won both of those counties in 2016. However, even if for some reason they are not reflected in the current reported count, the numbers for Trump would not be enough to close the gap.

Should the results stand, Biden would claim an important victory in the Rust Belt and disrupt another pathway for the incumbent to secure 270 Electoral College votes and earn re-election. Trump, who won Wisconsin in 2016 by a similarly narrow margin — roughly 27,000 votes — was hoping to sweep the Midwest en route to victory.

Trump held a lead in the state Tuesday night before a large swath of absentee ballots were counted in the Milwaukee and Green Bay areas and the outcome changed. A similar trend is taking place in the battleground states of Michigan and Pennsylvania.

Given the narrow margin of victory and allegations of fraudulent activity, the Trump campaign has defiantly protested the outcomes in the Midwestern states, Wisconsin included.

It should be noted, then, that because the final tally is within 1% — at least as it stands now — under Wisconsin law, a recount can be requested. The Trump campaign will almost assuredly make such a request.