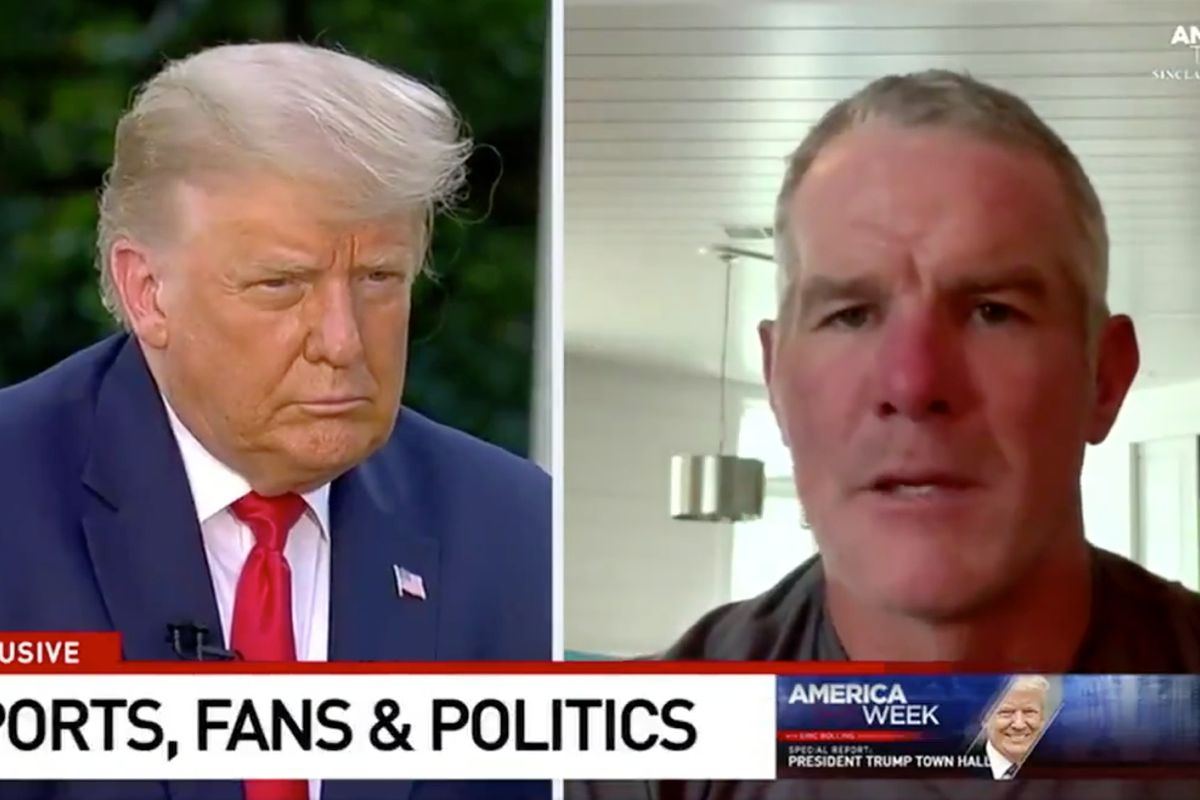 Favre — who lives in the swing state of Wisconsin — could boost the president’s performance on Tuesday.

In a Friday tweet, Favre
wrote, “My Vote is for what makes this country great, freedom of speech & religion, 2nd Amnd, hard working tax paying citizens, police & military. In this election, we have freedom of choice, which all should respect. For me & these principles, my Vote is for @realDonaldTrump.”

During a town hall-style event that took place last week on Sinclair’s “America This Week with Eric Bolling” the former quarterback — who appeared virtually — asked the president, “The NBA and the NFL are struggling with lower ratings, as fans clearly do not want political messaging mixed with their sports. So how should the leagues support and promote an anti-racism position without becoming political and alienating fans?”

Trump in response replied that Americans are entitled to free expression, but shouldn’t distract from sports games, and should not protest during the national anthem.

“If people want to protest, they can,” Trump responded. “But they shouldn’t be protesting on the sidelines during the football game, especially when they are making $10 million a year for something that they’d be doing anyway, for free if they weren’t in the NFL or in the NBA.”

The president added that Americans have got “enough politic with me and with everybody else.”

“[T]hey don’t want to see it with football or sports or Sunday or whenever they happen to be watching,” he pointed out.

“The NBA and the NFL are struggling with low… https://t.co/NKhsL338ns