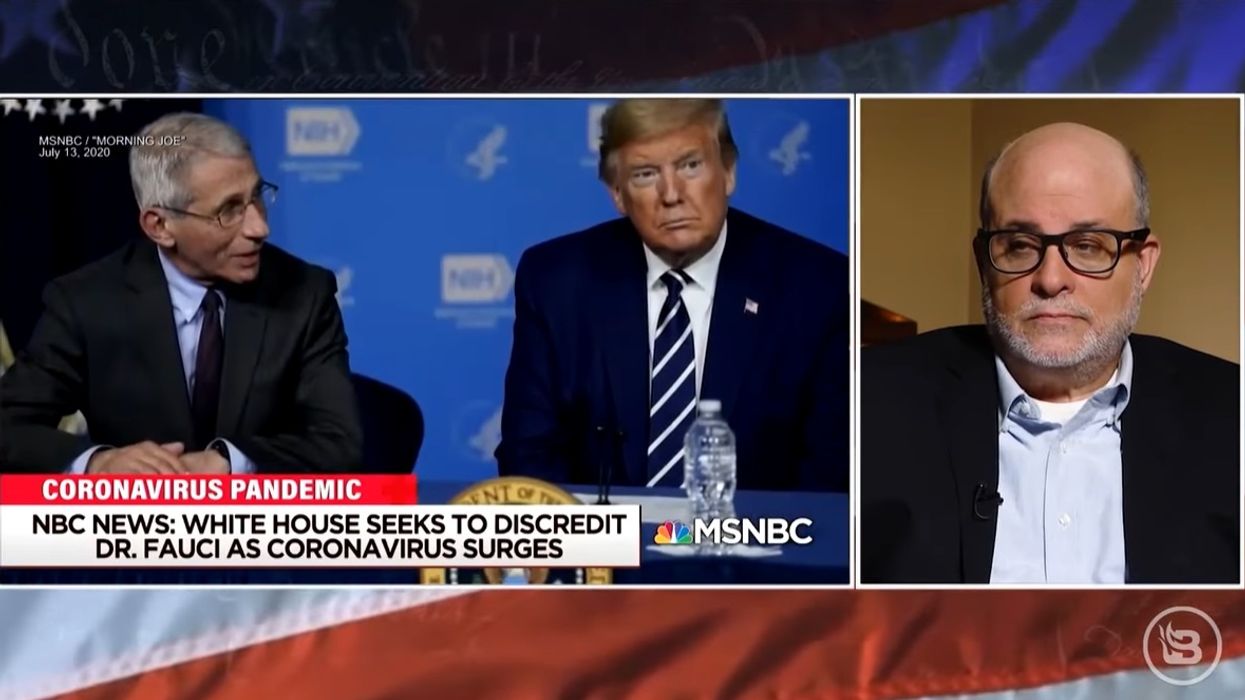 This week on “LevinTV,” Mark Levin called out the mainstream media’s response to recent allegations that the White House sought to undermine coronavirus task force adviser, Dr. Anthony Fauci, with a “leaked” list of erroneous comments he made.

“Shouldn’t the American people know this [if Fauci made mistakes]? I mean, shouldn’t the media be informing us, if Fauci is going to be held up as the number one, planet’s expert on the subject?” Levin asked. “Let’s be honest, Fauci’s been wrong a lot. And the president is not ignoring the science — he has other experts giving him advice.”

As for Dr. Fauci, he told “CBS Evening News” anchor Norah O’Donnell on Wednesday that his relationship with the president is actually “very good.”

“You know, it’s complicated because in some respects I have a very good relationship with [Trump.] During the times that I was seeing him a fair amount, it was quite a collegial relationship. And in many respects, it probably still is,” Fauci said.

Watch the video clip below to hear Levin explain why President Trump is absolutely right to listen to more than one expert opinion.