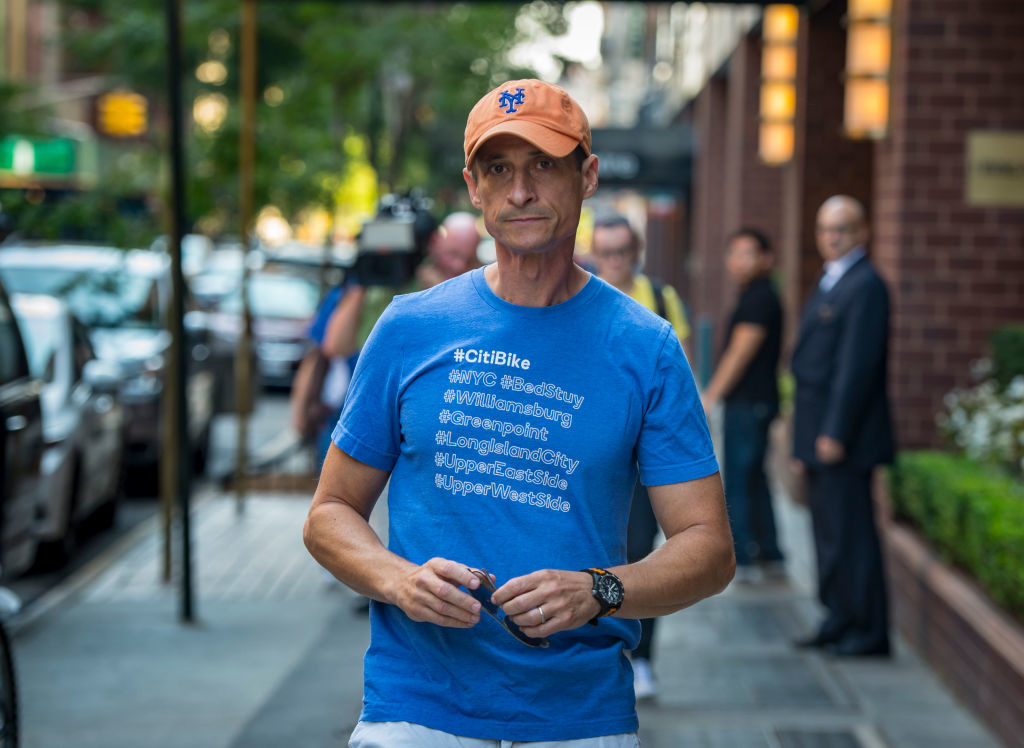 The school board where Anthony Weiner’s son attends is reportedly upsetting parents by considering letting the disgraced former congressman and convicted sex offender back onto school grounds.

Weiner — who was recently imprisoned for sexting with a 15-year-old girl — has been lobbying for the change so that he can pick up his son, Jordan, 8, and attend events such as parent-teacher conferences, Page Six reported.

Page Six noted that while it is commonly held that sex offenders are not allowed in places where children are often found, such as parks and schools, New York State law allows for an exception to be made if the offender has a child at a school. In those cases, it is up to the school board to make the ultimate determination.

The news that the school board is deliberating over the matter has evidently caused a stir in the community.

“Parents are very upset,” a source allegedly told Page Six. “The school has kids that are 16 and 17 — the same age as [the kid] that he was [sexting] with.”

In September 2016, Weiner was caught sexting and sending lewd pictures of himself to a 15-year-old girl, even asking the girl to engage in “rape fantasies” with him, the Daily Mail reported. He was later sentenced to 21 months in federal prison for the crime but only served 16 months.

After being released, Weiner was required to register as a sex offender and undergo three years of supervised release. Despite filing for a divorce after news broke that he was sexting with a minor, Weiner’s wife, longtime Hillary Clinton aide Huma Abedin, withdrew her petition.

According to the New York Post, Weiner has since moved into the same East Village apartment building where Abedin and their son live.