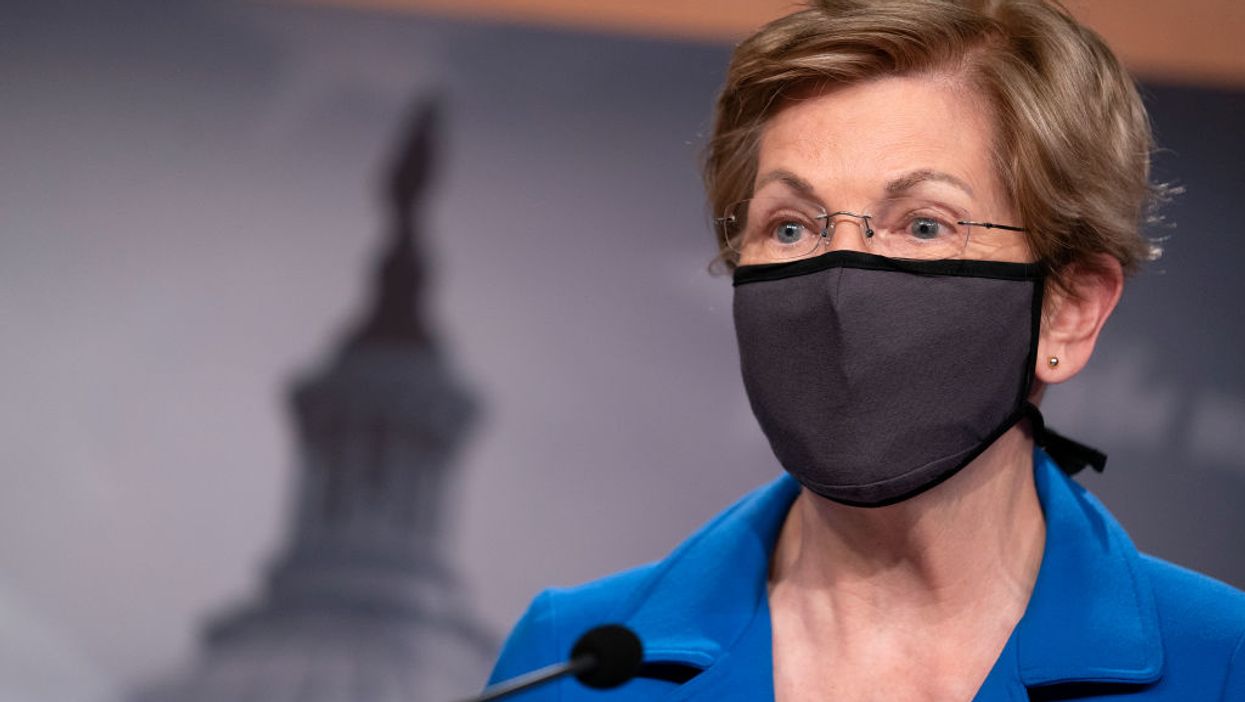 Progressive Sen. Elizabeth Warren (D-Mass.) wants to serve as secretary of the Treasury for the Biden administration and will “make her case for it” if the Democratic nominee wins the presidency next week, Politico reported.

The news outlet published the news after three anonymous Democratic officials reportedly confirmed it after speaking with Warren’s inner circle. Two of them bluntly stated, “She wants it.”

The report also noted that Warren has “developed a relationship with Biden as an economic adviser” since she dropped out the presidential race last spring.

Warren spokesperson Kristen Orthman did not deny the report in a comment to Politico, but said, “It’s 5 days out, we’re focused on the election and encourage everyone else to be as well.”

The news comes as progressive voices, such as Rep. Alexandria Ocasio-Cortez (D-N.Y.) and Rep. Illhan Omar (D-Minn.), have forecasted their intention of pushing for far-left policy initiatives should Democrats win the presidency and regain control of the Senate.

“We will have a cohort of progressives that are very clear about their objectives for wanting the implementation of Medicare for All and a Green New Deal and raising the minimum wage and not allowing for fracking,” Omar vowed during a recent interview.

Biden, who in the primary was considered to be a more moderate voice of the party, has already veered to the left significantly during his presidential campaign, notably signing off on the “Biden-Sanders Unity Task Force Recommendations.” The lengthy document details shared policy initiatives from the Biden and Sanders camps on a broad spectrum of issues, including climate change, health care, criminal justice, and education.

Due to the collaboration that Biden has had with the progressive wing of the party, Sanders remarkably predicted that Biden will be “the most progressive president since FDR.”

During her campaign, Warren espoused some of the most progressive economic policies among the field of candidates, especially as it pertained to taxing the wealthy.

She even proposed a tax plan that when applied could result in hiking federal tax rates for some Americans as high as 158%.