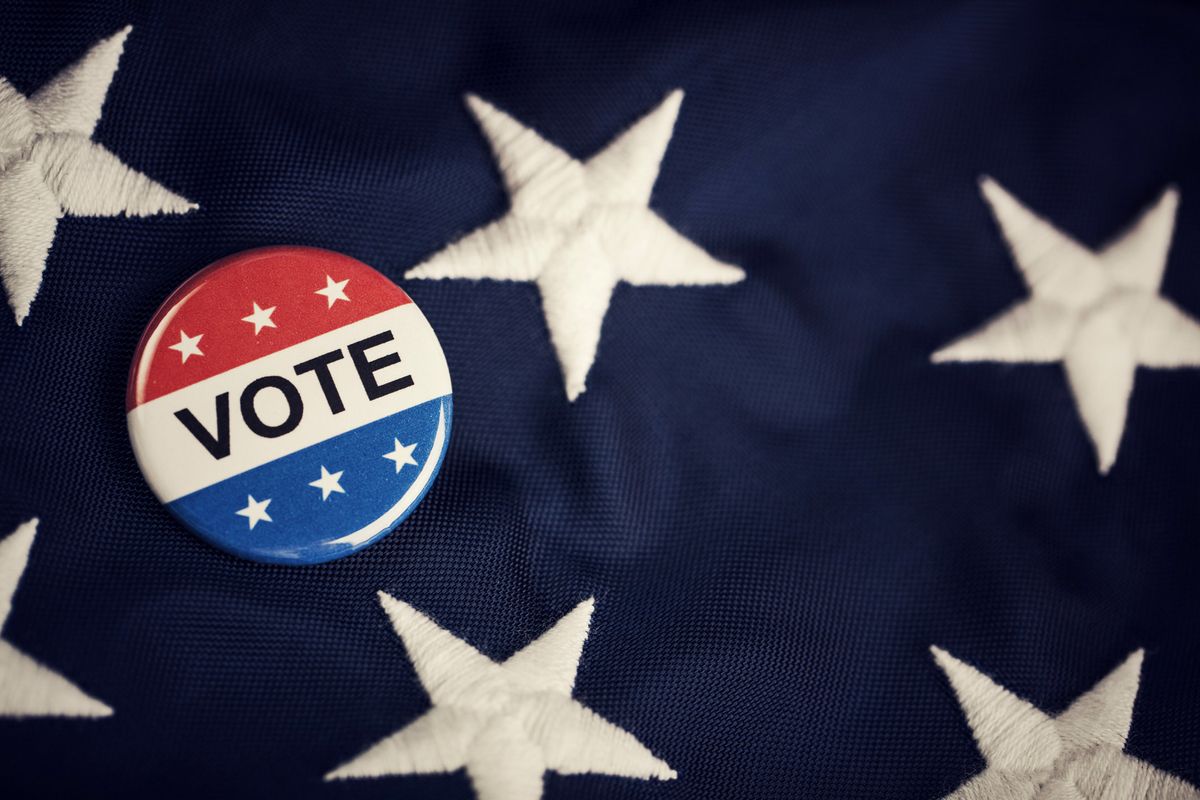 For most of us, there are few if any opportunities to demonstrate our devotion to this great nation. Those among us who join the military or law enforcement and protect our people from foes, foreign and domestic, are small in number. Yet we have the power to determine our own fate and the fate of our nation by the simple act of voting. And in a precious few days, we the people will decide for ourselves, our progeny, and for the rest of time whether America will remain a vibrant and free constitutional republic, the likes of which the world has never known, or whether America will become just another nation in decline, going the way of Athens and Rome but in a shorter time. This election will decide, WE will decide, if we wish to live in freedom or tyranny, in sunlight or darkness, in prosperity or poverty. The choice could not be starker. And the choice is ours.

We must ask ourselves: What will our children and grandchildren think of us, how will history judge us, what would our ancestors say of us, if we so casually and without duress turn aside mankind’s greatest achievement and vote for a thousand years of decline, gloom, and doom? Each successive generation must commit to ensuring that the next generation lives free. We must reflect on the selflessness with which Americans have sacrificed and died, on battlefields throughout the world and in our own Revolutionary and Civil Wars, so that we might appreciate what we have inherited — a country in which we live and flourish in a civil and open society.

As I explained in “Liberty and Tyranny,” too often, liberty’s permeance makes its manifestations elusive or invisible to those born into it. Even if liberty is acknowledged, it is often taken for granted and its permanence assumed. Under these conditions, the statist’s agenda, that is, the Democrat Party’s diabolical plans, can be alluring. It is not recognized as an increasingly corrosive threat to liberty but rather seen as coexisting with it. But all liberty-loving citizens should know better and be alarmed by the ascent of tyranny not only in the Democrat Party but throughout the culture. Nor should we be confused or taken in by the various nomenclatures designed by the Democrat Party to deceive us into believing that its movement is some kind of “people’s” movement — such as “democratic socialism.” Like all such movements, it ultimately relies on the iron fist to control the people, not serve them.

As I previously noted, the Democrat Party’s presidential nominee, Joe Biden, who has perfected the politics of deceit and manipulation, veils his pursuits in moral indignation, intoning in high dudgeon the injustices and inequities of liberty and of life itself, for which only he and his party can provide justice and bring a righteous resolution. And when the resolution proves elusive, as it has during his 47-year political career, he demands ever more authority to wring out the imperfections in mankind’s existence. Hence his 110-page Marxist manifesto. Unconstrained by constitutional prohibitions, what is left but Biden’s own moral compass, which has already led him astray? He is never circumspect about his own shortcomings. Failure is not a product of his beliefs but merely want of power and resources. Thus are born endless rationalizations for seizing ever more governmental authority. Consequently, the Democrat Party’s intention to destroy the Supreme Court by packing it with kindred ideologues; the expansion of the U.S. Senate to create a super-majority, one-party Democrat rule; the elimination of the filibuster rule to crush any opposition to the Democrat Party’s lawmaking agenda; and the elimination of the Electoral College, in order to prevent millions of Americans outside the big cities and most populated states from participating in the electoral and governing system, thereby ensuring Democrat Party dominance for decades. In short, the fundamental transformation of America from a constitutional Republic to a Democrat Party leviathan.

We must never accede to the terms of our economic and political surrender and servitude. We must never abandon our children and grandchildren to a dark and bleak future. We must never accept a fate that is alien to the legacy we’ve inherited from our ancestors. We must never accept social engineering by politicians and bureaucrats who treat us like lab rats rather than self-sufficient human beings. For those who choose tyranny over liberty and vote for Joe Biden and the Democrat Party, they do not speak for the tens of millions of us who revere the principles undergirding our society and appreciate the fruits of our economic system. Nor do they get to dictate the terms of our existence, as they contort the Constitution and the law to accommodate their political ends. We must not be compliant with their demands and designs. We must vote: Vote for President Trump and the Republicans, and rally our families, friends, co-workers, and neighbors to vote for President Trump and the Republicans! And we must, like our forefathers who founded this magnificent country, become active in our own survival!