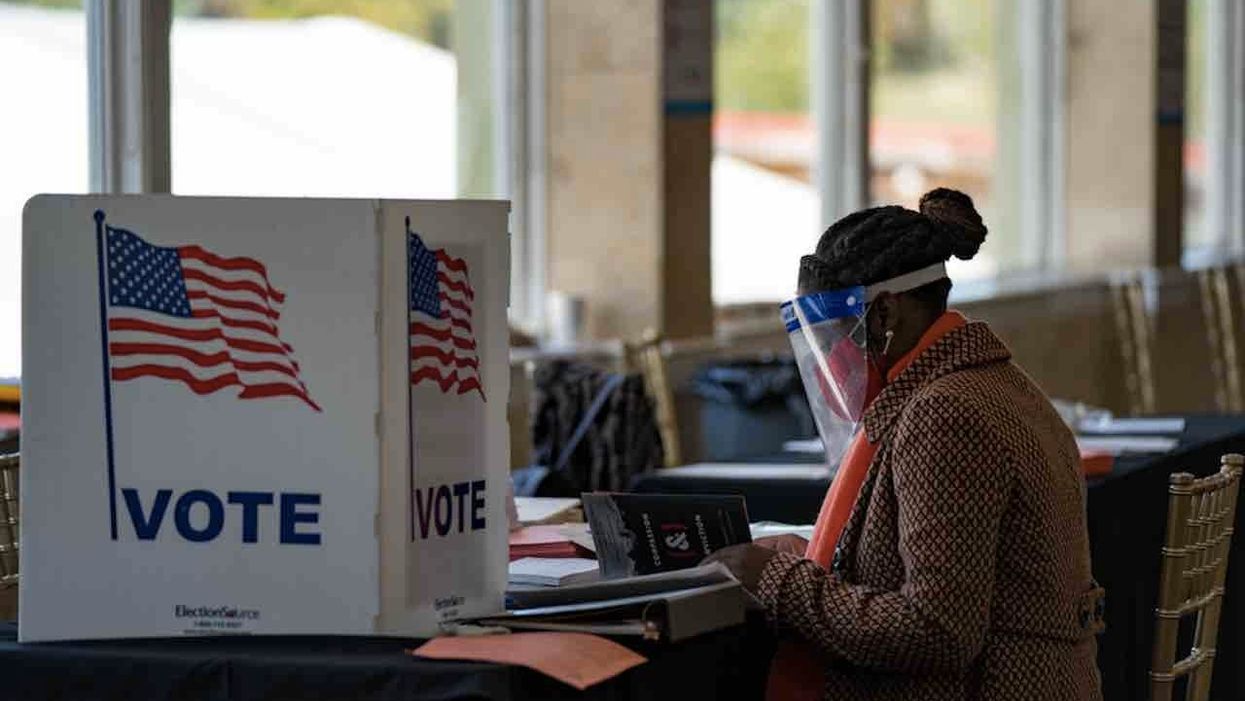 All eyes will be on Georgia Jan. 5 when a pair of runoff elections will determine the fate of the state’s two U.S. Senate seats presently held by Republicans.

In short, if the Democratic candidates flip the seats, the Senate’s 100 seats will be evenly split between the GOP and Democrats with the deciding vote going to the vice president — and that would be Democrat Kamala Harris assuming Joe Biden takes the presidential oath of office.

With the makeup of the Senate on the line — as well as future U.S. policies — the notion of people actually moving to Georgia so they can vote in the runoff and influence its outcome has become a discussion point on the left.

“I hope everybody moves to Georgia, you know, in the next month or two, registers to vote, and votes for these two Democratic senators,” New York Times columnist Thomas L. Friedman told CNN on Monday night, according to Fox News.

“These run-offs will decide which party controls the Senate, and thus, whether we’ll have any hope of a large stimulus/climate bill. If you have the means and fervor to make a temporary move to GA, [I] believe anyone who registers by Dec 7 can vote in these elections,” Eric Levitz of New York Magazine’s Intelligencer wrote in a “mostly in jest” now-deleted tweet captured by Washington Examiner reporter Jerry Dunleavy:

And former Democratic presidential candidate Andrew Yang announced on Twitter that he and his wife are moving to Georgia to campaign for the Democratic candidates Jon Ossoff and Raphael Warnock who are facing off against incumbent Republicans David Perdue and Kelly Loeffler, the Wall Street Journal reported.

Great news #yanggang – Evelyn and I are moving to Georgia to help @ossoff and @ReverendWarnock win! This is our onl… https://t.co/KxIk38BWcz

Yang didn’t indicate if he plans to register to vote in Georgia, the paper said.

Republican U.S. Sen. Marco Rubio of Florida has taken notice of the move-to-Georgia trend: “My understanding, I learned last night, is they’re even inviting people to move here to come vote,” he said at an event for Loeffler in Georgia on Wednesday, Fox News said, which incited boos from the crowd.

But is it legal?

Sure, anybody can move to Georgia in the next few weeks, establish residency, and register to vote by Dec. 7 — but is it legal?

The Journal said those who use this tactic need to stay in the state for a while or risk getting into trouble.

A spokesman for the Georgia Secretary of State’s Office cited state law saying it’s a felony to vote in the state’s elections if one is residing in the state briefly with the intention just to vote and then move away, the paper noted.

“These are sensitive issues, and election officials are going to pay attention to what is happening,” Enrijeta Shino, a University of North Florida political science professor who has researched voting issues in Georgia, told the Journal. “People should be very careful about doing that.”

Shino told the paper that folks can move to Georgia briefly to work on campaigns and canvass for candidates, but voting in the state without the intention of staying would be considered fraud.

Legal residents of Georgia who turn 18 between now and Dec. 7 would be eligible to register in the runoff, Shino also told the Journal.

One of the main ways to establish proof of residency is to provide a valid Georgia driver’s license. People must bring proof of identification, Social Security number and a Georgia primary residence (such as a utility bill). The state Department of Driver Services sends information on new residents obtaining driver’s licenses to the Georgia Secretary of State’s Office for voter registration, unless the new driver specifically asks the department not to do so, said department spokeswoman Shevondah Leslie.

If drivers meet the state’s requirements, the county board of elections automatically registers new residents to vote. How soon that would take place is not clear.

A sudden influx of new residents could have some impact on what are expected to be close Senate runoff elections.

Eddie Zipperer, assistant professor of political science at Georgia Military College, told Fox News that he’s “seen people saying they’ll move to Georgia, but it’s a lot more difficult than they think. It would be very dangerous and, ultimately, I presume, not worth it.” 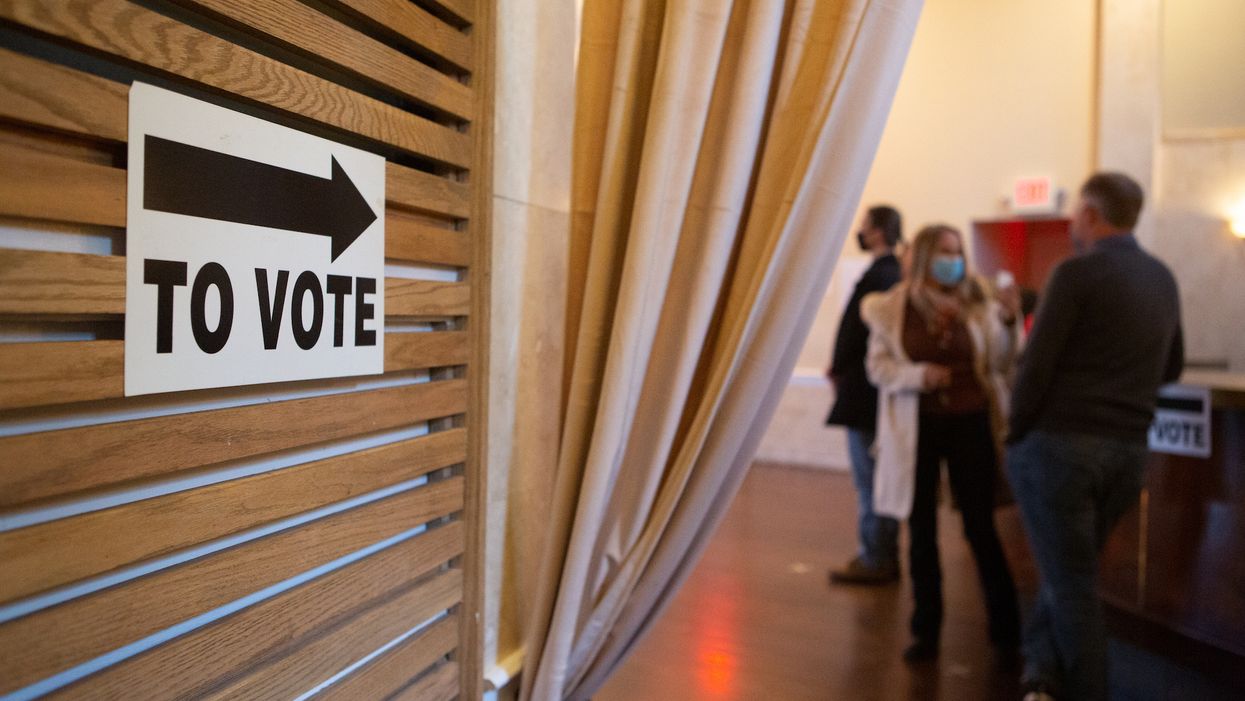 Officials admitted that voting was halted in two counties in Georgia over a glitch that was caused by an update to their system that was made the night before the election.

The temporary countywide outage caused voting machines to be
inoperable for several hours in Spalding County, but officials were able to get the machines running by 10 a.m. During the time that they were trying to fix the problem, officials had voters use paper ballots instead.

A similar issue in Morgan County forced officials to use paper ballots there as well, which delayed some voters.

“The lines are a bit longer than we would like,” said Elections Director Jennifer Doran according
to WAGA-TV. “We are asking voters to be patient while we work to get everyone voted.”

Officials later said that the glitch was due to an update made to the machine systems that was made on Monday evening.

Spalding County Board of Election elections supervisor Marcia Ridley admitted that the update was abnormal.

“That is something that they don’t ever do. I’ve never seen them update anything the day before the election,” Ridley said to Politico.

Both of the counties used voting machines purchased from Dominion Voting Systems Corporation. The 2020 election was the first statewide contest using the new system purchased by Georgia for $100 million in 2019.

In order to give voters enough time to cast their ballot after the delays caused by the glitch, the voting deadline was extended to 11 p.m. by Superior Court Judge W. Fletcher Sams.

Georgia’s Secretary of State
said that the average wait time for most voters was about 3 minutes on election day, with some waiting for an hour only because of elderly voters needing assistance.

TheBlaze reached out to election officials in both counties but neither responded in time for publication.

The U.S. Senate race in Georgia was still undecided on Friday and headed towards a runoff election. The outcome of that election could decide whether the Senate stays in Republican control or switches to the Democrats.

Here’s some of the problems in Georgia on election day: