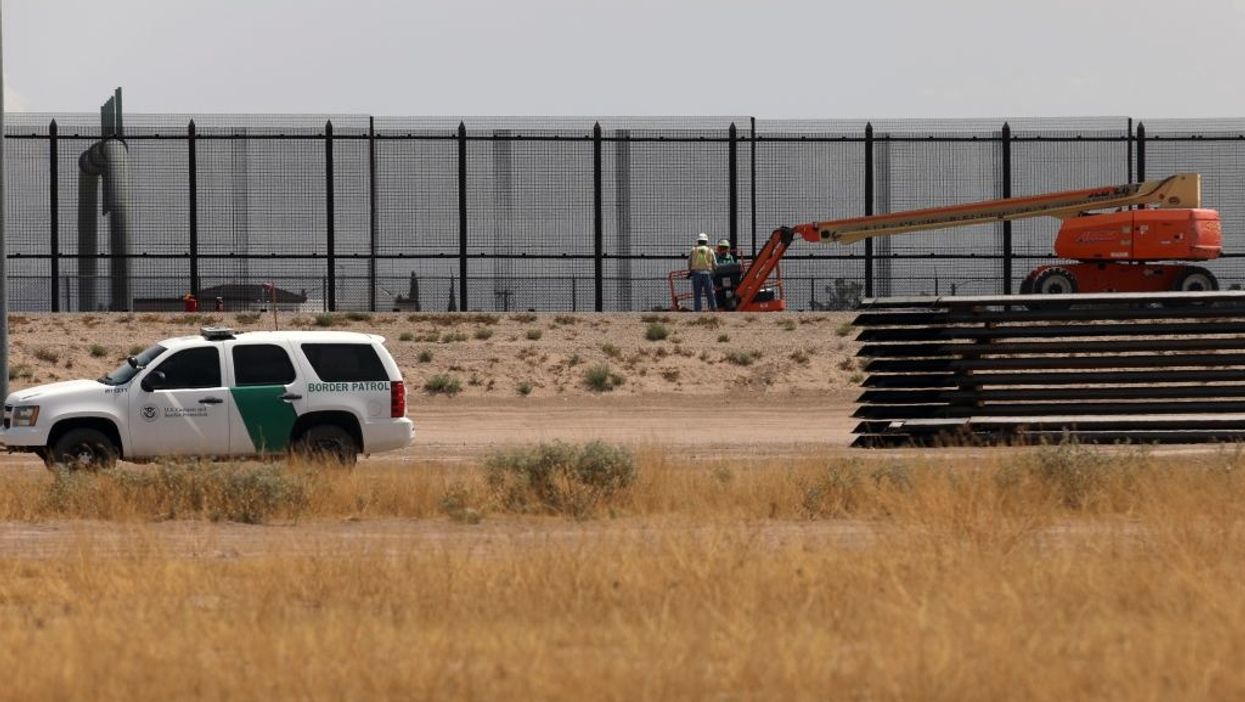 The honeymoon is over. The one ancillary benefit of the pandemic and the torrent of shocking news throughout this grueling year was that the border numbers dropped, and thanks to a restoration of order at the border, the surge in bogus asylum claims finally dropped. However, new data from Customs and Border Protection (CBP) shows a consistent surge in border apprehension numbers in recent months, now beginning to approach the crisis levels we saw in fiscal year 2019.

Yesterday, CBP released its full data set for FY 2020, which ended Sept. 30, showing a total of 458,088 apprehensions at the southwest border. That number is well in line with the annual totals of recent years and is obviously much lower than the crisis level of close to 1 million apprehensions in FY 2019. But the trajectory is concerning, especially given the ongoing slowdown of migration and travel in general because of the pandemic.

The number of total apprehensions for September, the final month of the fiscal year, was 57,674. That is the highest level since August 2019, when the crisis of family units from Central America was just starting to subside. It’s also more than a threefold increase since the low levels of April amid the global pandemic.

To be clear, this is not all bad news. Thanks to policy changes implemented in March because of public health interests under Title 42 U.S.C. 265, border agents now expel most single adults attempting to cross here rather than placing them into the cumbersome judicial process that often results in their release. So, while the number of apprehensions of single adults has exploded, 87% of them were turned back under Title 42. Thus, the burden that resulted from this surge is much less than in the past.

However, the numbers of those not turned back have gone up a little, and the apprehensions of unaccompanied minors and family units are back to pre-pandemic levels, which should concern us all. While the pandemic has definitely weakened since the spring, it’s still shocking that the number of international border-crossers is this high among continuing pandemic fear and staying home, both in the United States and other countries.

This means that if Joe Biden wins the election, there is already a growing wave ready to overwhelm our border under the assumption that all border-crossers will get to stay. Recently, the U.S. Department of Homeland Security published its first annual “Threat Assessment,” in which the agency acknowledged “an increase in illegal immigration flows to pre-pandemic levels.” Among the culprits potentially driving the impending surge, according to the DHS, is “perceptions of U.S. and Mexican immigration and enforcement policies and measures,” as well as “inter-governmental division and inconsistent messaging” that “continue to impede Congressionally mandated immigration enforcement policies.”

Let me translate that for you. The more people perceive that they can come here and live in sanctuary cities and enjoy the benefits of U.S. citizens in contravention to our laws, the more they will continue to come. And if Biden wins and we have sanctuary policies at the national level, the flood at our border will look like New Orleans during Hurricane Katrina. Although Trump did complete 360 miles of wall, there are still plenty of places for them to sneak in or downright “surrender” to a welcoming Biden administration.

After dominating the news in 2019, the border and illegal immigration have largely been ignored this year and during the presidential election. Not a single question about illegal immigration was asked during the presidential or vice presidential debates. However, that doesn’t mean the problem has disappeared. If Trump wins a second term, there is a lot of unfinished work at the border, but more importantly, on interior enforcement and sanctuary cities. And of course, if Biden wins, we will have a sanctuary nation.

So long as illegal aliens are incentivized to come and the enforcement laws duly passed by Congress continue to be ignored, this problem will not abate any time soon. Just one of the many casualties of our “inter-governmental division and inconsistent messaging,” even on the most foundational issues pertaining to our national sovereignty and security. 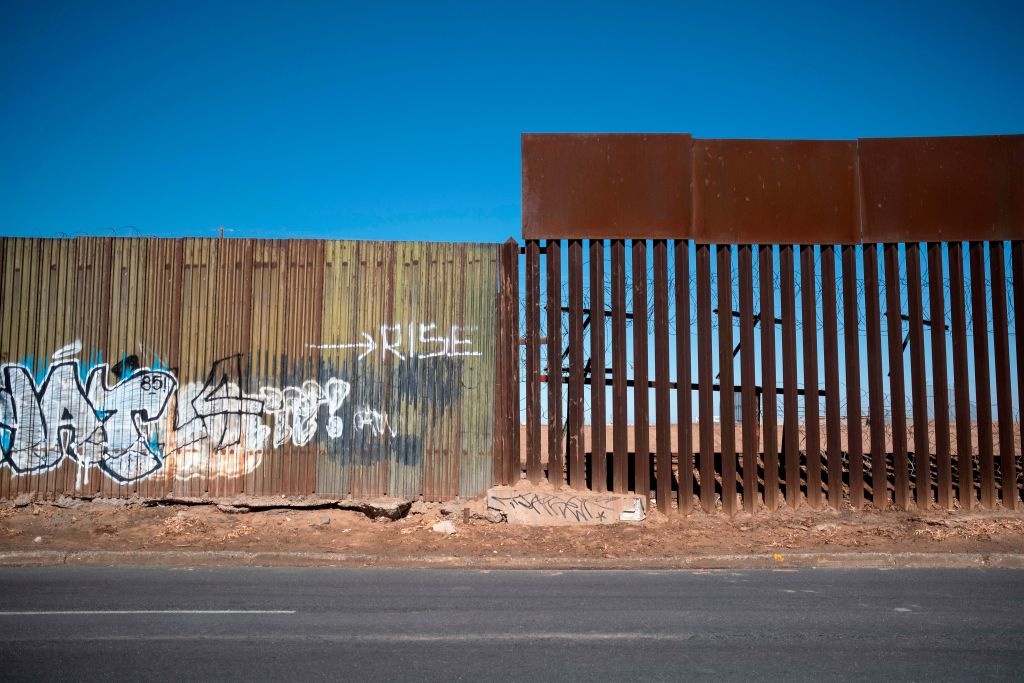 Mexican drug cartels are hiring American children — as young as 12 — to smuggle drugs and weapons across the U.S. southern border at an alarming rate.

In Arizona alone, the numbers are not only staggering, but growing.

U.S. Customs and Border Protection found that “in fiscal year 2018 there were 36 children arrested for narcotics at Arizona’s ports of entry. In fiscal year 2019, that number jumped to 57. So far in fiscal year 2020, which started in October, there’s been 17 arrests,” Fox News reported Wednesday.

“It’s a problem, we know it’s there. We’re trying to mitigate that issue through education and prevention,” said Alan Regalado, a Border Patrol agent in Tucson, Arizona.

“These teenagers are either smuggling in vehicles, they’re smuggling on their body and in their body, so it’s very dangerous,” he added.

In order to combat the problem, Regalado started T.E.A.M. Kids, or “Together Educating and Mentoring Kids,” a four-week program put on in schools to warn students about border recruiters. He told Fox News the program was first implemented in area high schools, but soon he realized that many of the students had already been recruited by that point and that education needed to begin earlier, even as early as elementary school.

Many of the kids caught running drugs and weapons are able to be charged as adults, since the crime of transporting drugs for sale is a class 2 felony.

In cooperation with T.E.A.M. Kids, Santa Cruz County Attorney George Silva explained that he tries to get the upper hand on cartels by warning students of the steep consequences for their actions.

“At this school I had promised the kids that if you are caught with dangerous drugs I’m sending you to prison and that’s what ended up happening to this 17 year old … this student was an honor roll student, you know he was a very good student, he wanted to go NAU and he wanted to study criminal justice, so he thought ‘I can’t afford to go to college so one way of being able to pay for my college is to run dope,'” Silva told Fox News.

“[Children] do it because they think it’s cool but they also do it because of the easy money … [but] the minimum sentence is 3.5 years and obviously prosecuting them as adults means that they would be convicted felons for the rest of their lives,” he added.

President Donald Trump has taken a hardline stance against the Mexican cartels. In a bold move in November, he announced that his administration would designate them as terrorist organizations, freeing the U.S. government to take decisive action against them.