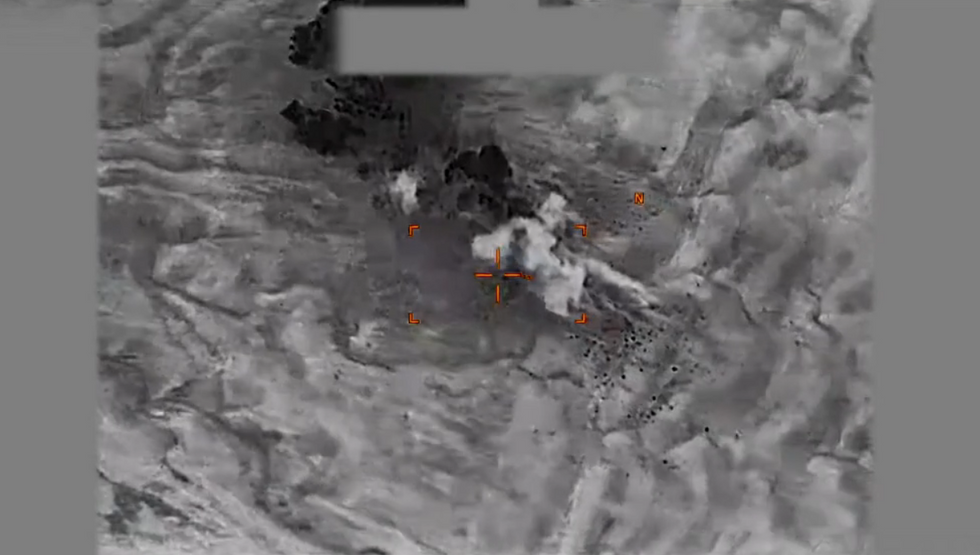 The Hamrin Mountains are known to be an ISIS “safe heaven,” according to the report. “Intricate tunnel and cave systems” in the mountains are regularly used by ISIS fighters to smuggle weapons, plot terror attacks, and move senior officials.

By spring 2019, the ISIS caliphate suffered complete territorial defeat as fighters were ousted from their last remaining land territory in Syria, but the terrorist organization continues to operate in covert.

“The presence of Daesh in Iraq continues to diminish, thanks to the efforts and sacrifices of our Iraqi partner forces,” Maj. Gen. Eric Hill, commanding general of the Special Operations Joint Task Force — Operation Inherent Resolve, said in a statement.

“Strikes like these help our Iraqi partners maintain relentless pressure on the Daesh scourge, no matter where these terrorists hide,” he added.

The report added that the airstrikes, which are estimated to have killed 5-10 ISIS fighters, were conducted in coordination with the Iraqi government. Iraqi security forces were able to recover ISIS documents, electronic devices, and various other equipment in a ground search of the targeted area post-strike.