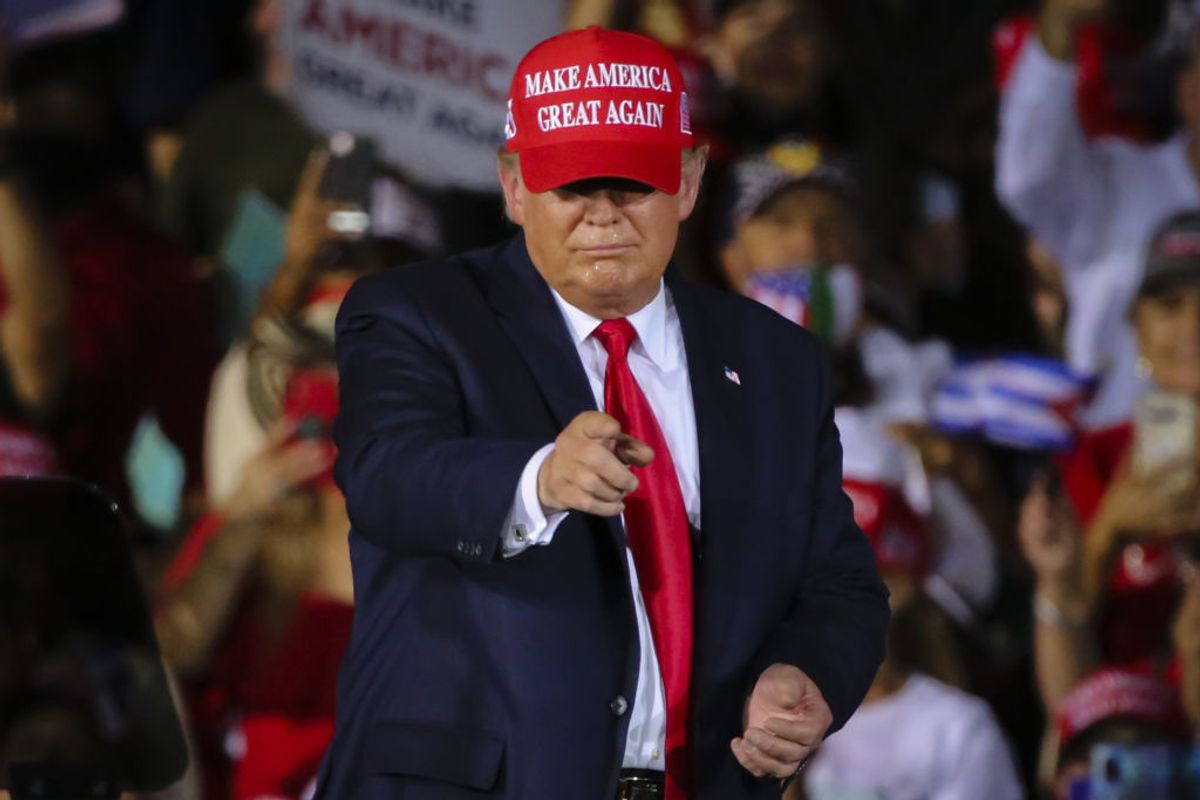 With largely only the Panhandle left to report — an area dominated by Republicans — Trump had a slight edge on Democratic challenger Joe Biden. It soon became apparent that Biden would not catch Trump in the race. As of 11 p.m. ET, the president held a lead of approximately 4 points.

As several news outlets called the race for Trump, the New York Times’ election predictor estimated that Trump would carry the state by several points.

Heading into Election Day, the president trailed Biden in the polls by 0.9%, according to the RealClearPolitics polling averages.

Throughout the day, the Trump campaign remained confident of their chances in the state, touting historic GOP turnout.

The key victory for Trump is just one of several he will need to secure a second term, as America still awaits the outcomes in Pennsylvania, Arizona, Ohio, and North Carolina. But if the trend line of Trump beating polling estimates continues at the rate it has in Florida, there may in fact be a “red wave” coming as Trump has promised.

In 2016, Trump beat former Secretary of State Hillary Clinton in the Sunshine State by 1.2%.