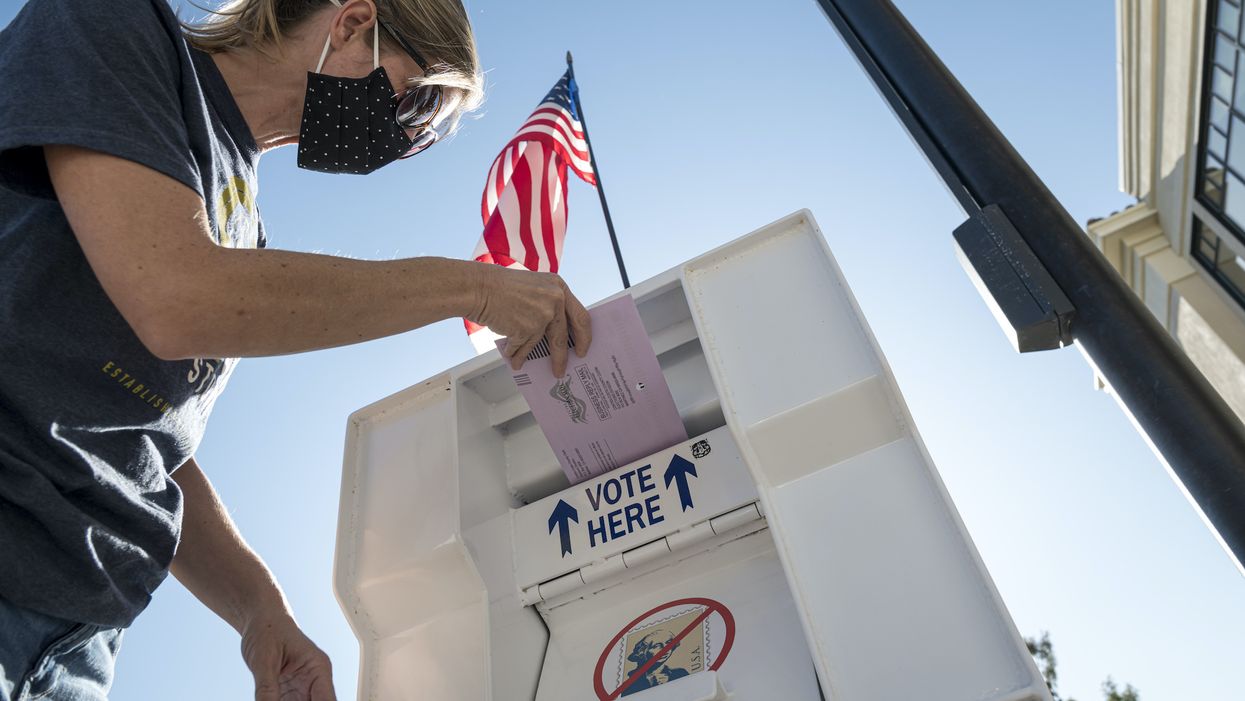 President Donald Trump tweeted on Wednesday a video showing election ballots being collected after an unnamed state had been called in the media. Just an hour later, local election officials responded.

You are looking at BALLOTS! Is this what our Country has come to? https://t.co/cI2ZTItqUi

“You are looking at BALLOTS! Is this what our Country has come to?” tweeted the president.

In the video a woman walks up to two men who are picking up ballots from drop boxes and placing them into duffel bags.

“I thought they collected them all? I just want to document,” says the woman on the video. The worker’s response is unintelligible.

“Wait, but how come they already called the state?” asks the woman.

“Because these are mail-in ballot,” responds one man.

“Are there a ton in there?” she asks. “Thank you guys. Are you guys official election guys?”

One shows her his identification badge and objects to her standing too close to them, ostensibly because of coronavirus guidelines.

“Where do you guys take them?” she asks.

“I just want to see because they called our state so quickly,” she adds.

The video quickly garnered millions of views and many of his supporters assumed that the video was showing evidence of voter fraud a week after election day.

But, according to reporter Bill Melugin of KTTV-TV, there is nothing “nefarious” going on in the video because it’s from Los Angeles and was recorded the day after the election.

“There is nothing nefarious about this. LA County locked and closed all the drop boxes at 8pm on election night and ballots were collected from the boxes the next day. We’re still counting. LA is very slow,” Melugin explained.

RE: videos clips of ballots being collected from #LACounty Official Vote by Mail Drop Boxes — Yes, they are ballot… https://t.co/tY1q59mJ9B

“Yes, they are ballots; valid, legally cast ballots collected and processed by authorized election officials in accordance with the California Elections Code,” they tweeted.

“The Drop Boxes are closed and locked at 8PM on Election Night and then collected the following day. These are valid ballots processed and counted during the post election canvass. Local certification in CA is on Nov 30,” they added in a second tweet.

At least in the presidential race, California was called early because of overwhelming evidence that Joe Biden would carry the state easily.