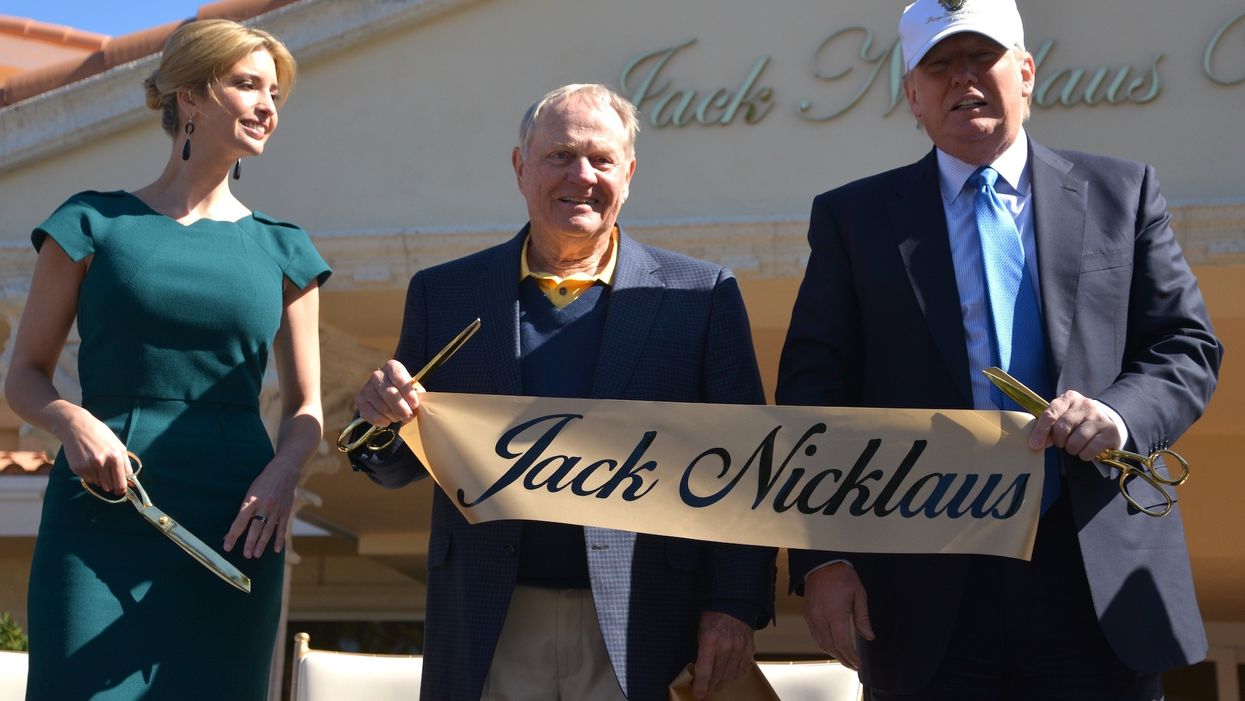 Nicklaus tweeted his endorsement in a
statement on Wednesday.

“Through the years, I have been blessed to personally know several Presidents on both sides of the aisle. All were good people. All loved their country. And all believed in the American Dream,” he said.

“I have had the privilege over the last 3 1/2 years to get to know our current President a little more as his term has progressed,” Nicklaus continued. “I have been very disappointed at what he’s had to put up with from many directions, but with that, I have seen a resolve and a determination to do the right thing for our country. He has delivered on his promises. He’s worked for the average person. In my opinion, he has been more diverse than any President I have seen and has tried to help people from all walks of life — equally.”

Nicklaus went on to say that he believed the president would deliver the American Dream to more Americans in a second term, and addressed criticism from those who dislike Trump’s tone.

“You might not like the way our President says or tweets some things — and trust me, I have told him that! — but I have learned to look past that and focus on what he’s tried to accomplish. This is not a personality contest; it’s about patriotism, policies, and the people they impact. His love for America and its citizens, and putting his country first, has come through loud and clear,” he continued. “How he has said it has not been important. What has been important are his actions. Now, you have the opportunity to take action.”

Nicklaus said that he voted for Trump and that anyone who was against socialism should vote for him as well.

“Jack, this is a Great Honor. Thank you!” responded Trump in a tweet.