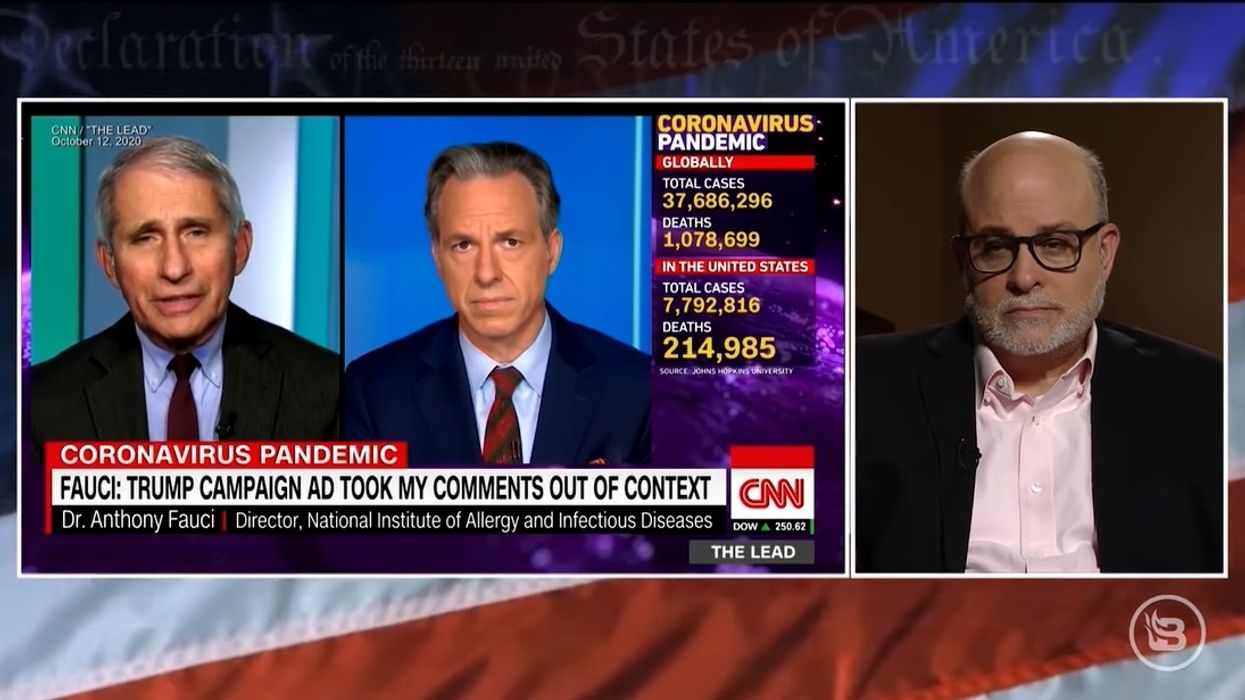 The Trump campaign recently released a new ad that includes a video clip of White House coronavirus adviser Dr. Anthony Fauci saying, “I can’t imagine that anybody could be doing more,” presumably in reference to the administration’s coordinated response to the COVID-19 pandemic. But on Monday, Fauci told CNN’s Jake Tapper that his quote had been taken out of context.

On a recent episode of “LevinTV,” BlazeTV host Mark Levin argued that Fauci’s words were not taken out of context, after all the video clip in question was cut from an interview with Levin himself, on “Life, Liberty, and Levin” in late March.

“It’s an accurate ad,” Levin said. “And it challenges that narrative by the media and the democrats that the president of the United States hasn’t been on top of this virus, that he was slow out of the gate, that he doesn’t listen to science, and so forth — you’ve all heard the propaganda.”

In the March interview, which you can watch here, Levin asked Fauci if he had ever “seen this big of a coordinated response by an administration to such a health threat.”

Fauci replied that “we’ve never had a threat like this,” and that the coordinated response had been “impressive.” He went on to say that he and other members of the [Trump-appointed] Coronavirus Task Force had been working “all hands on deck” virtually all day, every day at that point.

“So I can’t imagine, that under any circumstances, that anyone could be doing more,” Fauci added.

But when the Trump campaign added a video clip of Fauci uttering those exact words, Fauci quickly came out with a statement saying the sentence had been taken out of context, and that he had been talking about the White House Coronavirus Task Force and not praising President Trump.

“This isn’t news, it’s a hit job,” Levin said. “Let me ask you something. What’s the name of the administration? I think it’s called the Trump administration. Who appointed the task force? I think it was President Trump. Who runs the task force? I think President Trump’s vice president. Who [is consulted] before they make major decisions that affect our culture and our society? The president of the United States. This is ridiculous.”

Watch the video clip below for more from Mark Levin: 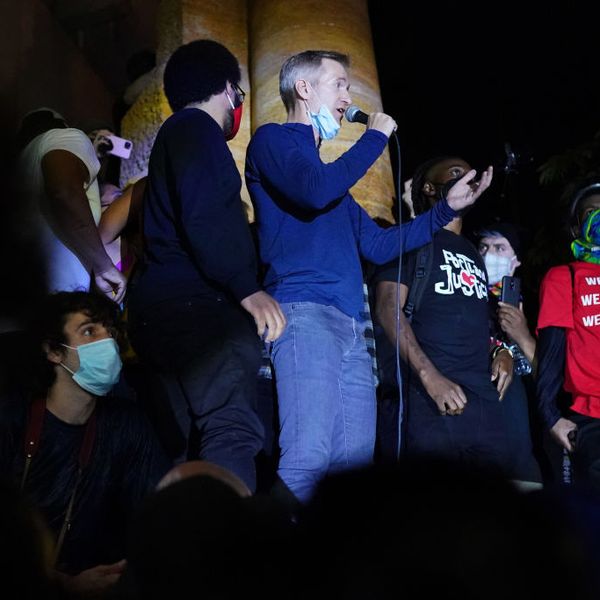 Portland Mayor (D) Ted Wheeler attempted to persuade rioters to stop destroying the city by warning vandals that they are a “prop for the reelection campaign” of President Donald Trump. The Democratic mayor also lashed out at insurgents who tried to burn down a police station in residential Portland, and accused them of “attempting to commit murder.”

Wheeler held a virtual press conference on Thursday to discuss this week’s bedlam in the city, which included protesters verbally abusing two elderly women and splashing paint on one of the women.

“Don’t think for a moment that you are if you are participating in this activity, you are not being a prop for the reelection campaign of Donald Trump — because you absolutely are,” Wheeler said. “You are creating the B-roll film that will be used in ads nationally to help Donald Trump during this campaign. If you don’t want to be part of that, then don’t show up.”

Last weekend, some protesters burned Bibles and American flags in Portland, which didn’t help the optics of the demonstrations in Oregon’s most-populated city.

Wheeler also addressed Wednesday night’s attack in the residential East Precinct, where rioters attempted to burn down the police station while there were over 20 law enforcement members and civilians were inside.

“When you commit arson with an accelerant in an attempt to burn down a building that is occupied by people who you have intentionally trapped inside, you are not demonstrating, you are attempting to commit murder,” Wheeler said.

“I believe that city staff could have died last night,” Wheeler said. “I cannot and I will not tolerate that. This is not peaceful protests. This is not advocacy to advance reforms.”

Portland Police said that a truck also attempted to run over officers on Wednesday night.

“We anticipate additional planned attacks on occupied public buildings over the next few days. If you are a nonviolent demonstrator and you don’t want to be part of intentional violence, please stay away from these areas,” Wheeler advised. “Our community must say that this violence is not Portland, that these actions do not reflect our values and these crimes are distracting from reform, not advancing.”

Wheeler attempted to talk directly with protesters and rioters on Portland’s streets in late July, but it wasn’t well-received. Some people in the crowd tossed objects at him, while others called for his resignation. The crowd became unruly and federal officers deployed tear gas into the masses, also hitting Wheeler.

Wheeler has opposed Trump, especially when the president sent federal officers to Portland to protect the federal courthouse in the city.

Wheeler admitted that the city has experienced “record gun violence” and “historic levels of violence.” One report, found that July was the deadliest one-month period for Portland in more than 30 years.

On Wednesday, Portland Police Chief Chuck Lovell lambasted rioters, noting that they have “taken away from” the Black Lives Matter movement.

“Portlanders need to send a strong message that enough is enough,” Lovell told reporters during a press conference. “This is not forwarding the goals that are going to lead to better outcomes for people of color. This movement is really powerful, but the violence has taken away from it. … This is not what Portland is about. This is not what we need in our city.”

Portland has experienced 70 nights of protests since the death of George Floyd, prompting Lovell to say that he’s “never seen a summer like this.” 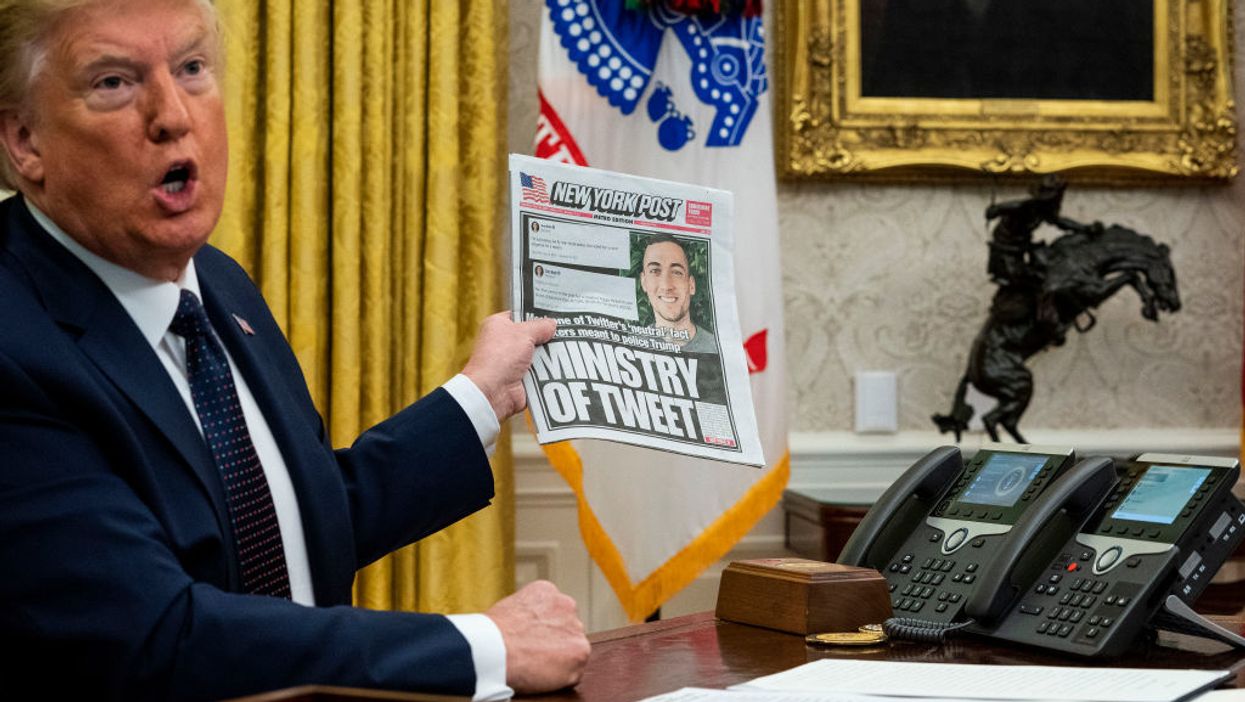 Twitter removed a Trump campaign ad on Saturday because the political advertisement used a Linkin Park song, and the alternative rock band objected to having their music used by President Donald Trump. Linkin Park filed a copyright complaint because Trump’s ad had their 2002 song “In the End” as the soundtrack of the video.

“Per our copyright policy, we respond to valid copyright complaints sent to us by copyright owner or their authorized representative,” a Twitter spokesperson told The Verge on Sunday.

“Linkin Park did not and does not endorse Trump, nor authorize his organization to use any of our music,” the official Twitter account for Linkin Park wrote on Saturday night. “A cease and desist has been issued.”

The political ad features images of President Trump and excerpts from his inauguration speech set to a cover song version of Linkin Park’s “In the End” performed by Tommee Profitt and featuring Fleurie and Jung Youth that was released this year.

On Friday night, White House deputy chief of staff for communications Dan Scavino shared the video on Twitter. President Trump retweeted the video on Saturday. The video has been replaced with a message that says: “This media has been disabled in response to a report by the copyright owner.”

Twitter received a Digital Millennium Copyright Act notice from Machine Shop Entertainment, the management company owned by Linkin Park. The July 18 filing was posted on the Lumen Database, a nonprofit transparency initiative that collects requests for the removal of online materials.

Linkin Park’s late lead singer, Chester Bennington, was staunchly against President Trump before his death on July 20, 2017. Months before Bennington’s death, he tweeted: “I repeat….. Trump is a greater threat to the USA than terrorism!! We have to take back our voices and stand for what we believe in.”

Several music artists have instructed the Trump campaign to stop using their songs during campaign events and rallies, including the Rolling Stones, Neil Young, Panic! at the Disco, Pharrell Williams, R.E.M., Aerosmith, Adele, the Village People, and Tom Petty’s family.

Last October, Twitter removed a video posted by Trump attacking Joe Biden’s son Hunter’s relationship with a Ukrainian gas executive. That video was deleted because it used the music and video for Nickelback’s song “Photograph.”

On June 30, Twitter deleted a meme that Trump posted because the New York Times filed a copyright complaint. The photo in the meme was taken by Pulitzer-Prize winning photographer Damon Winter for a 2015 feature on Trump.

On June 23, Twitter suppressed a Trump tweet that stated: “There will never be an ‘Autonomous Zone’ in Washington, D.C., as long as I’m your President. If they try they will be met with serious force!”

Trump’s tweet said: “…These THUGS are dishonoring the memory of George Floyd, and I won’t let this happen. Just spoke to Governor Tim Walz and told him that the Military is with him all the way. Any difficulty and we will assume control but, when the looting starts, the shooting starts. Thank you.”