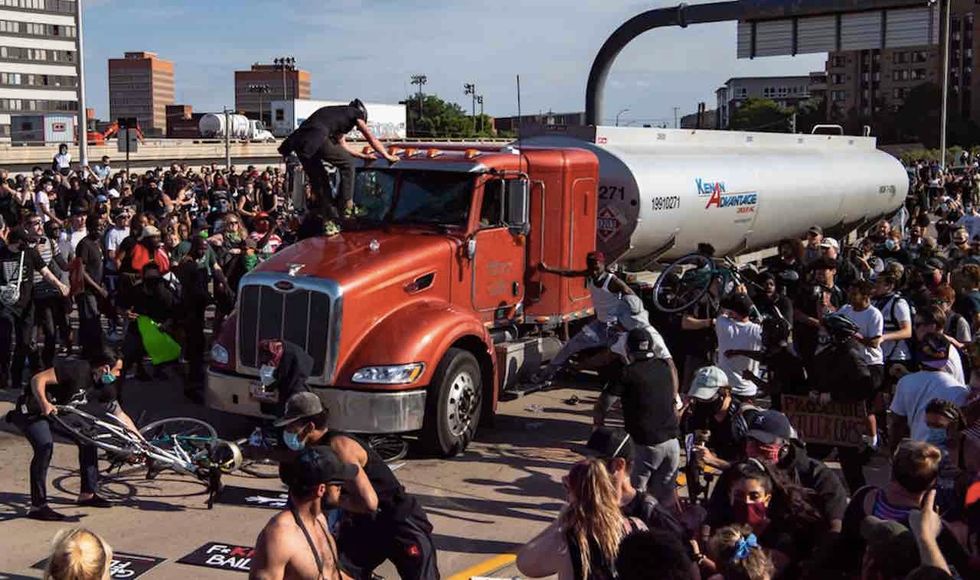 Truck driver Mark Staite saw the writing on the wall over the weekend.

An independent driver who offers tips and advice to young truckers, Staite told TheBlaze he’d read in online trucking groups about drivers getting stopped and looted amid protests and rioting over George Floyd’s death.

He said his mind immediately flashed back to the 1992 Los Angeles riots and trucker Reginald Denny getting beaten to within an inch of his life by rioters while news cameras rolled.:

So Staite said he hopped on Facebook and warned protesters who think they can get away with putting truckers’ lives at risk by trying to block their way or otherwise violate them.

“The American trucker will not be held hostage, threatened, robbed, or killed,” he wrote. “We will not be a victim. We will not be this generation’s version of Reginald Denny. Every driver knows that name. Do you?”

Staite added that truckers “will defend ourselves every time, up to and including, using our 80,000 lb trucks … to run you over. We don’t want to, but will if we have to, to save our own life.”

He also said “cities where looting, rioting, and stopping trucks is happening” are now “on notice.”

“Threaten, delay, attempt to stop a truck, [and] we… the American trucker will consider that act as an attack on our lives. We will defend ourselves, our equipment, and our load,” Staite wrote.

Food, medicine, hospital supplies, gasoline, and a million other daily items we deliver to your cities ARE A-POLITICAL. Everyone needs them, including your dumbass. We don’t ‘need’ to come to your lawless city. YOU NEED us to deliver your food and supplies to your city.

We drivers have social media, too. If your city becomes too chaotic and violent. Becomes too unsafe for us… Word will spread very quickly amongst the 3.5 million truckers. We will stop delivering to your city. Period. No driver will travel into a city that reminds us of scenes from a “Mad Max” movie.

Threaten an American truck driver while he’s working and it will take you, and your city, down a path where YOU WILL LOSE.”

He concluded by telling protesters to “keep your silly s**t off the U.S. Interstate and U.S. highway system. Congregating in the roadway will only get you run over. Having people standing and blocking the highway is a threat to our physical safety, and we will respond appropriately to your attack. Standing in the roadway is NOT a protest. It is an attack on our safety. Air horns will sound, steering wheels will be held tightly, but those brakes will not be touched. You will move, or you will die. 80,000 pounds at 70mph will win every time. STAY OUT OF THE ROADWAY.”

And then his sign off: “DON’T F*** WITH THE AMERICAN TRUCKER!”

Staite isn’t on the Internet much over the course of most days because he drives his rig sometimes 10 hours straight, so he didn’t know about the incident involving a FedEx truck driver who stepped on the gas and got away from protesters attacking and looting his rig but not realizing one of them died after becoming trapped between trailers, getting dragged, and then getting run over.

And hours after Staite posted his Facebook message, a trucker drove toward hundreds of protesters blocking Interstate 35 in Minneapolis and scattered them before he stopped and was dragged out and beaten by the angry mob. Turns out that trucker, Bogdan Vechirko, was delivering fuel for a black-owned business.

Soon Staite’s post was getting an awful lot of media attention — and as he explained to TheBlaze, what he wrote on Facebook doesn’t tell half the story.

For starters he emphasized that his Facebook message isn’t about encouraging truckers to hit protesters. He did say, however, that when truckers are confronted by human blockades or mobs climbing all over their rigs and kicking in their windshields, they should slow down to a crawl if they can but never stop moving.

He also said there’s a big difference between “peaceful protesters” and the “lawless, violent thugs and thieves who have nothing to do with real protest. We support the protest.”

Staite also emphasized that Floyd suffered a wrongful death, and that those responsible should be punished.

Staite also said truck drivers “aren’t trained” for protester reactions and how to handle things when roads or highways are blocked — and that they should be.

He also maintained that Vechirko — the trucker on the Minneapolis freeway — was going around a “blind curve” on an incline and likely never saw the protesters until the last second. Moreover, police said barricades were not yet up, and Vechirko was in the wrong place in the wrong time on what he likely assumed was an empty highway. He was released from jail Tuesday without charges as the investigation continues.

Staite added to TheBlaze that truck drivers have the “right to save” their own lives and exercise “self-defense” when confronted by protesters, particularly because it’s generally against trucking company policies to carry weapons.

What do they have left to defend themselves?

Their trucks, he said. 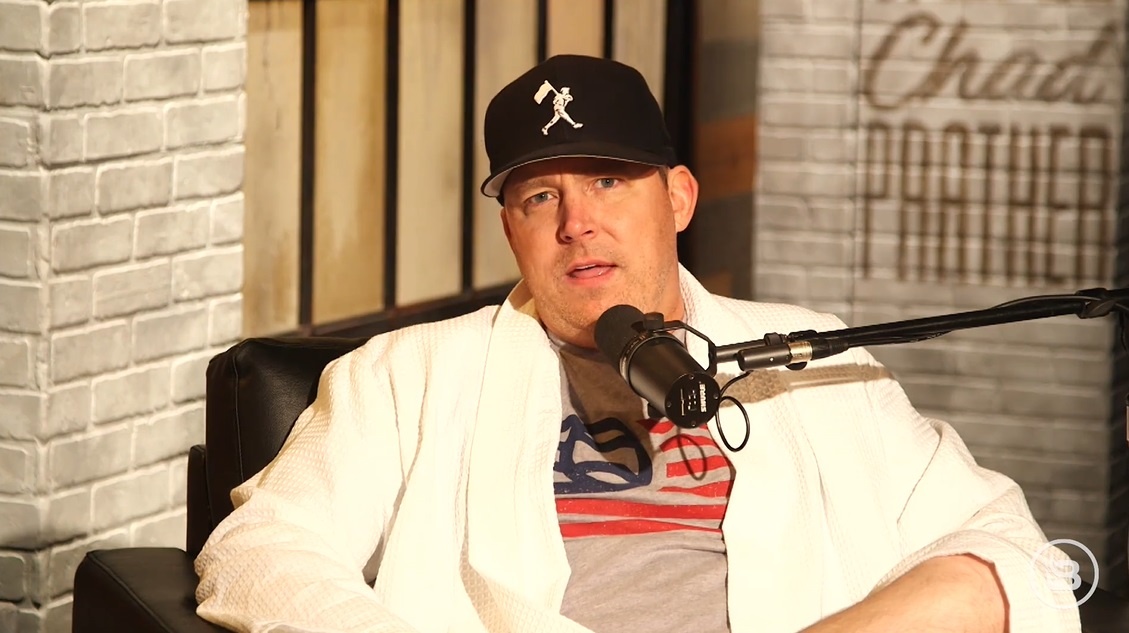 On “The Chad Prather Show” Wednesday, Chad and the crew wanted to thank all of the Americans who are braving the coronavirus-infested elements to provide the country with the necessities we need to shelter at home.

The truck drivers, medical workers, grocery store workers, and all those out there on the front lines of this pandemic — they are the real heroes (not the governmental puppets in Washington, D.C., who think $1,000 checks will cure America. And to you, we offer our most heartfelt thanks!

“Our truckers are the lifeblood flowing through the arteries of America, and you keep our heart beating — so here’s to you!” Chad said. “And we are thankful for all the American companies who are going the extra mile to stay open, deliver food, and provide parking, shelters, showers, bathrooms for our truckers.”

Watch the video below for more:

Use code CHAD to save $10 on one year of BlazeTV.

To enjoy more of Chad’s comedy, craziness and common sense, subscribe to BlazeTV — the largest multi-platform network of voices who love America, defend the Constitution and live the American dream.