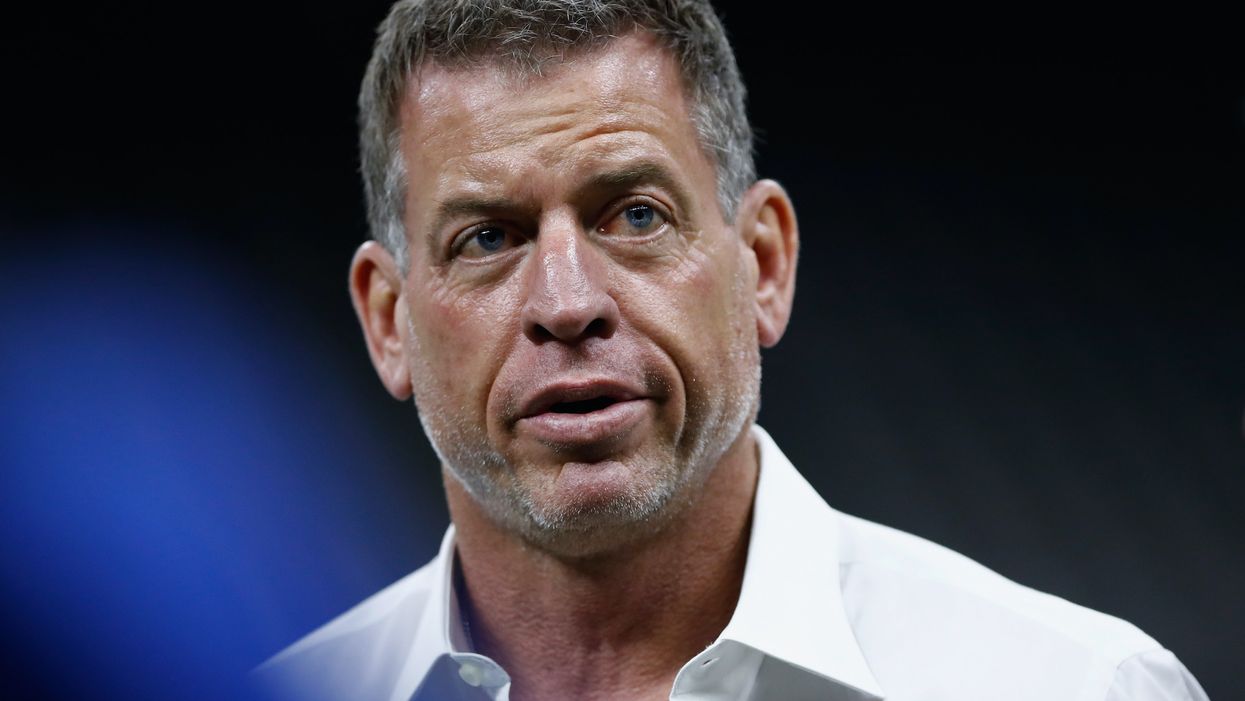 Iconic NFL star Troy Aikman addressed the public outrage over a hot mic moment caught on video where he appeared to disparage a military flyover before the start of an NFL game on Sunday.

Aikman tweeted that he had a great respect for the military but found the flyover odd given that so few were in the stadium to appreciate it because of coronavirus attendance restrictions.

I love a flyover but It was odd to see one over a mostly empty stadium but I am an unwavering patriot that loves th… https://t.co/pojKJXW81q

otherwise doesn’t know me, my beliefs or what I have stood for my entire life.??

“I love a flyover but It was odd to see one over a mostly empty stadium but I am an unwavering patriot that loves this country, has always respected our flag, supported the men and women in the armed forces as well as those in uniform who serve & protect and for anyone to suggest otherwise doesn’t know me, my beliefs or what I have stood for my entire life,” Aikman tweeted.

The controversial audio documented an interaction between Aikman and fellow game announcer Joe Buck before the match between the Tampa Bay Buccaneers and the Green Bay Packers.

“That’s a lot of jet fuel just to do a little flyover,” Aikman is heard saying on the recording.

“That’s your hard-earned money and your tax dollars at work!” responded Buck.

Many people on social media excoriated the pair for the comments they took to be disparaging of the military while others took it to mean that Aikman was expressing support for the Biden presidential campaign. Still others, who dislike all military flyovers at sports games, agreed with the sentiment in the video.

Buck has not commented on the controversy since the video was published.

The Buccaneers went on to defeat the Packers, who were previously undefeated, by a score of 38 to 10.

Here’s a news report about the flyover controversy:


Why Joe Buck and Troy Aikman are catching heat, Apple buys the rights to the Peanuts holiday movies