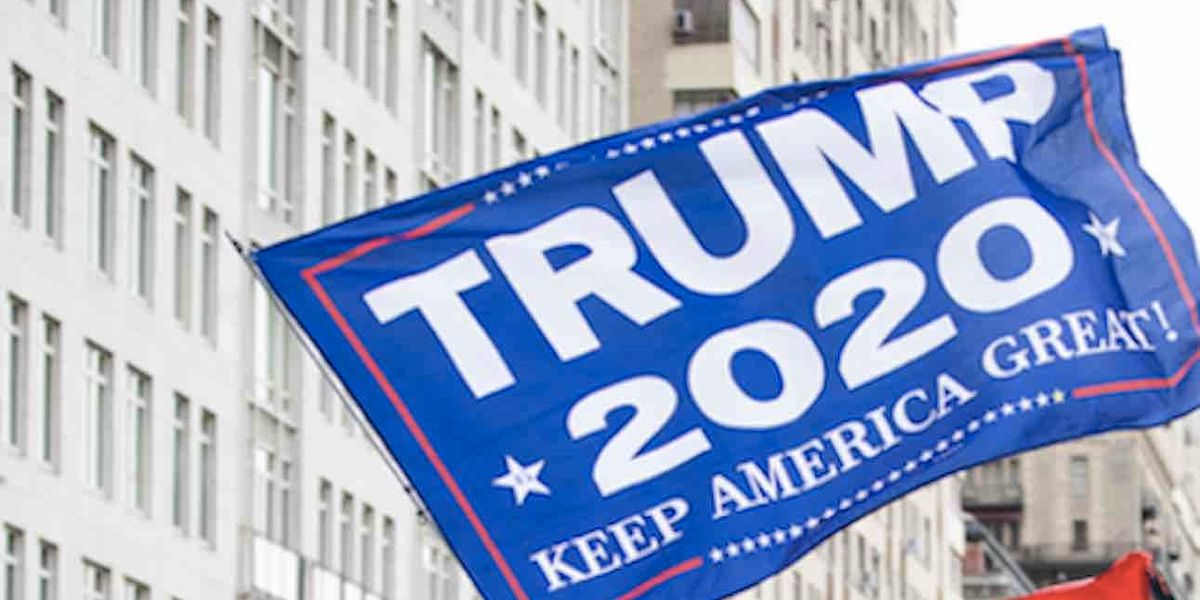 Leftists stealing and vandalizing all manner of campaign materials for President Donald Trump — signs, flags, hats, you name it — is a phenomenon that never seems to let up.

It is, after all, an emotional issue for them:

WATCH: Leftist students freak out, get arrested by campus cops — after yet another allegedly stolen MAGA hat… https://t.co/yHS0olPrVV

So when Trump heard that his campaign signs were being stolen in Lufkin, Texas, and that an “anonymous tree climber” replaced them by putting 30 Trump 2020 flags in spots where only ultra-devoted leftists would venture to rip them off, the president was appreciative.

In Lufkin, Texas — someone was stealing Trump signs, so an anonymous tree climber put up 30 of them throughout the… https://t.co/RnSUc2J7jQ

U.S. Rep. Louie Gohmert (R-Texas) tweeted that he “took this picture in Lufkin & sent it to [White House Chief of Staff] Mark Meadows this morning. Pure East Texas can do ingenuity! Now the world has seen it. Gotta love it.”

I took this picture in Lufkin & sent it to Mark Meadows this morning. Pure East Texas can do ingenuity! Now the wor… https://t.co/Z4ZG5kw0V4

Who’s behind the Trump flags atop trees?

“The Flag Ninja of Angelina County strikes again!!” one Facebook user wrote. “It’s not every day that I get a call that says ‘Trump and his posse complete with secret service and limo will be at this secret location to hoist an American Flag and spread some patriotic pride… you in?’ I. AM. IN!!!!! What a fun way to start my week!”

Additional photos in the above Facebook post indeed show a tree climber dressed in a Trump costume and carrying a Trump campaign flag with pole — and using ropes and harnesses to hoist himself atop a tree.

How are folks reacting?

While Trump’s tweet attracted its share of nasty reactions, many commenters were happy about the turn of events:

And, of course, there was the familiar Lone Star State battle cry: 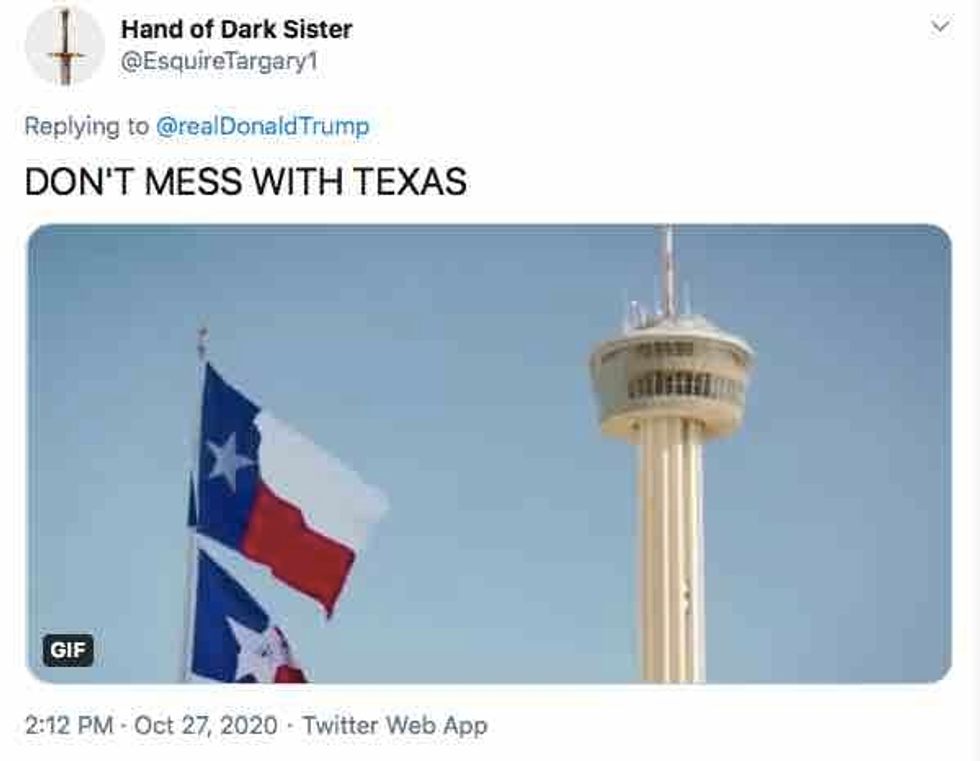