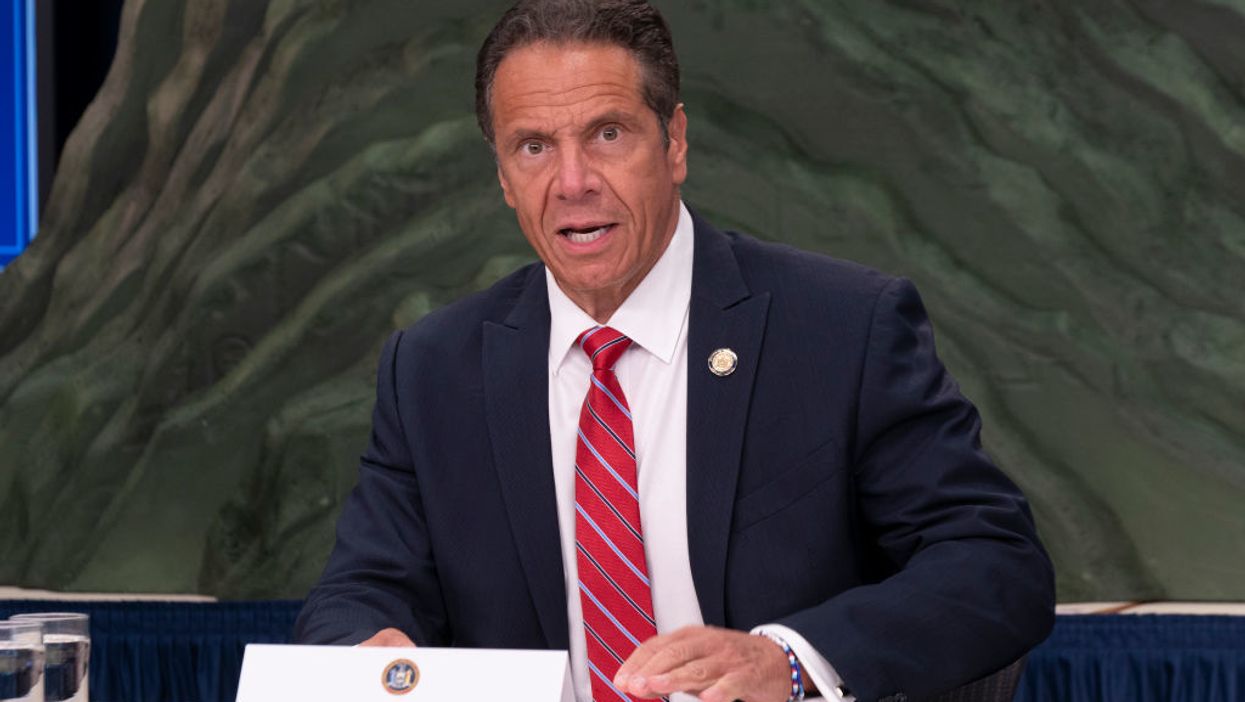 On Monday, the governor issued an executive order requiring travelers from designated states to fill out a contact information form from the N.Y. Department of Health (see it here courtesy of WKBW-TV) upon arrival. Anyone coming into the state whether by plane, train, or car is required to complete the form either in paper copy or online.

The big news: Now, the governor is ensuring compliance by stationing “enforcement teams” at airports across the state.

The enforcement teams, which will “meet arriving aircrafts at gates and greet disembarking passengers to request proof of completion” of the form, will be comprised of peace officers as well as Port Authority and State Police officers, according to the announcement posted on the state website.

Travelers who leave the airport without completing the form are subject to a hefty $2,000 fine and could potentially be brought in for a hearing and ordered to complete a mandatory quarantine. Even more, those who are found in violation of the quarantine order could be fined up to $10,000.

“New York’s success in fighting the COVID-19 virus is under two threats: lack of compliance and the virus coming to New York from other states with increasing infection rates,” Gov. Cuomo said in a statement.

“The State Department of Health is going to issue an emergency health order today mandating that out-of-state travelers complete the DOH traveler form before leaving the airport, and we are launching an enforcement operation at airports across the state to help ensure travelers coming into New York are following this order,” he added.

According to the order, the designated states are those experiencing a “a positive test rate higher than 10 per 100,000 residents over a 7-day rolling average.” As of Wednesday, that list included 22 states.

Since the launch of the travel order, many have wondered how state officials would go about enforcement. Some residents speculated to WKBW-TV that officials might use cameras at toll booths to track out-of state license plates. But a spokesperson for the state’s thruway authority called that assertion “completely false.”

TheBlaze reached out to the governor’s press office asking whether the state planned to ensure compliance with the quarantine order by any other means, including mobile phone tracking or follow-up visits with travelers, but the office did not respond in time for publication.

As of yet, there is no information online or otherwise indicating that the state will use means in addition to the enforcement teams.

The move has received pushback from Republican lawmakers in the state, including Senate Minority Leader Rob Ortt, who criticized it as an abuse of power.

“This overreach of power violates the civil liberties of New Yorkers and citizens across this country, who do not need the government to threaten fines and quarantines in order to travel responsibly,” Ortt said. “This is putting an unwelcome mat at New York’s door.”