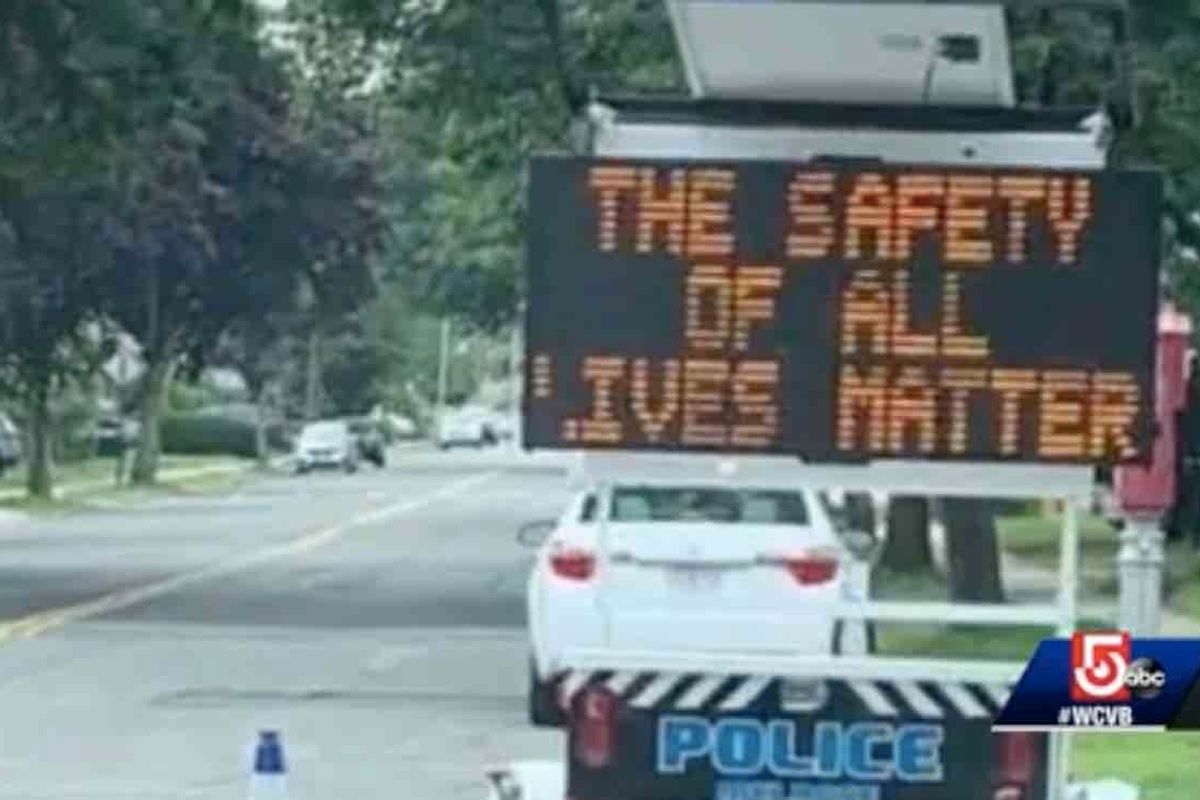 The mayor and police chief of a Massachusetts city are apologizing to residents for a phrase seen on an electronic traffic sign.

What was on it, you ask? Profanity? Sexual innuendo? Anti-Semitism?

Nope. The offending message read, “The Safety of All Lives Matter,” WCVB-TV reported.

Melrose Police Chief Michael Lyle told the station a traffic officer was ordered to change the sign’s wording from a reminder that fireworks are illegal to a more general traffic safety message.

A Melrose resident parked near the sign told a WCVB photographer that the new message read, “The speed limit is 25 mph. Please drive safely. The safety of all lives matter.”

Lyle said Melrose Mayor Paul Brodeur told him about the “unfortunate and improper wording” on the traffic sign, the station said.

“I am aware that the phrase ‘all lives matter’ is commonly used as a misguided counter to the Black Lives Matter movement,” Lyle told the station. “The sign was immediately changed and, at the request of the mayor, I launched an investigation, which is ongoing.”

The chief added to WCVB that the traffic officer who posted the message said he didn’t do so with “malicious or political intent” and didn’t realize the totality or impact of what he wrote. Lyle added to the station that the findings of the investigation will be made public.

Lyle also told WCVB he’ll address the matter with all of his officers and, effective immediately, will require all messages on roadways and electronic signs to be approved by his office before going live.

“On behalf of the Melrose Police Department, I sincerely apologize to our residents and anyone who drove past the sign today,” the chief noted to the station in a statement.

Melrose Mayor Paul Brodeur shared a photo of the traffic sign on his Facebook page Wednesday, WCVB said, adding that Brodeur wrote in his post: “I have ordered that it be taken down immediately and am taking steps to find out how this happened. I apologize to the residents of Melrose.” 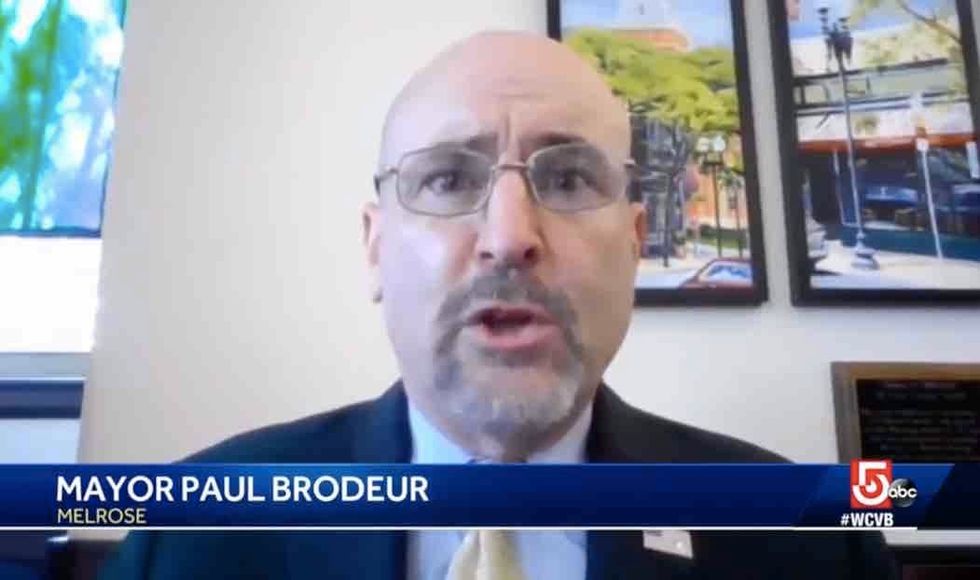 The traffic sign is still up in the area of 236 Main St. but no longer displays the message, the station said.

“The phrase ‘All Lives Matter’ is a trigger,” Brodeur told WCVB. “It does not lead to an atmosphere where we can make progress, [where] we can have uncomfortable conversations and try to move it forward.”

The resident who disclosed the full wording of the sign said the “all lives matter” wording had been up for a couple of days, the station reported.

“I would prefer that it said anything else but ‘All Lives Matter’ for right now with everything that’s going on,” the resident added to WCVB. “I don’t think that it was, probably, appropriate to have in our city.”