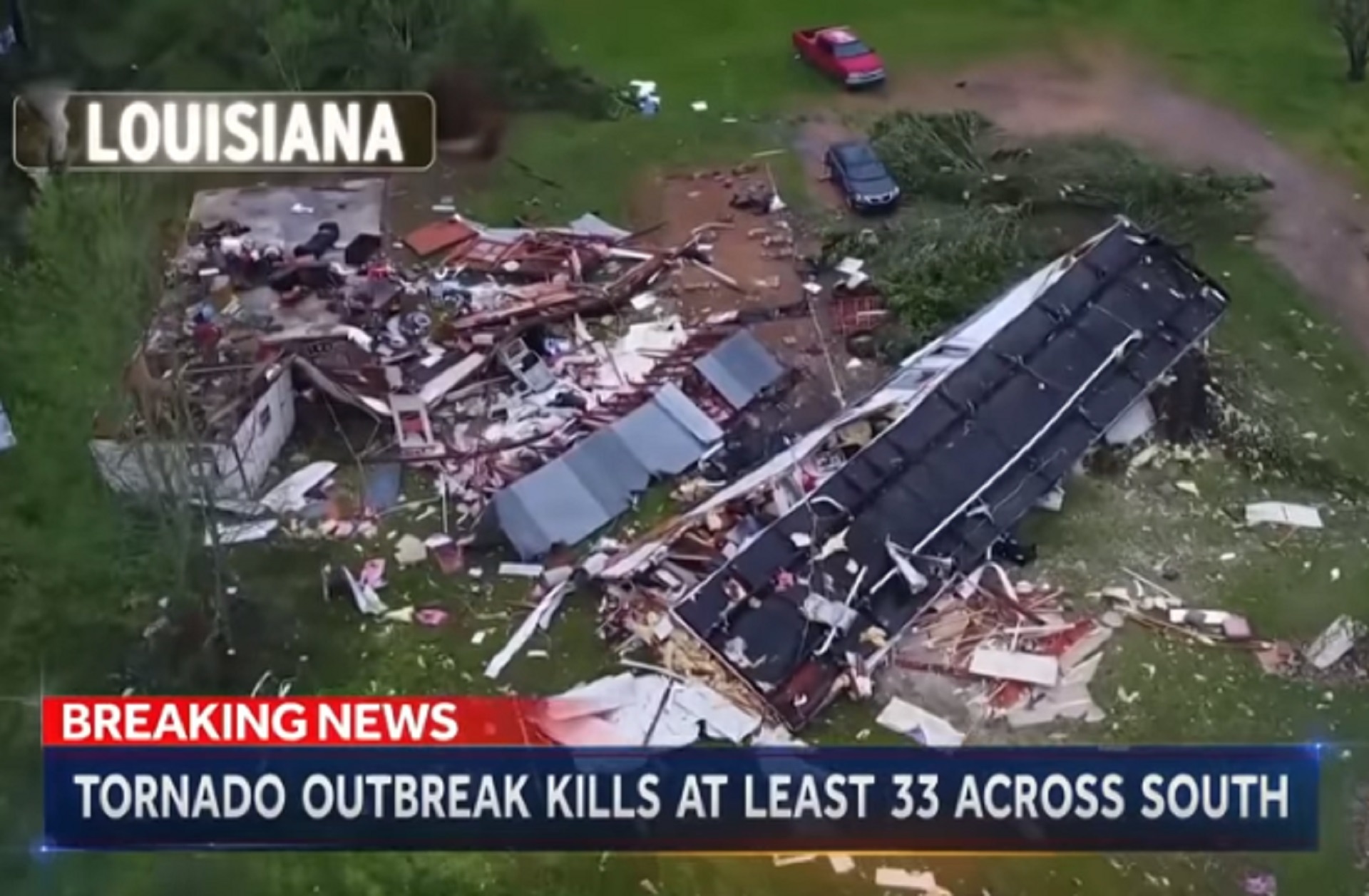 NBC News reported that a wave of severe weather including deadly tornadoes swept across parts of Texas, Louisiana, Arkansas, Mississippi, Tennessee, Alabama, Georgia, and the Carolinas, leaving at least 33 dead in its wake and more than 1 million people without power. There were 41 tornadoes reported in the South over a 24-hour period starting Sunday.

According to Fox News, “over 1 million homes and businesses” were destroyed by the storms, forcing some people into shelters despite social distancing guidelines aimed at stopping the spread of COVID-19.

The Daily Mail noted that “officials in Alabama and Mississippi lifted lockdown orders to open shelters but warned residents to wear masks and gloves and to practice social distancing.”

The Alabama Department of Public Health sent out a joint release with the National Weather Service’s Birmingham division last month, acknowledging to the public that “the decision to seek shelter in a community storm shelter is certainly made more difficult by the consideration for COVID-19.”

“Your first priority should be to protect yourself from a potential tornado,” the memo read. “If a warning is issued for your area, you are more likely to be affected by the tornado than the virus.”