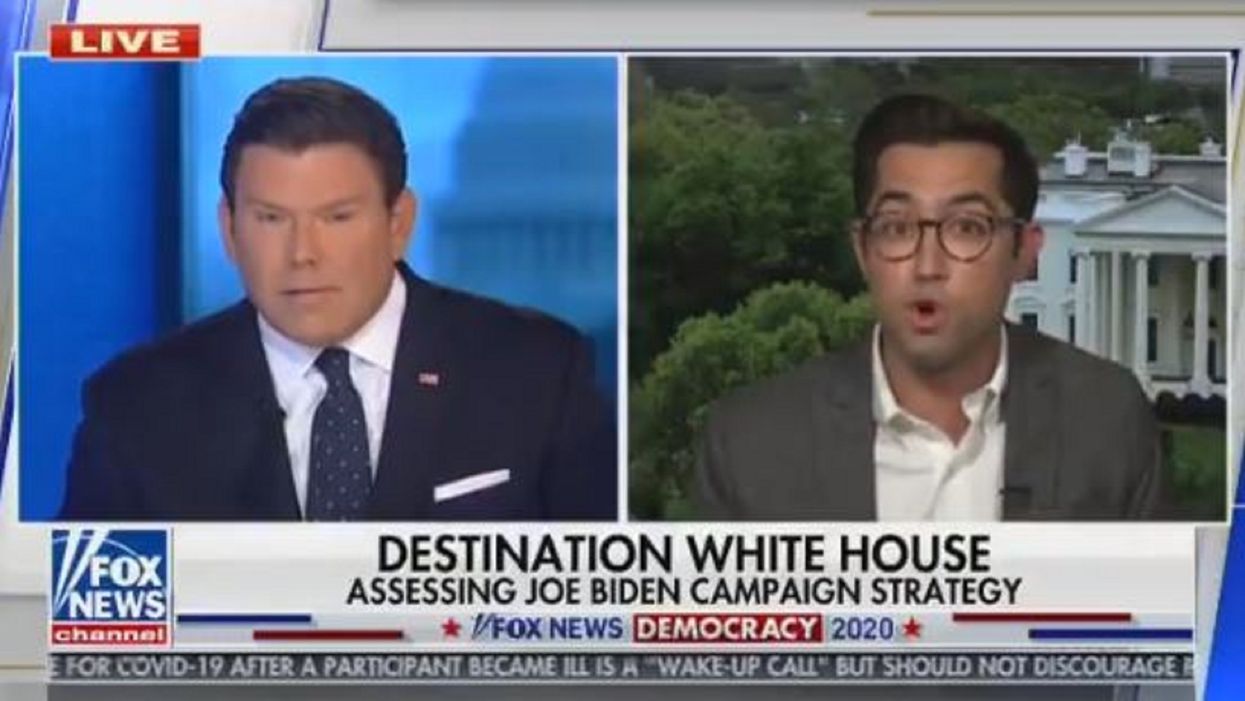 The National Press Secretary for the campaign of Democratic presidential nominee Joe Biden flipped his lid on Thursday when he was asked whether his boss ever used a teleprompter during interviews with reporters.

Despite being asked several times, the spokesman never answered the question.

Ducklo insisted, “What it does, Bret, is it’s trying to distract the American people.”

“They’re using it. They talk about it every day,” Baier said, pressing, “Can you say yes or no?”

The two engaged in a back-and-forth with Baier asking Ducklo multiple times to answer the question, before the anchor signed off with his guest.

Caleb Hull, senior editor at the Independent Journal Review noted, “TJ Ducklo refused to answer and instead had a meltdown. Disaster of an interview for the Biden campaign.”

Other reporters chimed in, too. The Hill’s Joe Concha tweeted, “Biden spox asked by Bret Baier if Biden uses a teleprompter in interviews. Spokesman accuses Baier — one of the most respected journalists in the business — of pushing Trump talking points while refusing to answer yes or no. Attacking the messenger means you’ve lost the argument.”

But the teleprompter question was not the only contentious part of the Baier’s interview with Ducklo.

Newsbusters editor Curtis Houck shared a clip from earlier in the interview when Biden’s spokesman lost his cool and failed to answer the Fox News host’s question about what the Democrat would have done differently than President Donald Trump in handling COVID-19.

Instead of answering, Ducklo insisted Biden was not against Trump’s travel ban.

“Let me just clarify,” Baier said. “You’re saying Joe Biden was for closing down travel from China when the president did it?”

The Biden for President spokesman then attacked Fox News, saying, “I know you all like to cite the travel ban.”

“No, no, no, the president does,” Baier responded, explaining, “That’s why I’m bringing it up. Obviously it’s going to be in the debate.”

Ducklo also refused to answer that question directly but offered to send Baier “fact checks” saying “this has been fact-checked into oblivion.”

Video: Here’s just a sample of the back-and-forth between Fox News Channel’s @BretBaier and TJ Ducklo from the Bide… https://t.co/EzrJXGeULw

Josh Holmes, the former chief of staff and campaign manager for Senate Majority Leader Mitch McConnell wrote on Twitter after the interview, “TJ Ducklo is likely not going on television again. Yikes.”