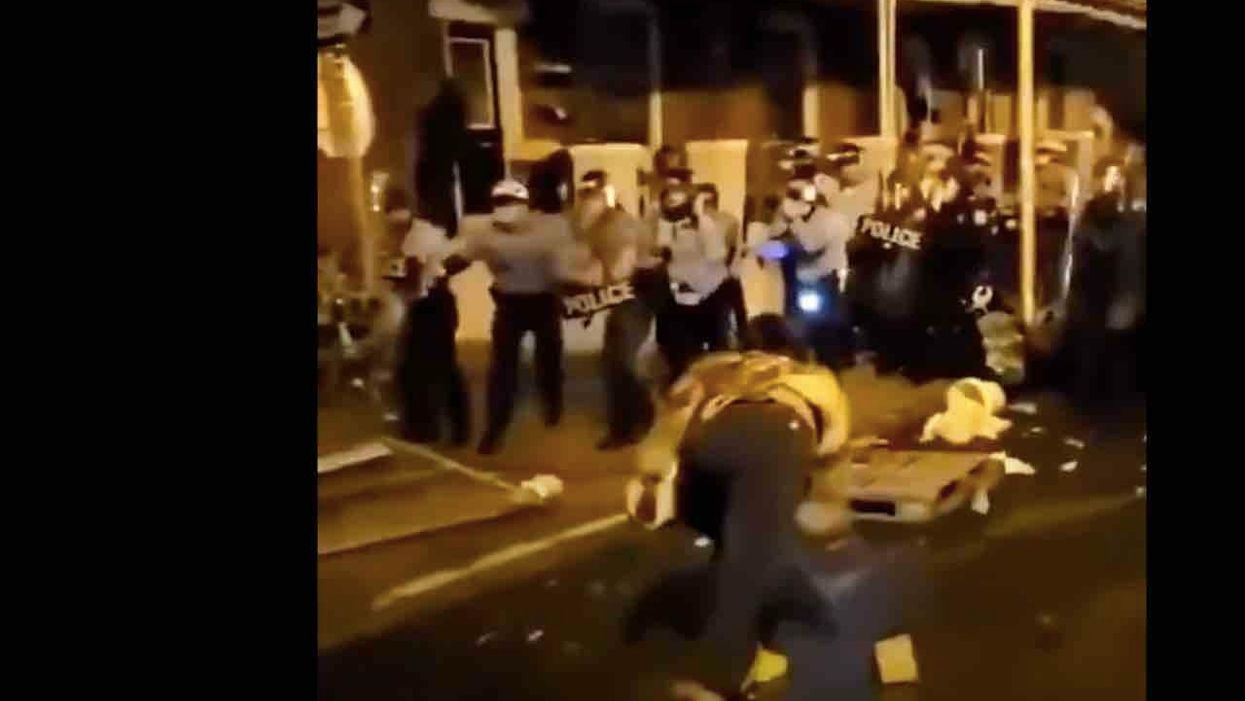 In the middle of week marked by rioting, looting, and violence, Philadelphia City Council on Thursday passed a ban on police using non-lethal munitions such as tear gas, pepper spray, and rubber bullets on protesters and demonstrators.

The legislation is in reaction to incidents between officers and protesters following the death of George Floyd earlier this year,
WPVI-TV reported, and was approved by the council’s public safety committee last week.

Of course, the rioting that’s gripped the city this week stems from
police fatally shooting Walter Wallace Jr., a black man who approached officers while reportedly armed with a knife.


Philadelphia Police Are Outnumbered By Hundreds Of Rioters.

At the Philadelphia BLM riot, a cop got hit or run over by a speeding vehicle. https://t.co/S12XuEoNAi

“The ban passes at a time of demonstrations and unrest after the police shooting of Walter Wallace Jr., and days before an election where demonstrations are expected regardless of the result,” council said in a press release, WPVI noted.

Councilmember Helen Gym said such a ban would help reestablish trust between the public and law enforcement, the station said: “Residential neighborhoods are not war zones. Demonstrators are not enemy combatants.”

Police run away and retreat from a mob of BLM rioters in Philadelphia. https://t.co/mcRONzebDl

“This is a first step in working with our communities to build a new model for public safety that is driven by their needs and their vision for the future,” Gym also stated in the release, WPVI noted.

City Council said Philadelphia would be the largest American city to enact such a ban. The station said it’s awaiting word from Mayor Jim Kenney’s office to see if he’ll sign the bill.

Roosevelt Poplar, vice president of the Fraternal Order of Police, told WPVI the whole point of “less than lethal” force for crowd control is to keep the public as safe as possible during potentially dangerous situations.

“So, basically, you’re taking away non-lethal munitions, and you’re leaving them with only one tool, and that’s a deadly weapon tool, which is a gun,” Poplar added to the station.

One of the first questions following Wallace’s fatal shooting is why the involved officers didn’t use tasers — and Philadelphia Police Commissioner Danielle Outlaw said
the two officers who shot Wallace weren’t carrying tasers — and many other officers don’t carry them, either.

Complicating issues between cops on the ground and their superiors was a tweet from WTXF-TV reporter Steve Keeley that officers were “extremely frustrated” after Deputy Police Commissioner Melvin Singleton allegedly
ordered both patrol and commanding officers to “not arrest looters just disperse them.”

“By the order of CAR-2, Philadelphia Police will respond to ‘priority’ calls only,” the alleged directive from the department obtained by Keeley said. “This means no calls for disturbance, missing person, stolen vehicle, burglary or theft will be answered.”

Keeley added that some officers believe the order “leaves no deterrent to stop looting.” 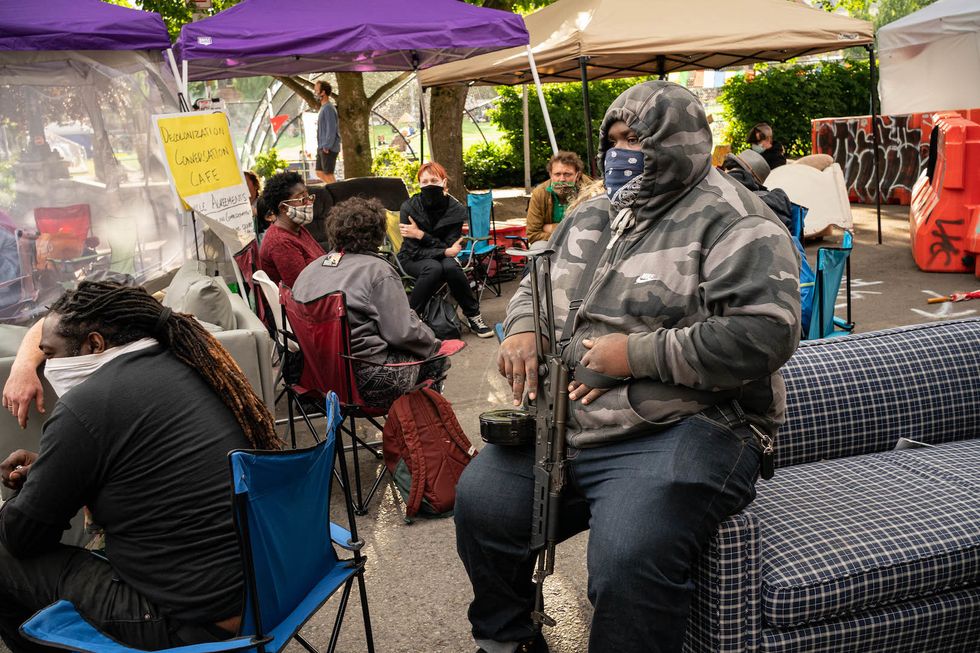 The Seattle City Council voted Monday night to ban the police use of chokeholds, tear gas, and pepper spray as the city deals with continued protests, including a six-block are of the city that has been taken over by protesters demanding the abolition of the city’s police department, KING-TV reported.

The legislation bans the crowd control methods as unlawful uses of force that open the city up to legal liability in the event those methods are used.

“It has been historically known through the evidence and other research that the use of CS gas, otherwise known as tear gas, can often be a less lethal way of dispersing a crowd without having to go hands on, without using our riot batons,” Seattle Police Chief Carmen Best said. “So it has been determined to be less dangerous to do that. That said, it has been very clear to us that people are not wanting us to use the CS.”

Some residents complained during the meeting that tear gas used to disperse protests last week forced them to leave their homes, even though they were not participating in the protests.

Demonstrations sparked by the killing of George Floyd by a former Minneapolis Police Department officer resulted in conflicts between police and protesters. Protesters reportedly threw objects, including “incendiary devices,” at officers, and police used tear gas to break up the protests on June 8.

Now, the same neighborhood where tear gas was used has been occupied by protesters who created the Capitol Hill Autonomous Zone (now referred to as the Capitol Hill Organized Protest). The zone includes six blocks surrounding Seattle police’s east precinct, which the department abandoned. Protesters want the police department abolished and have demanded a series of reforms related to racial equity.

With Seattle Mayor Jenny Durkan apparently content to allow the ongoing protest to continue, it’s unclear how or when the city will regain control of the area and the police precinct and city property.

“Seattle is fine. Don’t be so afraid of democracy,” Durkan wrote on Twitter in response to criticism from President Donald Trump.