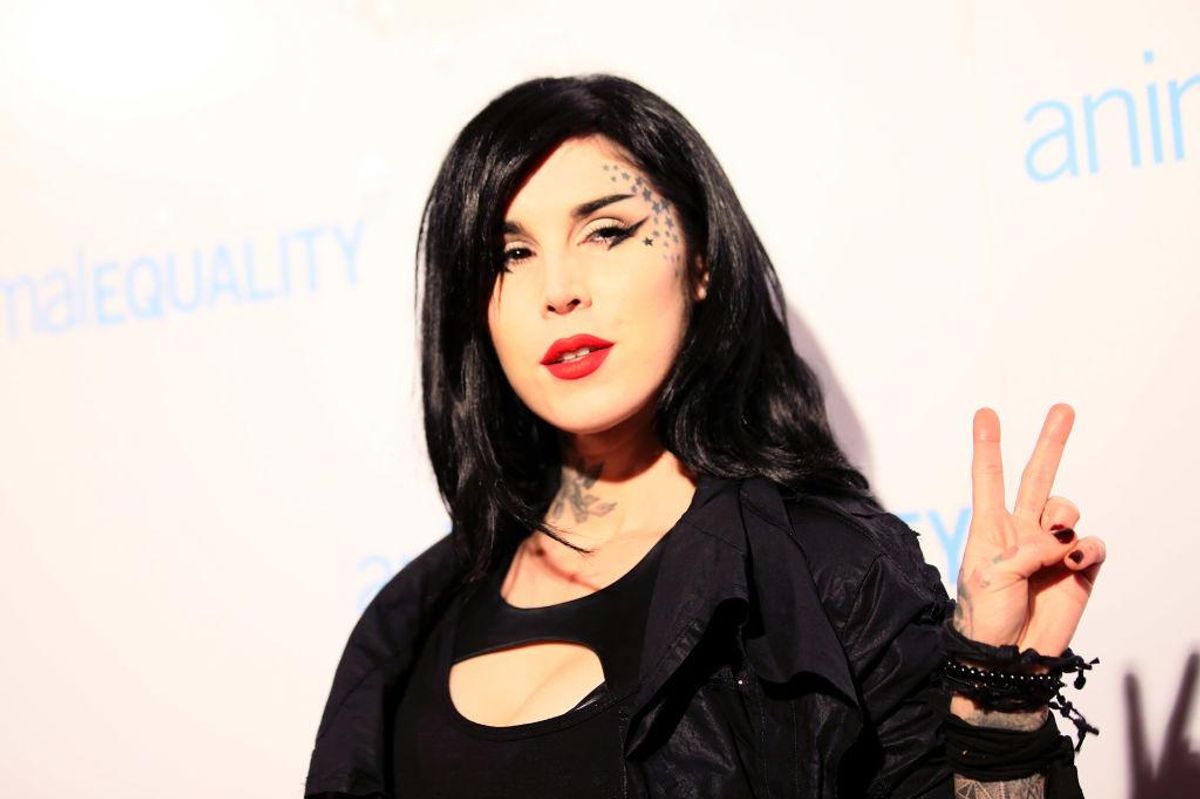 Kat Von D, famed entrepreneur, tattoo artist, and star of the hit show “LA Ink,” recently announced on social media that she is ditching the Golden State and relocating to Indiana due to “tyrannical government overreach.”

The 38-year-old mother of one, whose full name is Katherine Von Drachenberg, made the move official on Saturday when she posted a picture outside her new home on Instagram, with the caption, “Vevay, Indiana here we come!”

Just two days before, she explained in a Facebook post that she doesn’t have plans to sell her Los Angeles home or business yet, but said that government overreach in California drove her to seek a small town where she can one day retire.

“With all that has been taking place in California, with terrible policies, tyrannical government overreach, ridiculous taxing, amongst so many more corruption, we just felt the need to plant roots in a small town where there is nature, where my son can be free to play, and where we can eventually retire one day,” she wrote.

“So, no, I’m not closing my shop in LA. We aren’t selling our home. But [we] will eventually be spending more time in beautiful Indiana once I finish doing some remodeling on our new historic house,” she continued.

According to the Daily Mail, Von D plans to open “a little tattoo shop” in the small Indiana town.

California politicians, including Democratic Gov. Gavin Newsom and Democratic Los Angeles Mayor Eric Garcetti, have come under fire this year over their implementation of stringent coronavirus lockdown orders — and, in some cases, their subsequent refusal to follow the guidelines themselves.

The orders have in many cases been unfairly applied and have disproportionately affected bars, restaurants, and small retail shops such as salons and tattoo parlors.

A petition to recall Newsom is picking up steam as the Democratic governor faces intense backlash over the restrictions and an emerging unemployment scam in the state.

While Von D became famous as a tattoo artist on “LA Ink,” she also has significant business and entrepreneurial credits under her belt, having started a popular makeup line for Sephora, as well as a clothing line. She has also been instrumental in organizing a number of prominent music festivals.