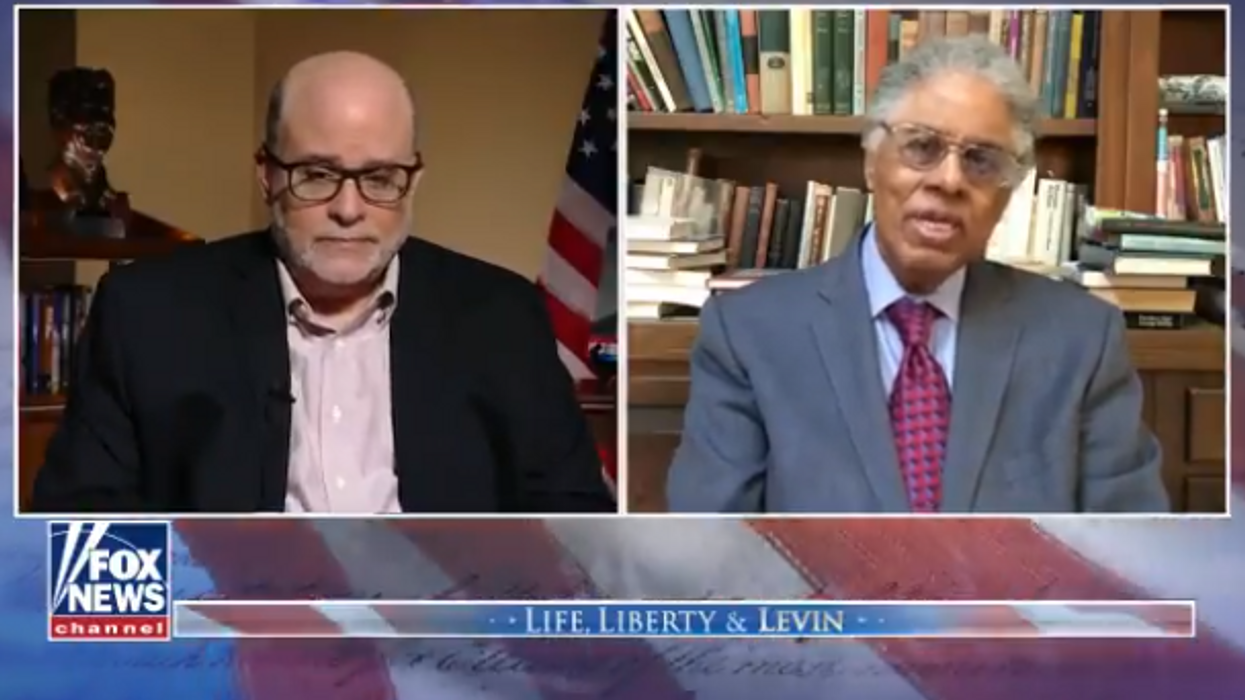 “You hear this phrase, ‘systemic racism’ [or] ‘systemic oppression.’ You hear it on our college campuses,” Mark Levin told Sowell in Sunday night’s episode of Fox News‘ “Life Liberty & Levin.” You hear it from very wealthy and fabulously famous sports stars. What does that mean? And whatever it means, is it true?”

“It really has no meaning that can be specified and tested in the way that one tests hypotheses,” Sowell responded. “It does remind me of the propaganda tactics of Joseph Goebbels during the age of the Nazis, which he supposed to have said, ‘People will believe any lie if it is repeated long enough and loud enough.'”

“It’s one of many words that I don’t think even the people who use it have any clear idea what they’re saying,” Sowell explained. “Their purpose served is to have other people cave in.”

“They’re absolute hypocrites,” Levin said of leftists. “They claim they want equality for all. They claim that there’ll be the withering away of the … police departments … and yet every time you look at a Marxist state, it is an authoritarian, top-down, centralized police state.”

“For example, one of the things I came across in writing a previous book was the poverty rate between blacks and whites,” Sowell said. “And, if I remember the numbers correctly, something like 22% of blacks were in poverty, 11% of whites were in poverty. Which, ‘Well, that shows the racism.'”

Sowell found that the poverty rate among black married couples was 7.5%.

“If the election goes to [Joe] Biden, there’s a good chance that the Democrats will control [Congress] and considering the kinds of things that they’re proposing, that could well be the point of no return for this country,” the Rose and Milton Friedman Senior Fellow stated.

TONIGHT at 8 PM eastern on Fox, my exclusive interview with the great Thomas Sowell on Life, Liberty & Levin for th… https://t.co/ROdxo4W1nj

You can watch more of Mark Levin on BlazeTV.


Mark Levin: If We Don’t Teach Children to Love This Country, We Won’t Survive