On his first day in office, Joe Biden has already signed a whole bunch of executive orders. He has started with imposing a federal mask mandate (for government employees), a commitment to “racial equity,” and rejoining the Paris Climate Agreement.

In addition to the “100 Days Masking Challenge” for the federal government, Biden signed an order making it the official policy of the United States government to “advance racial equity.” This will reportedly abolish Trump’s “1776 Commission” for patriotic education, which his new domestic policy adviser Susan Rice called “harmful,” and have all government agencies review their programs and activities to ensure federal funds are “equitably distributed in communities of color.”

According to numerous reports, the Biden administration will also include an order to count non-citizens in the U.S. Census again – something Trump tried to stop, as well as strengthening “workplace discrimination protections based on sexual orientation and gender identity.”

Trump also withdrew the U.S. from the climate pact on his first day in office in 2017. Biden’s executive order would see the U.S. rejoin within 30 days, with former secretary of state John Kerry now acting as “climate czar” in charge of its implementation. The Biden White House is also re-establishing the Directorate for Global Health Security and Biodefense, which was part of the National Security Council under the Obama administration, and rejoining the World Health Organization.

Another order would have the federal government reverse or re-do more than 100 Trump directives as “harmful” to the environment, killing the Keystone XL pipeline and reversing the permits for development inside several federal preserves such as Bears Ears and Grand Staircase-Escalante. The government was also directed to “consider revising vehicle fuel economic and emissions standards” to where they were under Obama. –RT

So far, it feels like Obama’s administration is back in office. Enjoy the show, folks. This was all by design and all preplanned.

In politics, nothing happens by accident. If it happens, you can bet it was planned that way. –Franklin D. Roosevelt

The post Biden Already Signs A Bunch Of Executive Orders Including A “Mask Challenge” first appeared on SHTF Plan – When It Hits The Fan, Don’t Say We Didn’t Warn You. 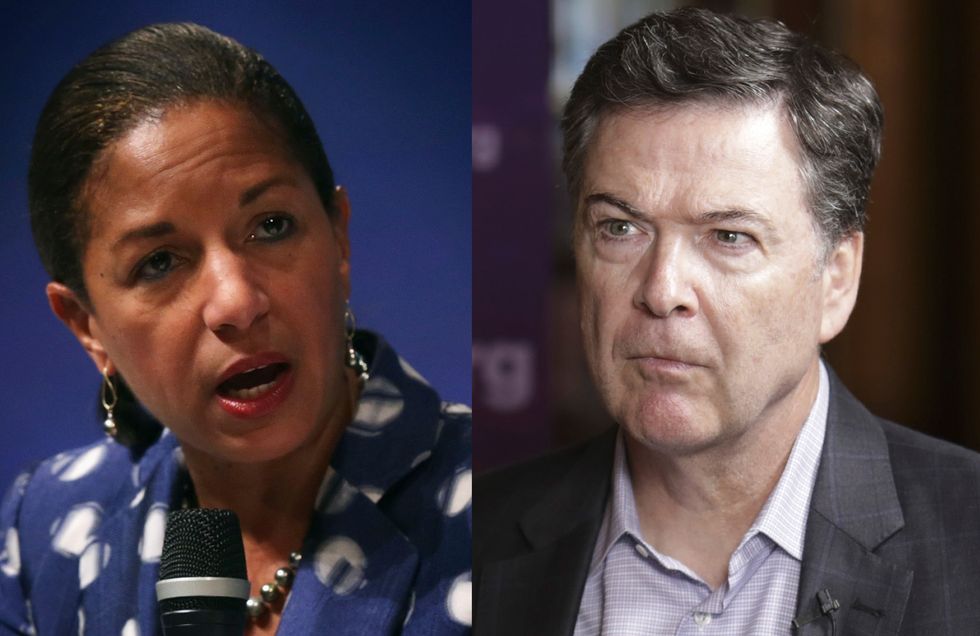 The Senate Judiciary Committee voted to authorize subpoena power in the investigation into the motivation for the FBI probe into Russian election interference.

The 12-10 vote fell along partisan lines on Thursday.

“Today, the Judiciary Committee resumed its mission to get to the bottom of Crossfire Hurricane and the Russia investigation by authorizing dozens of new subpoenas to former Obama administration officials involved in these operations,” said Graham in a tweet.

Democrats attempted to include in the motion authority to subpoena Trump administration officials, but those efforts were thwarted by Republicans who accused them of trying to end the probe.

“I’m not going to be stopped,” responded Graham.

Republicans and other allies of the president claim that the probe into Russian interference was motivated by a political agenda to bring down the incoming Trump administration.

Democrats claim the investigation was conducted in good faith and sought to uncover if the Trump campaign had reached out to Russia to obtain information that could have swung the 2016 election.

Here’s more about the “Obamagate” scandal:


Sen. Graham on FBI misconduct: On the left they only care about getting Trump 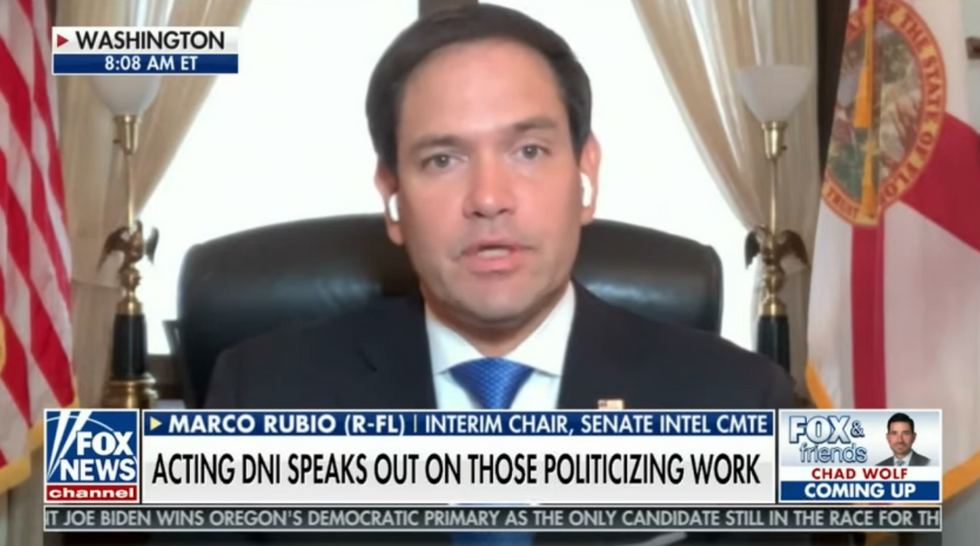 New acting Senate Intelligence Committee Chairman Marco Rubio (R-Fla.) said Wednesday that “someone broke the law” by leaking the contents of retired Gen. Michael Flynn’s December 2016 phone call with former Russian Ambassador Sergey Kislyak — and that this fact alone is cause for investigation.

In an appearance on Fox News’ “Fox & Friends,” the senator explained the importance that information collected by intelligence agencies is not leaked — especially in order to “further a political narrative” — before suggesting that “at the end of the day, elements of a phone call between Mr. Flynn and the ambassador from Russia at the time were leaked to the press.”

“Someone broke the law,” he stated, adding that this fact “alone is cause for accountability to find out who did it.”

Rubio then suggested that since the information was owned by the FBI, it seems likely that an FBI official may have been responsible for the leak, adding further suspicion as to whether top officials at the FBI broke the law during the bureau’s probe of the Trump campaign.

“That is information that was owned not by the intelligence community,” he said. “It was owned by the FBI, they have possession of it, and so I think it’s very valid to ask who knew about this information.

“You cannot have a law enforcement agency have people within it break the law,” Rubio added.

Rubio discussed a wide range of issues during the interview, including the newly declassified email from Susan Rice, former national security adviser for the Obama administration.

The email documents a meeting of Obama officials regarding Flynn on Trump’s inauguration day and demonstrates that former FBI Director James Comey was at that time proceeding in an investigation into the incoming national security adviser.

Rubio highlights this fact to again argue that Judiciary Committee hearings into potential wrongdoing by the FBI is justified.

“[The email] actually makes it abundantly clear that this is actually at that point no longer an intelligence community issue, this was an FBI issue, which is why I believe that the hearings in Judiciary is the proper forum to look at how the FBI handled this entire process and figure out if there was any wrongdoing in the way it was approached,” Rubio said. 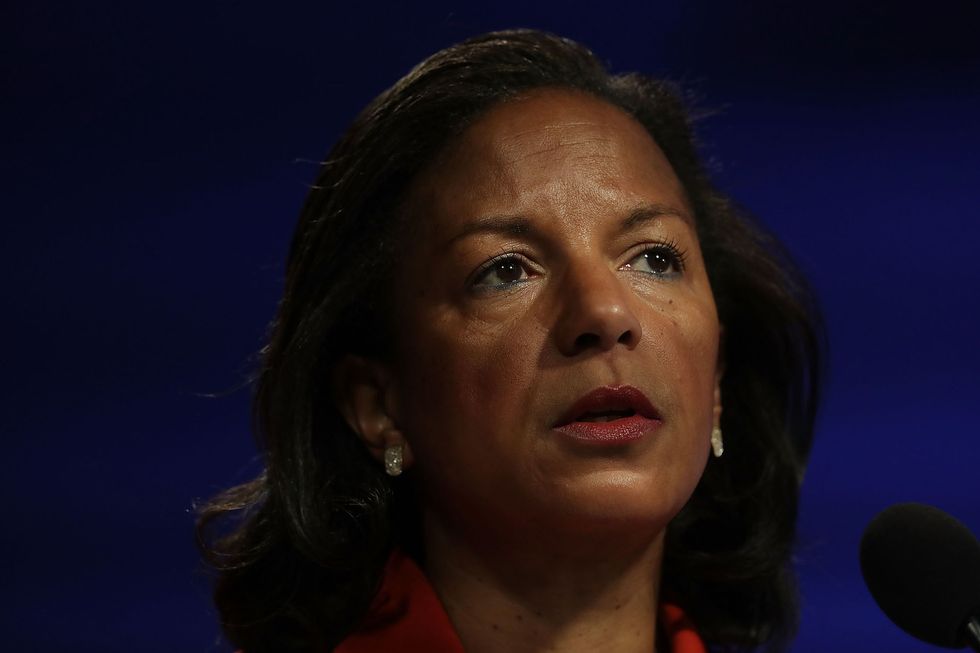 A newly
declassified email from former Obama official Susan Rice appears to conflict with the statement her lawyer gave to Congress about that email in 2018.

The email was sent by Rice to herself on the day of President Donald Trump’s inauguration in order to document her notes about a meeting of Obama officials about incoming national security advisor Mike Flynn.

The newly un-redacted portion of the email
involves the warning from former FBI Director James Comey that Flynn had an unusual number of interactions with a Russian ambassador.


Director Comey affirmed that he is proceeding “by the book” as it relates to law enforcement. From a national security perspective, Comey said he does have some concerns that incoming NSA Flynn is speaking frequently with Russian Ambassador Kislyak. Comey said that could be an issue as it relates to sharing sensitive information.

President Obama asked if Comey was saying that the NSC should not pass sensitive information related to Russia to Flynn. Comey replied, ‘potentially.’ He added that he has no indication thus far that Flynn has passed classified information to Kislyak, but he noted that the ‘level of communication is unusual.’

But in a statement sent in 2018 from her attorney Kathryn Ruemmler to Congress, Rice indicated that she had no knowledge about any investigation by the FBI into Trump officials colluding with Russian officials.

While serving as National Security Advisor, Ambassador Rice was not briefed on the existence of any FBI investigation into allegations of collusion between Mr. Trump’s associates and Russia, and she later learned of the fact of this investigation from Director Comey’s subsequent public testimony.

The letter goes on to claim that Rice didn’t know about any FISA applications made during the investigation into alleged collusion:

Ambassador Rice was not informed of any FISA applications sought by the FBI in its investigation, and she only learned of them from press reports after leaving office.

This appears to conflict with the declassified portion of her self-email that show Comey discussed the communications that the FBI had obtained between Flynn and the Russian ambassador.

Rice released a statement through her spokesperson Erin Pelton in response to the release of the declassified email.

The statement denies that the meeting had anything to do with an FBI investigation and decries “dishonest accusations” making such claims.

Ambassador Rice’s email makes clear that no discussion of law enforcement matters or investigations took place, despite dishonest accusations to the contrary. The email clearly states that President Obama stressed that he was “not asking about, initiating or instructing anything from a law enforcement perspective.”

The statement goes on to ask that the Director of National Intelligence release the “unredacted transcripts of all Kislyak-Flynn calls.”

In the wake of the release of the declassified email, a resurfaced video of Rice’s claims was circulated on social media to further corroborate the claim that she had been dishonest about the unmasking of Trump officials. The video comes from an interview on PBS in March 2017.

“During the transition, after President Trump uh, had been elected, he and the people around him may have been caught up in surveillance of foreign individuals and that their identities may have been disclosed,” said PBS host Judy Woodruff. “Do you know anything about this?”

“I know nothing about this,” claimed Rice. 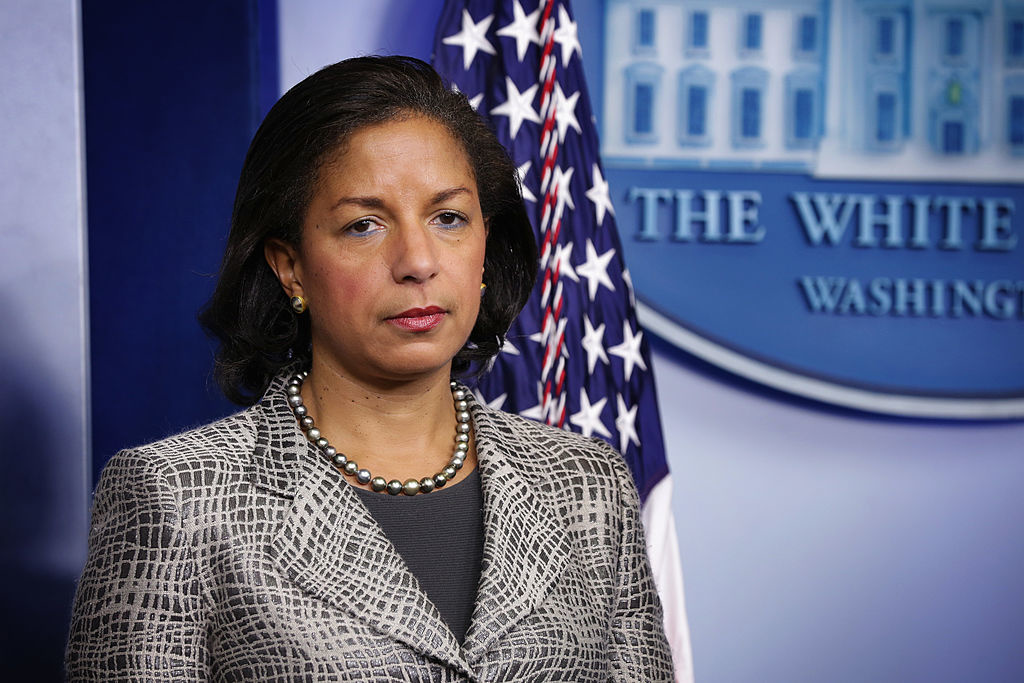 Susan Rice, a national security adviser during the Obama administration, claims President Donald Trump is responsible for American deaths during the coronavirus outbreak.

Speaking with the Washington Post’s Jonathan Capehart on the “Cape Up” podcast, Rice said Trump’s “incompetence” has cost “tens of thousands of American lives.”

“He has demonstrated utter lack of leadership, utter incompetence. And he’s been profoundly dishonest about the nature of the threat to the American people by downplaying it, by dismissing it, by comparing it to the flu,” Rice said.

“He has misled the American people to such an extent that lives have been lost in the process,” she continued. “Whether that’s because he didn’t care or he was trying to downplay the problem and buoy his electoral prospects mistakenly, or whether it was to buck up the markets, or because he doesn’t care, I don’t know what it was.

“I just know that he has cost tens of thousands of American lives,” Rice declared.

Is Rice telling the truth?

However, research indicates this is not completely accurate.

In fact, the Obama administration significantly depleted the national stockpile of medical equipment containing N95 respirator masks and other personal protection equipment that has now become vital in the face of COVID-19.

Fact-checking this claim about the Obama administration, USA Today reported:

We rate this claim TRUE because it is supported by our research. There is no indication that the Obama administration took significant steps to replenish the supply of N95 masks in the Strategic National Stockpile after it was depleted from repeated crises. Calls for action came from experts at the time concerned for the country’s ability to respond to future serious pandemics. Such recommendations were, for whatever reason, not heeded.

She claimed that Trump should have began “moving immediately from very early January to do the things that we know we have to do.”

But that was not possible considering the World Health Organization was disseminating Chinese propaganda that COVID-19 was not transmittable from human-to-human contact. In fact, the WHO did not declare coronavirus a pandemic until March — at least two months after the disease began spreading around the world.

And when Trump did act — placing travel restrictions on travel to China and mandating a 14-day quarantine for people returning from the Chinese providence from which COVID-19 originated — WHO director-general Tedros Adhanom bashed the moved as not “evidence-based.”

The media also decried the move.

“The Trump administration’s quarantine and travel ban in response to the Wuhan coronavirus could undercut international efforts to fight the outbreak by antagonizing Chinese leaders, as well as stigmatizing people of Asian descent, according to a growing chorus of public health experts and lawmakers,” Politico declared on Feb. 4.