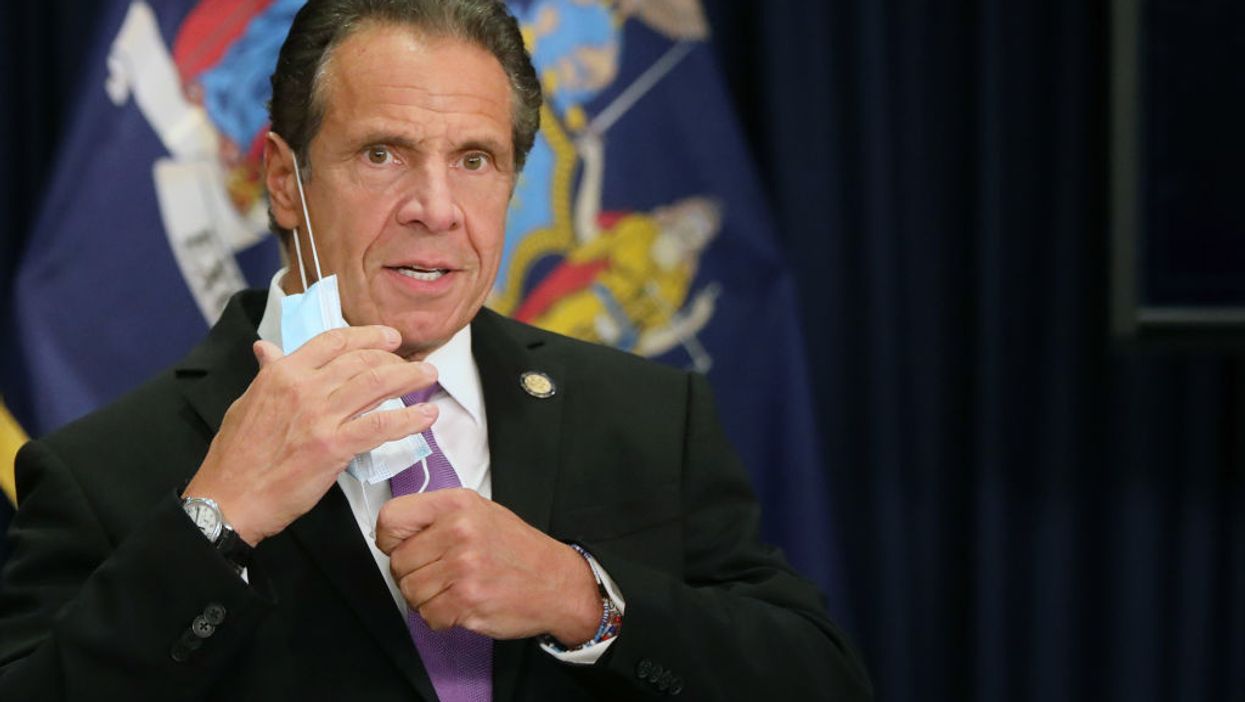 The Revolutionary War was fought, in the words of Sam Adams on Aug. 1, 1776, to determine whether “there shall be left to mankind an asylum on earth for civil and religious liberty.” The purpose of just governance is laid out plainly in our Constitution — to “secure the blessings of liberty,” but at the same time to “establish justice” and “ensure domestic tranquility.” New York Gov. Andrew Cuomo flipped this founding principle upside down by using government to harass New York’s Jews and target their inalienable rights, while releasing criminals and blithely ignoring the violence on the streets. Indeed, revolutions have been fought over lesser abuses and usurpations.

After Cuomo singled out the Orthodox Jewish community by name for causing the increased spread in the virus (which is occurring in almost every part of the world), inspectors from many state enforcement agencies fanned out in their communities to issue citations. One local Jewish publication took a picture of a target list from inspectors, which revealed that every business or institution on the list was Jewish. In what makes the revolutionary-era British tax collectors and the Townshend Acts look like a liberty paradise, there are now city inspectors harassing Jewish business owners and falsely accusing them of not complying with recent coronavirus restrictions.

Jewish restaurant owner pleads with misinformed NYC inspector who is citing him with a court summons/fine for “viol… https://t.co/04KtkYsQat

While Cuomo is very concerned about a temporary rise in cases because it interferes with the optics of his book release, he doesn’t appear to be bothered by large gatherings that are not Jewish. Last week, a wedding planned for the granddaughter of a known Rabbi in the city was shut down by Cuomo. Yet just two days earlier, not a word was said by Cuomo or his officials about a large BLM rally for Breonna Taylor in Manhattan.

Cuomo has also targeted in-person classes of Jewish schools in certain zip codes, even though his own data from randomized testing shows no statistical spread of the virus by New York City schoolchildren.

Closing religious schools, houses of worship, and businesses … these are the things that were not tampered with even by King George. Revolutions were fought over less.

But it gets worse. You might think that Governor Cuomo and NYC Mayor Bill de Blasio have so many resources on hand to pursue a war against civil and religious liberty, particularly targeting Jews, because the city is safe from crime. Not a chance! New York City is experiencing its worst increase in crime since the early 1990s, and the subways are beginning to look like they did during the days of David Dinkins.

The family of Bi He, 73, and husband Ren Bao, 82, would sure have wanted Cuomo’s laser-beam focus on obeying laws to have been present in the Brooklyn subway on Monday when they and their grandson were brutally attacked. Bi He had her foot twisted, was shoved onto the tracks, and would have been run over if not for the quick reaction by the train conductor of the oncoming subway car. Unfortunately for them and for the increasing number of subway attack victims, the attacker was likely not Jewish, so Cuomo won’t flood the subways with inspectors and police

The previous evening, a man was randomly shot in the neck while waiting on a subway platform in Manhattan. Last Friday night, a 30-year-old woman was found dead, face-down in a Brooklyn subway. Every week, there are more brazen and heinous assaults committed on the subways, often targeting elderly people.

The lack of deterrent against subway violence stemming from the breakdown in law and order is emblematic of the broader problem on New York’s streets this year. Overall, the number of shooting incidents in the city increased 127% in September over the same period last year. And while Cuomo and de Blasio criminalize basic life, liberty, and property under the puerile assumption that they can stop a virus, they are using the same virus as a pretext to keep thousands of criminals out of state and city jails. Meanwhile, the NYPD is catching these same people committing more crimes after they are released.

So, with all this crime and mayhem, where are the police? I guess Cuomo is too busy patrolling Jewish weddings. After all, he wants to keep everyone safe.