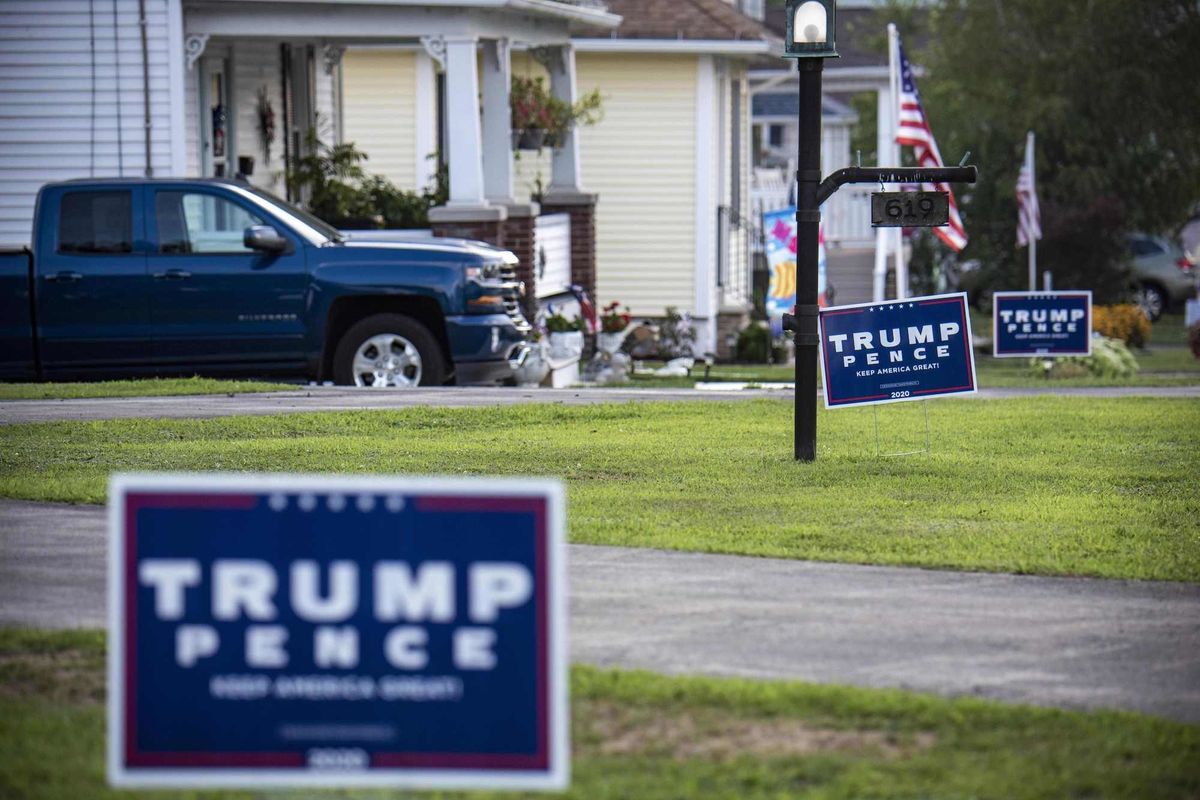 Police in Topeka, Kansas, say that a dispute over stolen Trump campaign signs led to at least three juveniles being shot.

Topeka Police Lt. Joe Perry said that a man confronted a group of people that he suspected of having stolen his signs in support of the re-election of President Donald Trump, according to the Topeka Capital-Journal.

Police responded to calls of shots being fired and when they arrived at the scene they discovered one juvenile in a crashed car who had been shot.

While police were investigating the matter, two other juveniles arrived at a local hospital by car with shooting injuries.

Incident reports indicated that victims were ages 15, 16, and 17 years old. They and two other teenagers were listed as victims of aggravated battery.

Police said that no Trump signs were stolen on Saturday, and they didn’t indicate whether the teens actually stole the signs.

The two men who allegedly shot at the teenagers were ages 39 and 34 years old. They were listed as victims of aggravated assault with a motor vehicle.

Topeka Police Dept. spokeswoman Gretchen Spiker said that no one had been arrested but that arrests were forthcoming. She did not confirm whether the shootings were directly as a result of the stolen Trump signs.

“The investigation into the circumstances surrounding this incident remains very active,” Spiker said, according to the Kansas Reflector. “With less than 48 hours into the investigation, detectives continue to conduct interviews with involved parties and witnesses. New information continues to be forthcoming.”

Police said that 27 political signs have been stolen in the area, but most of the stolen signs supported Joe Biden, the Democratic presidential candidate.

A far less violent war over political signs was fought in Coronado near San Diego, where Trump supporters were surprised to find someone was planting other signs in their front yards reading, “Racism lives here” in the style of a Trump sign. Police in that case said they were investigating but that there was no crime associated with planting such a sign.