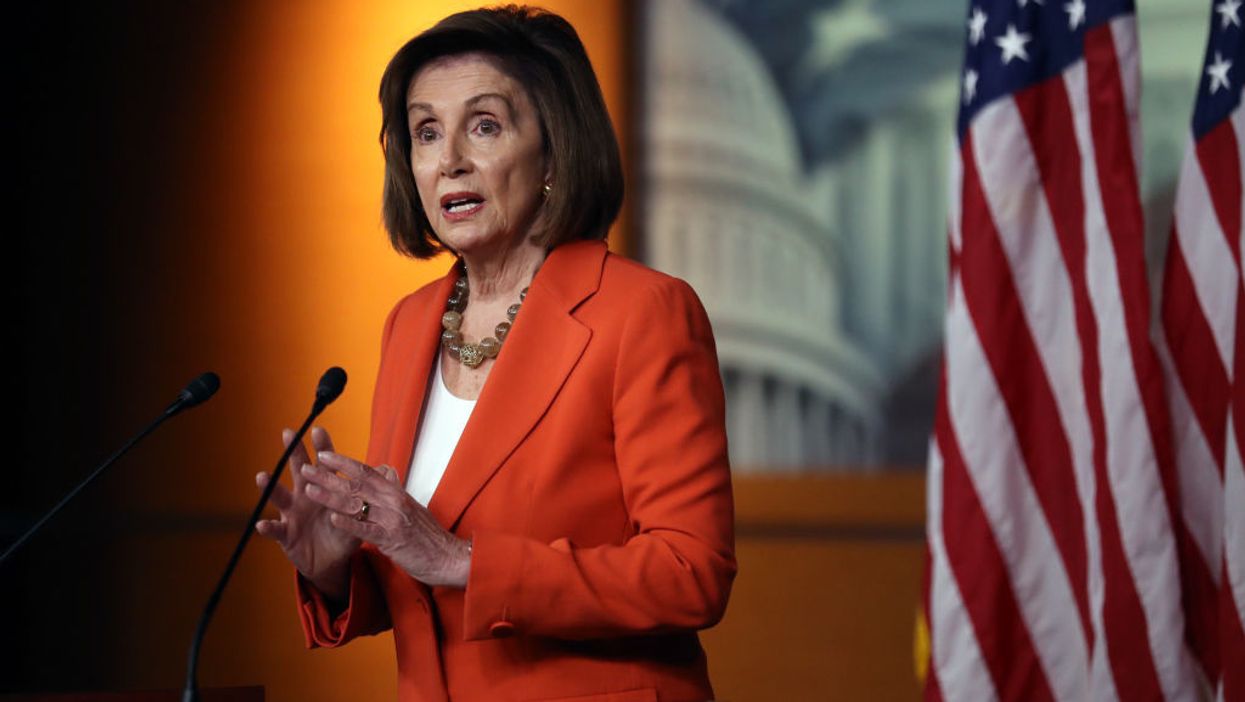 What did Scalise say?

Rep. Rodney Davis (R-Ill.), the ranking member on the House Committee on House Administration has been urging Pelosi to implement “a comprehensive health monitoring system and testing program for our Capitol Hill campus in order to help us do our part to stop the spread of coronavirus.”

But she has so far refused to take action, Scalise explained on “Fox and Friends.”

The development is significant because it may indicate a COVID-19 outbreak among lawmakers over the coming weeks. More importantly, Lee and Tillis are two senators who sit on the Senate Judiciary Committee and will have a role to play as Barrett’s confirmation hearings begin next week.

In a joint statement on Friday, Schumer and Sen. Dianne Feinstein (D-Calif.), the ranking member of the Senate Judiciary Committee, said “this already illegitimate process will become a dangerous one” if Barrett’s confirmation hearings are not temporarily delayed.

“It’s critical that Chairman [Lindsey] Graham put the health of senators, the nominee, and staff first — and ensure a full and fair hearing that is not rushed, not truncated, and not virtual,” Schumer and Feinstein said.

In a statement, McConnell said he would seek “consent agreement for the Senate to meet in pro forma sessions for the next two weeks.” If Democrats agree, Senate floor activity would be halted until at least Oct. 19.

But, McConnell said, Barrett’s confirmation process would be unaffected by any delay.

“The Senate’s floor schedule will not interrupt the thorough, fair, and historically supported confirmation process previously laid out by Chairman Graham,” McConnell said. 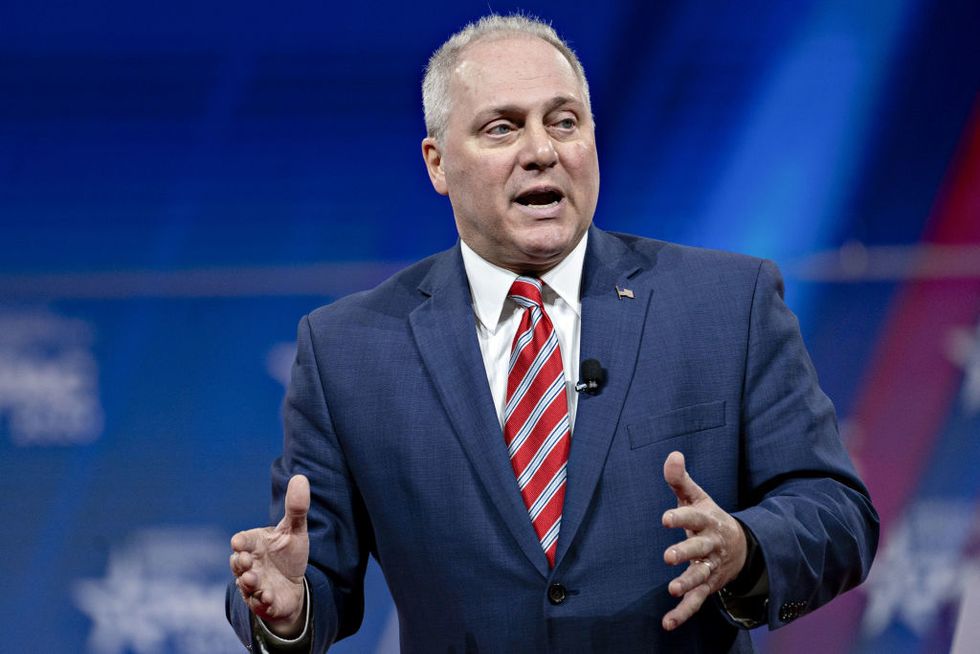 House Minority Whip Steve Scalise (R-La.) announced on a conference call with Republican colleagues Wednesday that he will be whipping against the Foreign Intelligence Surveillance Act reauthorization bill, according to Fox News’ Mike Emmanuel.

The bill, officially termed the USA Freedom Reauthorization Act of 2020, was passed by the Senate and sent back to the House earlier this month. But according to Politico, the bill, which aims to renew key domestic surveillance powers, was only passed after civil libertarians were able to add amendments limiting those powers.

Following the Senate vote, Justice Department national security spokesman Marc Raimondi said in a statement that the amendments to the bill “would unacceptably degrade our ability to conduct surveillance of terrorists, spies and other national security threats.”

Despite the changes, on Tuesday, President Trump put pressure on Republicans in the House by tweeting out his opposition to the bill.

“I hope all Republican House Members vote NO on FISA until such time as our Country is able to determine how and why the greatest political, criminal, and subversive scandal in USA history took place!” Trump wrote.

In the tweet, the president made mention of allegations that the Obama administration improperly used the federal government’s surveillance powers, specifically the FISA process, to spy on his incoming administration in 2016. After all, it was the FISA warrant process that launched the FBI’s probe into the Trump campaign.

Since then, newly declassified documents from the FBI’s investigation into Trump’s former national security adviser Gen. Michael Flynn have further raised questions about the Obama administration’s use of surveillance powers on the retired general. 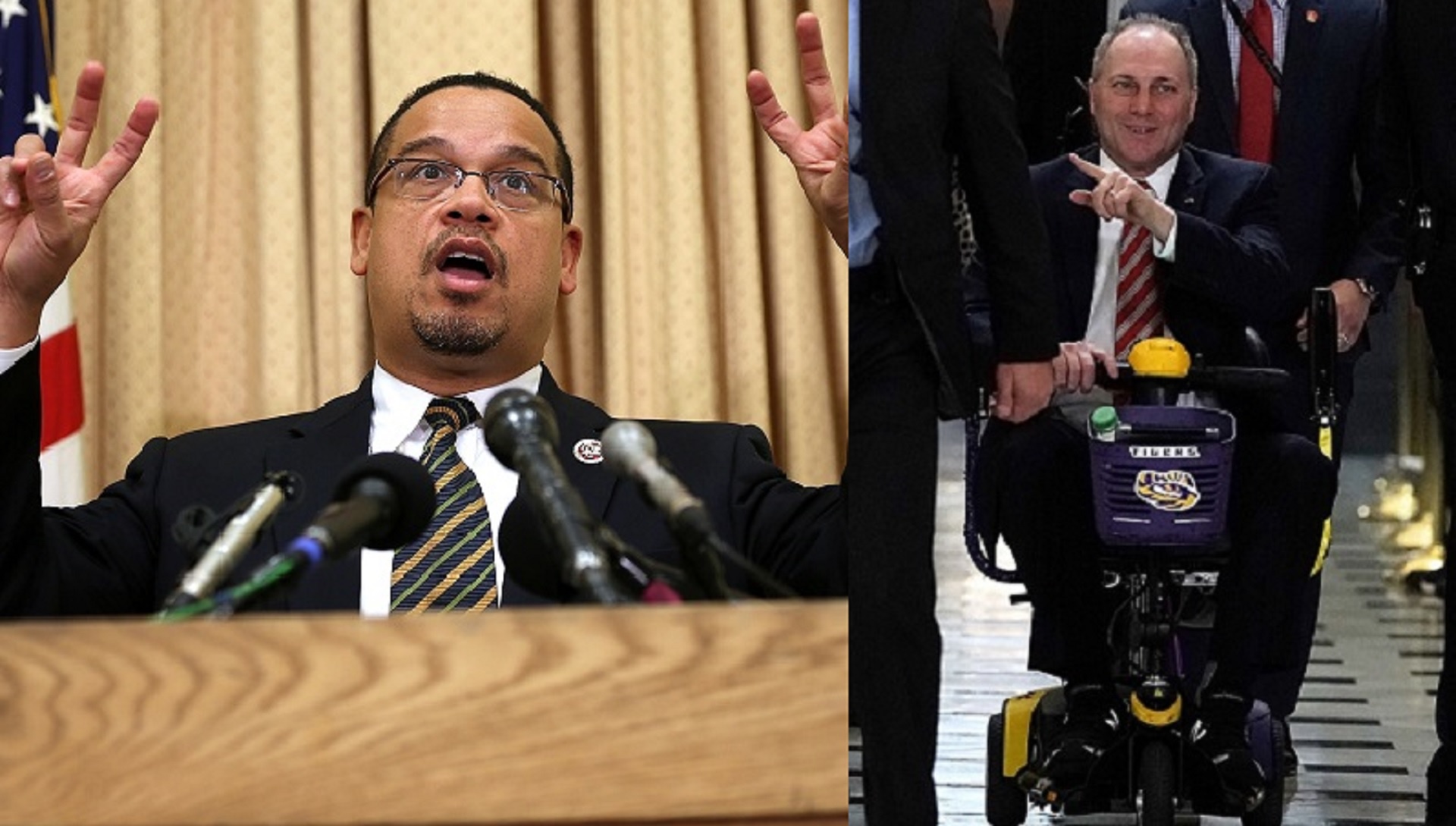 House Minority Whip Steve Scalise (R-La.) — who was shot and nearly killed by a Sanders supporter — answered the call.

“I have never seen @BernieSanders supporters being unusually mean or rude,” Ellison declared on Twitter, before asking, “Can someone send me an example of a ‘Bernie Bro’ being bad. Also, are we holding all candidates responsible for the behavior of their supporters.”

He taunted, “Waiting to hear.”

Rep. Scalise responded to Ellison’s tweet with a subtle but heavy-hitting takedown: “I can think of an example.”

The Republican from Louisiana was shot by a crazed, ardent supporter of Sanders while practicing with his GOP colleagues for the annual congressional baseball game in the summer of 2017. The attack left five people injured including Scalise, who was in critical condition. He underwent multiple surgeries and months of rehabilitation.

Ellison was attempting to come to the defense of so-called “Bernie Bros,” as radical Sanders supporters have been called out by the left and the right for harassing the democratic socialist’s political opponents both online and in public.

But Rep. Scalise was not the only person able to deliver an example of a Sanders supporter crossing the line, and several of Ellison’s fellow Democrats offered screenshots documenting threats of violence they had received from Bernie Bros.

One was Khary Penebaker, Treasurer of the Democratic National Committee’s Black Caucus, who wrote, “Keith, here is an example. This was from last week. This user said that I was fu*cking gross and should meet a bus (meaning that I should be hit by a bus). Reading the user’s timeline you’ll see that he’s a Sanders supporter.”