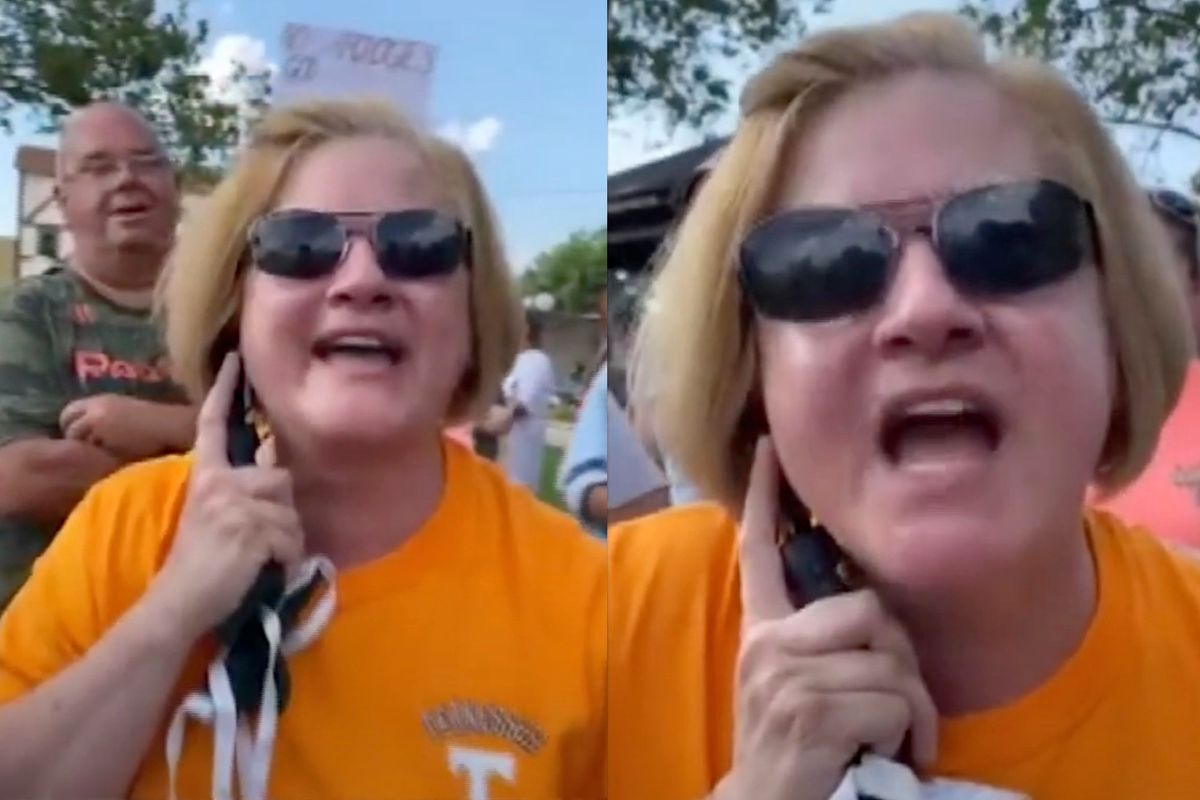 A woman regrets yelling “white lives are better” at a group of Black Lives Matter protesters after the video of her comments went viral and she lost her job over it.

The incident happened at a protest in Elizabethton in Tennessee.

In another part of the video, she yells at a protester, “You’re a gay homosexual piece of crap who’s going to burn in hell.”

A man standing next to her says in the video, “We should have kept you (expletive) slaves, that’s what we should’ve done.”

The video was recorded by Sierra Gilmer, a teenager who told WJHL-TV she was simply recording reactions from people in the crowd when she happened upon Sonya Holt.

“I was live streaming on the Instagram on Johnson City BLM and just happened to get that on video. It was crazy. We kind of knew what to expect going into it,” said Gilmer.

“She started screaming everything that she did and telling me that, I’m just a poor little black girl with a messed up mind that, we should have been kept as slaves and all these things,” Gilmer said of Holt.

Keith Family Vision Clinic told WCYB-TV that Holt was fired from her job after the video went viral.

In an interview with WJHL-TV, Holt said she regretted her comments.

“I would like to apologize to the little girl. I did not know that she was a minor. If I had known she was a minor, I would have never spoken to her,” Holt said.

She confirmed that she lost her job over the video.

“I no longer have a job. I don’t have any animosity towards the doctors I worked for. They’re great people. Of course, I didn’t want their business to suffer because of mistakes that I made and I have great respect for them. They did what they had to do to protect their business,” Holt said.

Here’s the video of the heated interaction: