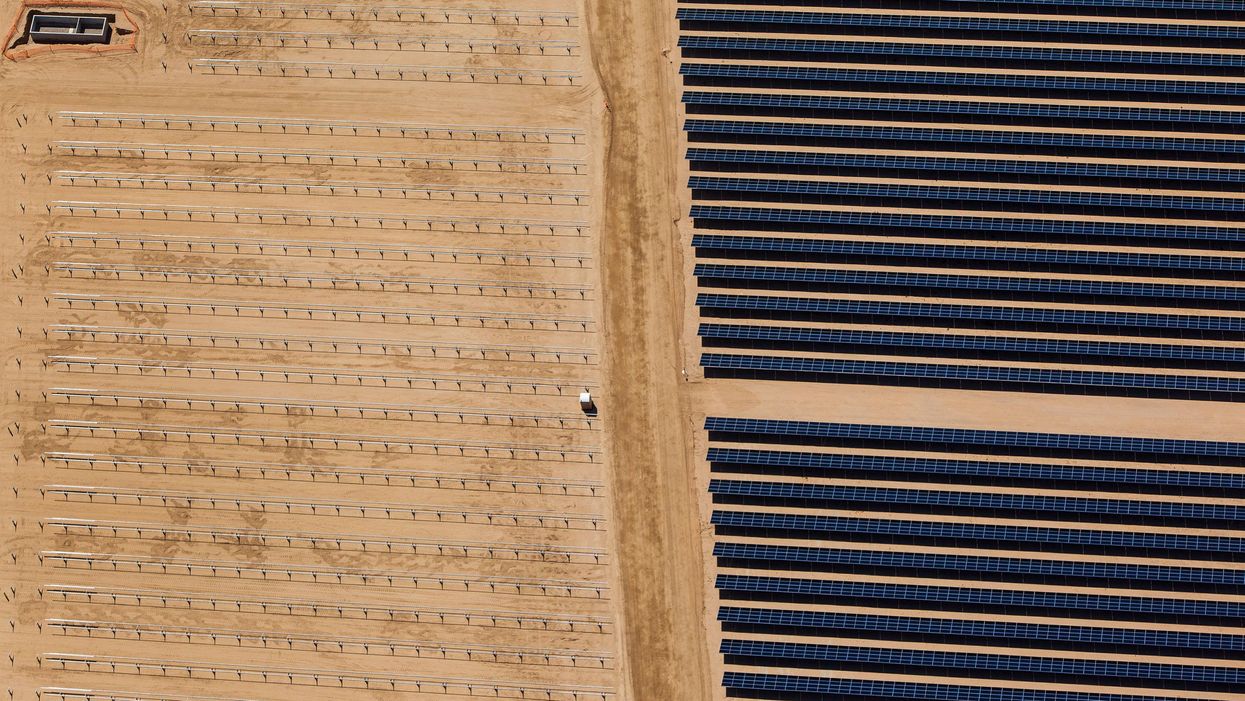 A new study finds there could be unintended consequences of constructing massive solar farms in deserts around the world. The eye-opening research claims that huge solar farms, such as in the Sahara, could usher in environmental crises, including altering the climate and causing global warming.

The study was carried out by Zhengyao Lu, a researcher in Physical Geography at Lund University, and Benjamin Smith, director of research at the Hawkesbury Institute for the Environment at Western Sydney University. The results of their research were published in a Feb. 11 article in The Conversation.

Solar panels are darker colors such as black and blue to attract and absorb more heat, but they are usually much darker than the ground around the solar panel. The post cites an article that claims most solar panels are between 15% and 20% efficient in converting sunlight into usable energy. The researchers assert that the rest of the sunlight is returned to the surrounding environment as heat, “affecting the climate.”

The article notes that in order to replace fossil fuels, solar farms would need to be enormous — covering thousands of square miles, according to this article. Solar farms of this magnitude potentially present environmental consequences, not just locally but globally.

Authors of a 2018 study say that climate models show that installing ample numbers of wind turbines would double precipitation in the Sahara desert, and solar panels would increase precipitation by 50%. The researchers came to this conclusion by determining that the solar panels and wind turbines would decrease the albedo on the land surface. Albedo is the fraction of light that is reflected by a body or surface.

The model revealed that when the size of the solar farm reaches 20% of the total area of the Sahara, it triggers a feedback loop. Heat emitted by the darker solar panels (compared to the highly reflective desert soil) creates a steep temperature difference between the land and the surrounding oceans that ultimately lowers surface air pressure and causes moist air to rise and condense into raindrops. With more monsoon rainfall, plants grow and the desert reflects less of the sun’s energy, since vegetation absorbs light better than sand and soil. With more plants present, more water is evaporated, creating a more humid environment that causes vegetation to spread.

Turning the Sahara desert into a lush, green oasis could have climate ramifications around the planet, including affecting the atmosphere, the ocean, the land, changing entire ecosystems, altering precipitation in Amazon’s rainforests, inducing droughts, and potentially triggering more tropical cyclones.

The good-intentioned effort to lower the world’s temperature could potentially do the opposite and increase the planet’s temperature, according to the researchers.

Covering 20% of the Sahara with solar farms raises local temperatures in the desert by 1.5°C according to our model. At 50% coverage, the temperature increase is 2.5°C. This warming is eventually spread around the globe by atmosphere and ocean movement, raising the world’s average temperature by 0.16°C for 20% coverage, and 0.39°C for 50% coverage. The global temperature shift is not uniform though – the polar regions would warm more than the tropics, increasing sea ice loss in the Arctic. This could further accelerate warming, as melting sea ice exposes dark water which absorbs much more solar energy.

The authors conclude their article by stating renewable energy solutions “may help society transition from fossil energy, but Earth system studies like ours underscore the importance of considering the numerous coupled responses of the atmosphere, oceans and land surface when examining their benefits and risks.”