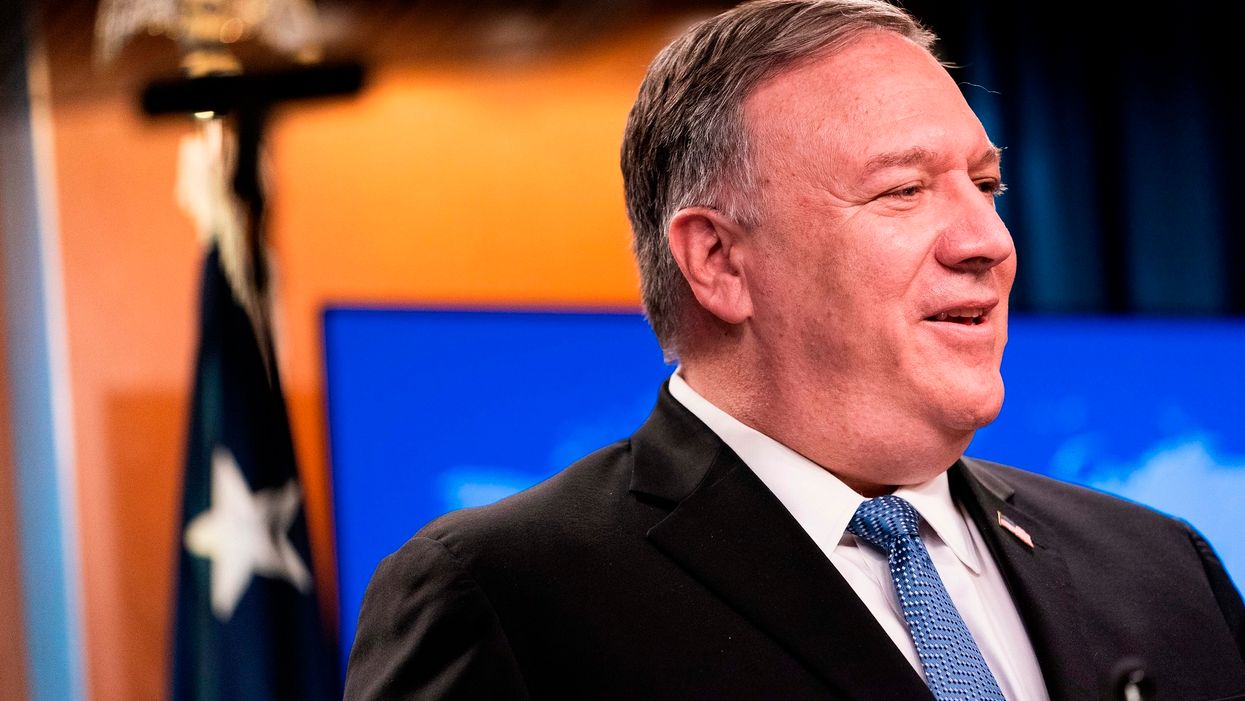 Secretary of State Mike Pompeo said Tuesday that “there will be a smooth transition to a second Trump administration,” dismissing a question about when the State Department might begin working with the transition team of former Vice President Joe Biden, whom several media outlets have declared the winner of the Nov. 3 election.

A reporter asked Pompeo during a news conference, “Is the State Department currently preparing to engage with the Biden transition team, and if not, at what point does a delay hamper a smooth transition or pose a risk to national security?”

“There will be a smooth transition to a second Trump administration,” Pompeo replied, smiling before saying, “Right?”

“We’re ready,” he continued, “The world is watching what’s taking place, here. We’re gonna count all the votes. When the process is complete, there will be electors selected.”

The secretary of state added, “There’s a process. The Constitution lays it out pretty clearly. The world should have every confidence that the transition necessary to make sure that the State Department is functional today, successful today, and successful with a president who’s in office on January 20, a minute after noon, will also be successful.”

“There will be a smooth transition to a second Trump administration,” Sec. Pompeo asserts when asked if the State D… https://t.co/i3HCQpW1nT

The Washington Examiner reported that Pompeo was also “asked if such public misgivings about the electoral outcome ‘discredit’ U.S. efforts to promote free and fair elections overseas.”

Pompeo then pointed to the contested 2000 election between former President George W. Bush and Democratic challenger Al Gore, saying, “It took us 37 plus days in an election back in 2000, [we] conducted a successful transition then. I am very confident that we will count, and we must count every legal vote … any vote that wasn’t lawful ought not be counted. That dilutes your vote, if it’s done improperly, right? When we get it right. We’ll get it right. We’re in good shape.”

But Democrats hit back at Pompeo for his comments.

Senate Minority Leader Chuck Schumer (D-N.Y.) responded, “Look at reality. Secretary Pompeo, Joe Biden has won. He’s won the election. Now move on. Let’s bring this country together and get things done. We have a COVID crisis raging. We don’t have time for these kinds of games.”

The states have until Dec. 9 to finalize their results and resolve any disputes. On Dec. 14, the Electoral College will finalize the outcome of the election.