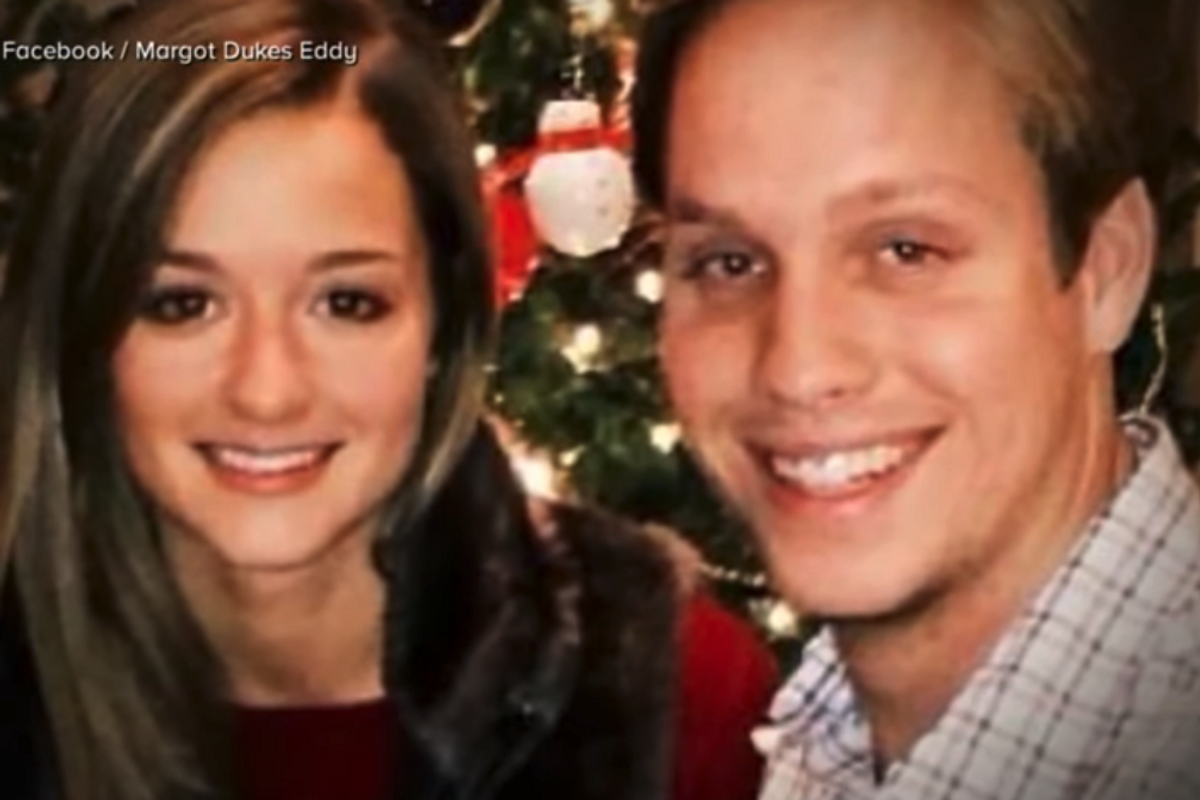 After a man was attacked by a shark while snorkeling in the Florida Keys, witnesses say his pregnant wife immediately jumped into the water and pulled him to safety.

According to the Miami Herald, 30-year-old Andrew Charles Eddy of Atlanta was attacked on Sunday by what was believed to be a bull shark in the water on Sombrero Reef, a popular snorkeling spot near a lighthouse in the Middle Keys.

Witnesses say that the shark slammed into him and bit his shoulder as soon as he entered the water. But without hesitation or regard for her own safety, Eddy’s wife, Margot Dukes-Eddy, immediately jumped into the water to rescue him.

“Dukes saw the shark’s dorsal fin and then blood filling the water [and], without hesitation, dove into the water and pulled Eddy to the safety of the boat,” Monroe County Deputy Christopher Aguanno wrote in a report about the incident.

The Monroe County Sheriff’s Office said Eddy was taken to the beach where paramedics were waiting before being airlifted to Ryder Trauma Center at Miami’s Jackson Memorial Hospital.

Upon arrival, his injury was described as “severe.” As of Tuesday, Eddy’s condition was not available, the Herald reported. A hospital spokesperson indicated that the family was requesting privacy.

“This was a very rare medical crisis for the Florida Keys, but everyone came together — including those witnesses on the boat to 911 Communicators to all our emergency responders — in order to ensure this victim received life-saving care,” said Sheriff Rick Ramsay, according to a post on the sheriff’s office Facebook page.

Other boaters who were in the area Sunday morning told police that they had seen “8 or 9 foot bull shark” in the water that day.

Eddy and his wife, Dukes-Eddy, were reportedly on a 20-foot open motorboat with her parents, her sister, and her sister’s boyfriend on the day of the attack. No other injuries besides Eddy’s were reported.

While the presence of sharks in the water in Monroe County is typical, shark attacks are rare. According to the University of Florida’s International Shark Attack File, there have only been 17 unprovoked shark attacks in the county since 1882.