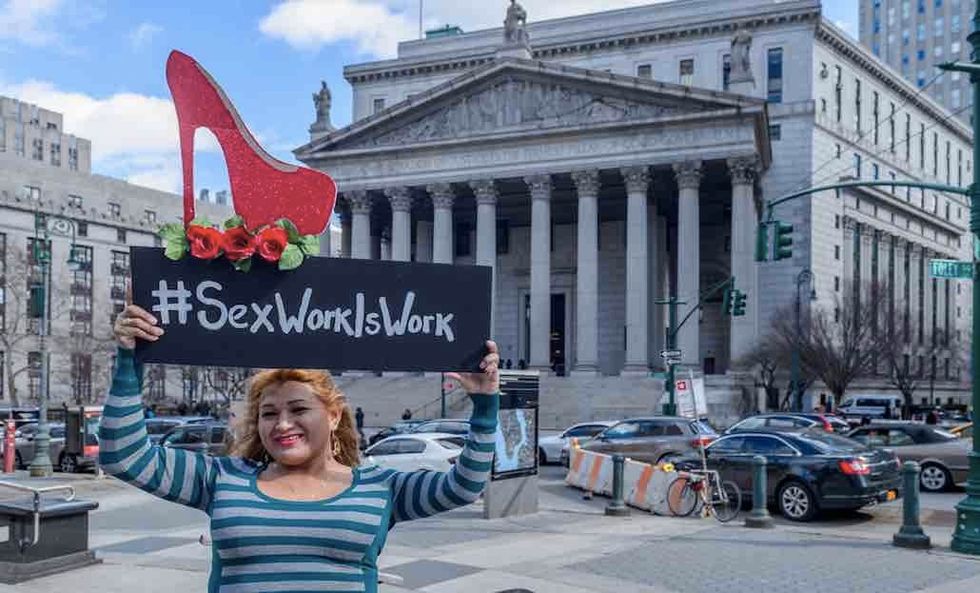 As TheBlaze has previously reported, the coronavirus economic shutdown has been hitting sex workers’ bank accounts like many other people.

How desperate has it become? Well, after a Portland strip club called the Lucky Devil Lounge had to close up shop, the owner switched the outfit to a food-delivery service called Boober Eats — which, of course, features scantily clad strippers carting hot food to patrons’ homes.

‘The pandemic has laid bare all the inequities in society’

Commenting on sex workers’ loss of business — which has left most of them ineligible for jobless benefits and struggling to make ends meet — a sex worker advocate told the Chicago Tribune in a story about the overall impact on the area’s sex-work industry that it’s all very unfair.

“It’s kind of like the way the pandemic has laid bare all the inequities in society, especially the economic ones,” Kathy Rosenfeld of Sex Workers Outreach Project Chicago told the paper. “For sex workers whose livelihood is precarious in the best of times, it has exacerbated the [instability] of our lives.”

She also appeared to decry that sex work is “criminalized” — and told the paper that such treatment works against those in the profession when economic times are tough.

“Since sex work is a criminalized industry, there isn’t the kind of paper trail that federal agencies are looking for,” Rosenfeld noted to the Tribune. “I would say it goes case by case, but in a lot of cases, people whose living has been sex work have been unable to interface with any government assistance.”

Sex Workers Outreach Project Chicago endeavors to raise money to help sex workers short on cash — but it can’t do much more than hand out small amounts, such as $50 for groceries, the paper said.

“I don’t know of any organization dedicated to sex workers that has resources to really make a long-term difference in people’s lives economically,” Rosenfeld noted to the Tribune.

Manisha Shah — a University of California at Los Angeles public policy scholar who’s written about sex work economics — told the paper that the industry isn’t likely to return to the way it operated any time soon.

“I don’t think sex work will go back to its pre-pandemic state even when stay-at-home orders ease, as potential clients will still feel wary of in-person meetings,” Shah noted to the Tribune. “It will likely take longer, perhaps even until a vaccine, before people feel comfortable interacting in person for sex services.” 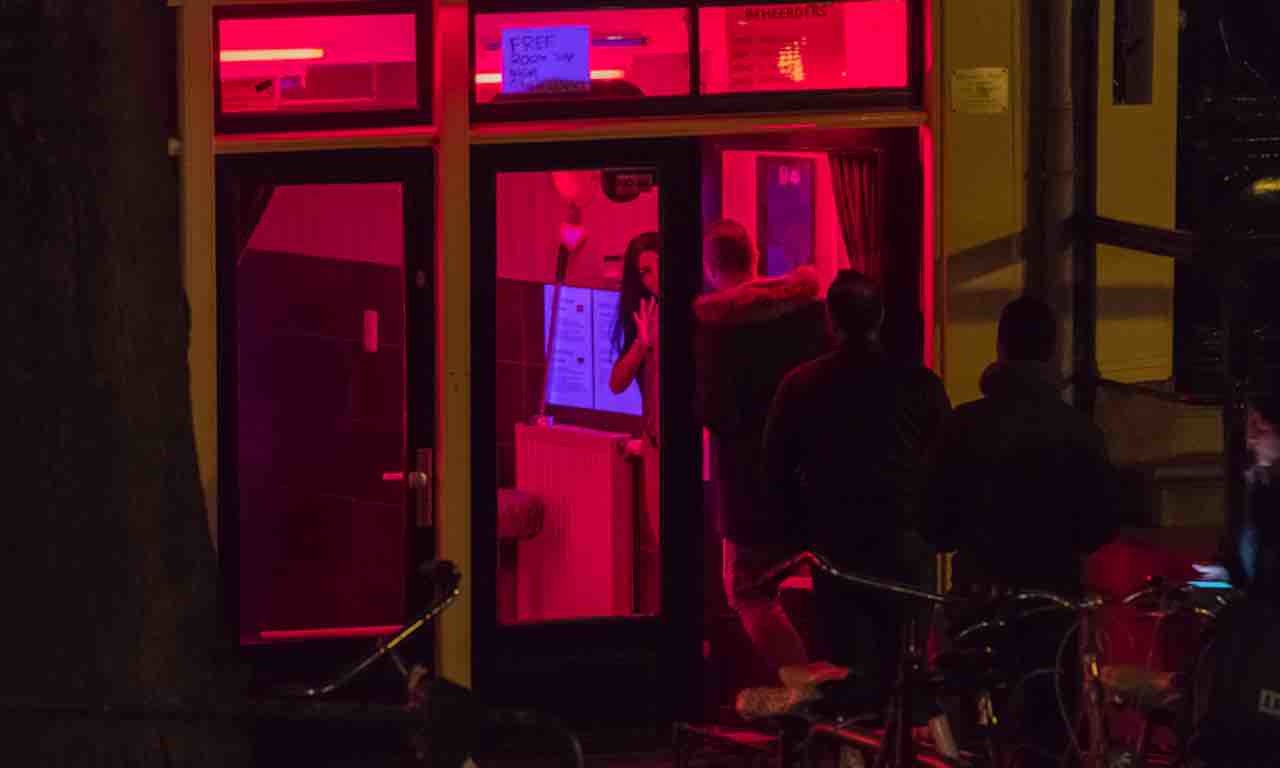 As businesses around the globe are forced to shut their doors and people everywhere shelter in their homes over fears of the spread of coronavirus, what’s often called the world’s oldest profession appears to be feeling the financial pinch.

“Over the past week, business has gone down by 50%,” Aurel Johannes Marx, who runs a three-room brothel on the edge of Berlin, told The Associated Press.

The coronavirus has chased away customers despite disinfectant dispensers now installed next to washbasins at the “Lankwitzer 7” brothel and Marx ordering staff to open windows and hot-wash all towels and sheets, the AP said.

In fact, the outlet said authorities ordered all entertainment venues, including brothels, temporarily closed Saturday. Berlin has 332 COVID-19 cases at present with several dozen infections traced to bars and clubs, the AP added.

“There are those who are withdrawing from the business entirely at the moment for safety reasons,” Bleier Wilp added to the AP, noting also that other sex workers are requiring customers to disinfect themselves — which medical experts say won’t do much to stop the coronavirus from spreading during close physical contact.

Salome Balthus, a Berlin sex worker, told the outlet that most of her colleagues prefer to stay at home.

“But they know that nobody is going to compensate them for loss of income,” she tweeted, according to the AP. “90% of all dates are being canceled anyway. As always, we’re left to fend for ourselves.”

Balthus added to the outlet that “many of us will face housing problems in three months at the latest. In which home should we stay then?”

The AP said most sex workers are self-employed and they won’t benefit directly from the German government’s half-trillion-euro package of loans it’s making available to companies getting hurt by the coronavirus outbreak.

“That means they bear all the risks themselves,” Bleier Wilp told the outlet, adding that a provision in the country’s infectious disease protection law might allow self-employed sex workers to apply for compensation.

What about Amsterdam’s red light district?

More from the AP:

In the Netherlands, Amsterdam’s famed red light district was similarly hard hit after the government on Sunday night ordered the closure of schools, bars and restaurants for three weeks and made a point of mentioning that sex clubs also were affected.

By Sunday night, the normally packed canal-side streets and narrow, cobbled alleys that are normally a tourist magnet were largely deserted. On Monday, the windows where scantily clad sex workers pose to attract customers were largely empty. Some had signs taped to the glass saying: “The office is closed” due to the coronavirus restrictions.

“There are almost no clients because there are no people on the street even. So the brothel owners decided to close down,” an Amsterdam sex worker who goes by the pseudonym Foxxy Angel told the outlet in a telephone interview.

Angel added to the AP that she’s already spent her savings when she couldn’t work for three weeks due to the regular flu.

Still, the Prostitution Information Center in Amsterdam has established an emergency fund for sex workers in financial trouble and is aiming to raise 6,000 euros — $6,590 U.S. — and will give 40 euros to all applicants to cover costs of shopping, medicine, and phone bills, the outlet said.